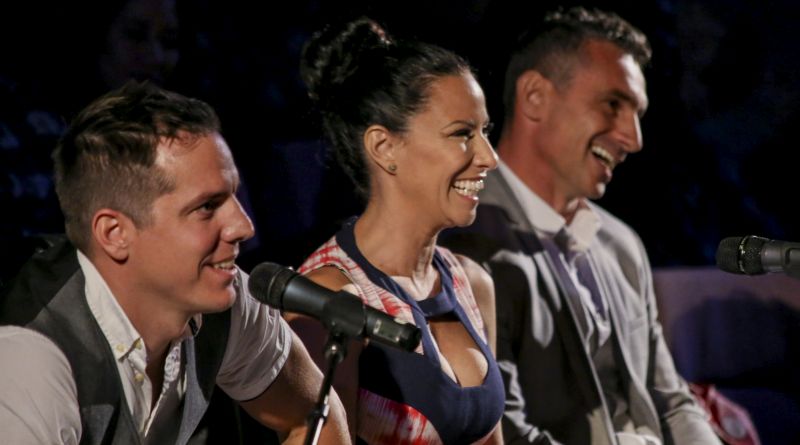 Circus Star USA has announced the winners from the competition that has taken place September 30th.  Circus Talk would like to congratulate the winners!

Circus Star USA is a competition for emerging circus artists to showcase and compete with their circus act. The competition will be held at the El Portal Theatre in North Hollywood, CA on September 30, 2017. 12 young artists will compete against each other in front of 3 judges and an audience of 360 people. Much like the popular television show competition America’s Got Talent, the audience will also have the ability to vote for their favorite act.
As if high stake performance in front of industry professionals weren’t enough, they will also be performing in front of an audience of agents and scouts. There will be prizes of course, such as a half moon lyra from TrapezeRigging.com, rigging gear from VER Sales, a portable conditioning trapeze from Aerial Animals, and a customizable website hosted for one year by 42muses. The prizes are distributed in tiers, with the top three winners will going home with the most, and every performer receiving something.

But the real benefit of this highly competitive event is best explained by Jessica Piekos, the founder of Circus Star USA. I had the opportunity to talk to her, Linda Souza ,the co-producer, and the judges. 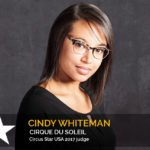 Cindy Whiteman began performing with Cirque du Soleil at the age of 11, visiting over 40 cities across the globe during her tenure before working as an artistic coach at the international headquarters. Cindy is currently Acrobatic Advisor – Resident Shows for the Las Vegas casting team at Cirque du Soleil. 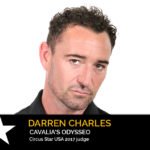 Darren Charles has been the choreographer and creative director for Cavalia’s Odysseo for the last six years. Darren draws from his vast experience in ballet, contemporary dance, ethnic movement and acrobatics, and incorporates an imaginative fusion of styles into his choreography. 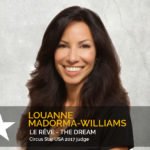 Louanne Madorma-Williams is an accredited and accomplished choreographer / director, casting director, and creative consultant. Louanne is currently the Director of Artistic Implementation and Casting for Wynn Las Vegas where she is responsible for the evolution of the show, Le Rêve – The Dream.

What are the criteria you will use to judge the performances of Circus Star USA?

When I look at an act, I look for a few things, no matter what the skill set. 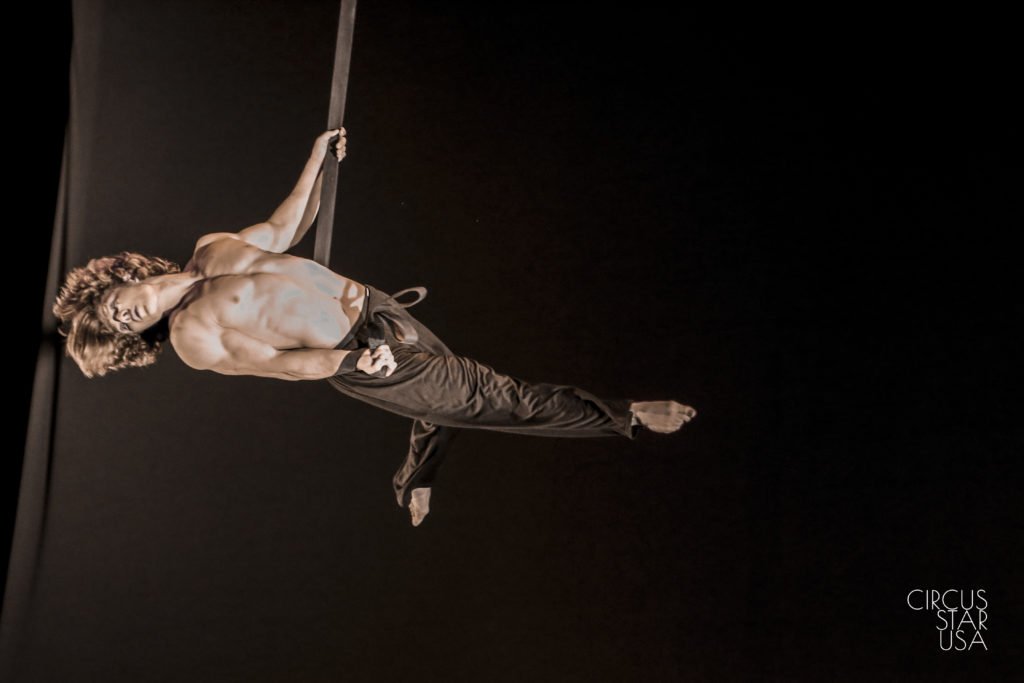 How is Circus Star USA going to push the circus industry forward in the United States of America? 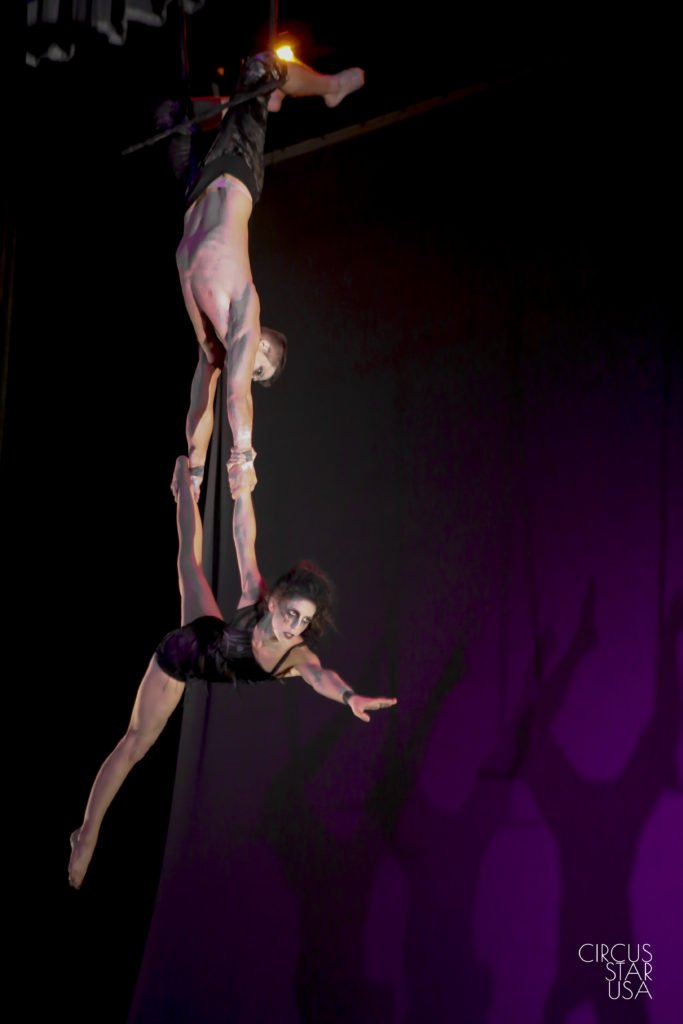 For the longest time the circus community has been underdeveloped in the US and, speaking from personal experience, it was no easy task to get a performance career started back in the day because of the lack of development in the circus community. Even now, competitions and festivals are a relatively new thing here. One of my main reasons behind wanting to develop Circus Star USA was to provide an outlet that would unite the circus community, provide a place for talent to get directly in front of casting directors, to get in front of their peers for networking, but also to get in front of an audience so they gain real-world performance experience. They can take the judges’ feedback, peer reviews, and audience reaction/feedback and use it as a springboard to fine tune their act with their newfound confidence and community support to seek out auditions and jobs with industry professionals.

This type of event can be equally beneficial as a new type of casting platform for industry professionals who are casting for big circus shows and touring companies because they get to see the performers in a real-life performance setting. They can see how a crowd receives their acts, and how they perform under the pressure of being on a stage, etc. It is my hope that more industry professionals eventually make events like ours a regular part of their annual casting process to find emerging artists who may have otherwise been lost in a sea of audition videos or wouldn’t have the resources to produce a demo video or website that showcases their full potential.

For the circus industry to thrive, we must be supportive of each other and include those from outside the community in a meaningful way – not just as spectators, but as true participants in the process. We’ve structured the competition specifically to give the audience a voice in the process – from submissions to the live event – so they become more invested in the outcome and in the circus industry itself.

By not restricting the judges to rigid guidelines like typical competitions, we allow them the freedom to apply their real-world expertise and judgment to a performer’s act. It also encourages performers to push the boundaries in developing their acts – they are not limited to specific apparatuses or skills or performance styles. We do this to encourage the creation of innovative acts – the types of acts that can keep circus fresh.

We also give each judge time to verbally critique the performers immediately after each act. Performers benefit from the insights of industry veterans who evaluate circus talent on a regular basis, who hire circus acrobats like these emerging artists, and who could potentially provide career opportunities. In fact, several of our performers have received personal invitations to audition for these circus companies at the event.

Even though this is a competition, the performers each year are extremely supportive of each other and often make connections that last well beyond the competition itself. They push each other to be more creative. 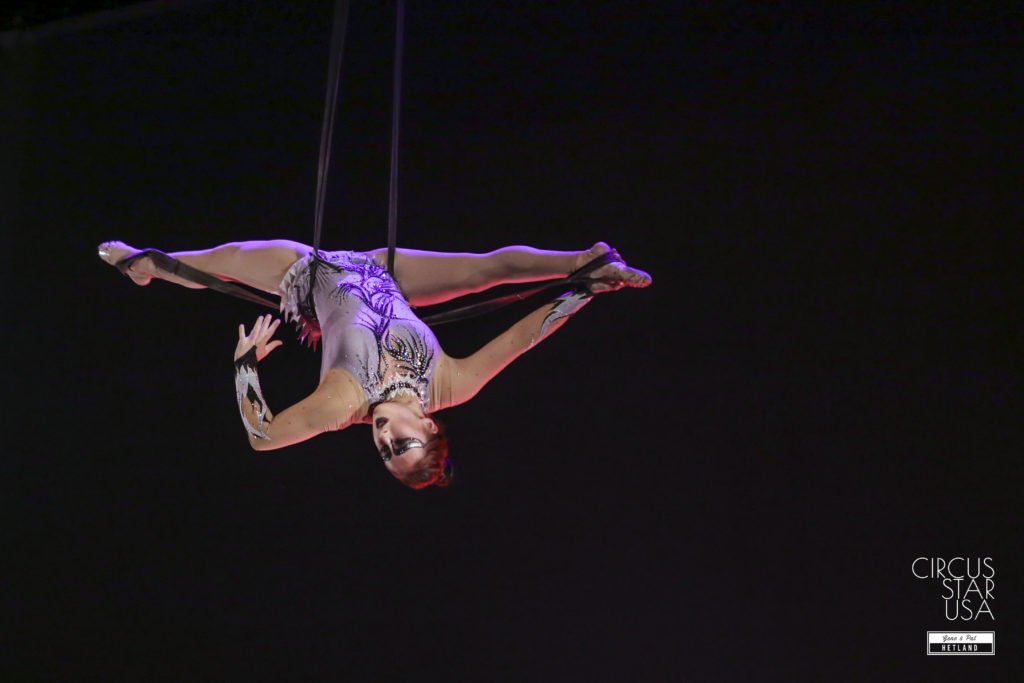 Is there a precedent for competition in the circus world that persists alongside the concept of circus as a non-competitive art form or a family setting?

There is definitely a desire from emerging circus performers to have more competition-type opportunities so they can put the titles they win on their resumes, showcase their acts, test them out and get valuable judge feedback from industry professionals. I think performers are interested in knowing what hiring industry professionals are looking for in an act so that they can develop their act to transition into the non-competitive art form side of circus. A lot of performers seem to express the idea that having the credentials and experience under their belt from competitions is a fast track to get performance jobs easier. When I started performing 14 years ago, the credentials or performance experience that  made it easier to get work was experience working for big companies or clients. To get those gigs you needed to have those type of credentials already. So it was a bit of a catch-22 to get your career started. Now, people can list being a first-place champion at a festival or competition on their resume, and the casting directors make note of that. They are starting to keep tabs on the winners of competitions to see how they progress. It’s definitely opening up doors that were previously shut for many up-and-coming artists. So yes, there definitely is a need or precedent, in my opinion, to have these type of opportunities out there to make the performance side of circus more accessible to emerging artists. It is becoming a desirable stepping stone for artists and casting directors to not just have competition persist alongside the art form and family setting in the circus world, but to eventually have it be a highly beneficial precursor to it.

Is there a deadline to apply? How could a performer apply to compete/perform this year or next year?

Our talent submissions for Circus Star USA 2017 closed on April 30, 2017. From the numerous submissions we received from all around the world, we have already selected the 12 competitors who will compete at this year’s event on September 30, 2017 in Los Angeles, CA. Next year we will open talent submissions for the 2018 competition on February 1, 2018. Any circus act that would like to submit can visit Circus Star USA to fill out our official talent submission form where they may submit act information, circus experience, and an audition video of their act to be considered. There is a non-refundable $75 submission fee per act. We recommend any act interested in applying for next year follow us on Facebook, Instagram, and Twitter, as well as join our mailing list through our website to hear all the latest details and announcements about the competition. Tickets are on sale now so potential future competitors can check out the live 2017 competition in person to get an idea of what the competition is like as far as the level of talent, helpful judge critiques and which types of acts win over the judges and audience.