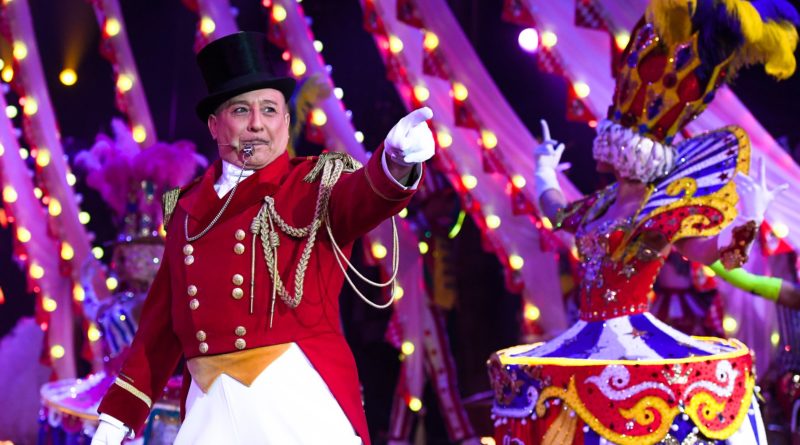 The winners of the Gold Clown at the 42nd International Circus Festival of Monte Carlo have been announced on Sunday night in Monaco. The Golden Clown went to Martin Lacey Jr. with his 26 big cats act. Lacey swept the awards this year, winning not just the Gold Clown title, but also a number of special prizes such as the Cirque D’Hiver Bouglione Prize, the International Jury Prize, the Piero Guidi Prize, the Fairmont Prize and the ever popular Public Prize. The Royal Circus de Gia Eradze won the Golden Clown for ensemble acts.

Some additional prizes of note were awarded as well. The prize Moira Orfei went to the eight equestrians of Les Femmes Djiguites of the Royal Circus of Gia Eradze. The Friends of the Swiss Circus Prize was awarded to the clown trioWithout Socks. Studio Grimailo Moscow awarded their special prize to Frères Dias, and Blackpool Tower Circus Prize went to the National Acrobatic Troupe of China. The Prize from Authors, Composers and Editors of Music went to 3 J Juggling.