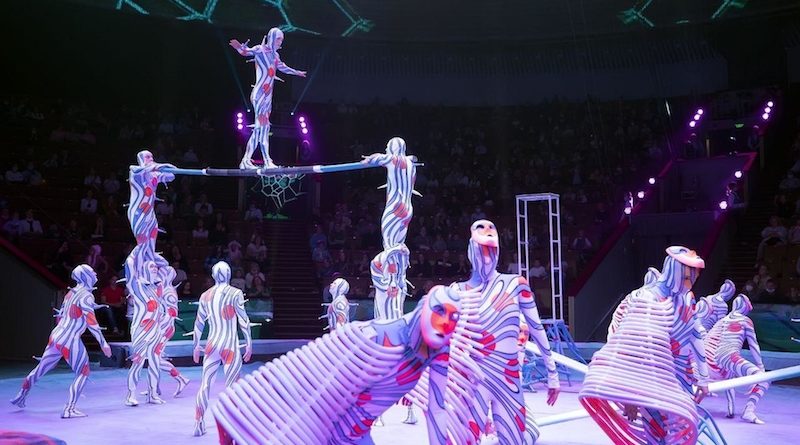 CircusTalk would like to congratulate the Great Moscow State Circus for reaching a milestone! This circus celebrated its 50th anniversary on April 30, 2021.

Anna Urazova says, “The history of the circus is an integral part of the history of the development of multinational culture and art. The Great Moscow State Circus has always been and remains a high example of the culture of circus activities, the school of Russian training, and transmitting to the younger generation the traditions of circus dynasties and pride in their Fatherland.”

In connection with the importance of the 50th anniversary Great Moscow State Circus held a number of events on April 28, 2021, including a press conference with prominent Russian speakers: Zapashny Edgard, Zapashny Askold, Marchevsky Anatoly, Shemshur Viktor, Vorobiev Vitaly and a secret guest – Mikki the chimpanzee.” 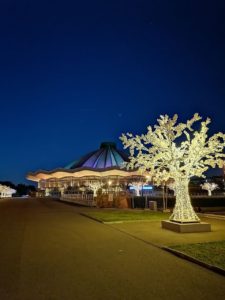 As part of the press conference, congratulations were made to employees who have worked in the circus for over 30 years. There was a ceremony, including opening the stars on the Walk of Fame in the foyer of the circus, featuring People’s Artist of the RSFSR A.P. Marchevsky and People’s Artist of the USSR V.I. Filatov, a buffet for guests, and a tightrope performance in the circus dome. Also featured was Gennady Skripko, a four-time Russian record holder, a Guinness record holder, a climber, and a stuntman for high-altitude stunts. The event included a socially significant performance titled I100RIA, dedicated to the history of circus arts and aimed at popularizing circus. Invited to the performance on April 28th was a diverse audience, including doctors of the First City Hospital named after N.I. Pirogov, doctors of the N.V. N.V. Sklifosofsky, doctors of the Infectious Disease Hospital in Kommunarka, a charitable foundation called Church and Culture, children from the Orthodox gymnasium, Sunday school children and children from the home for the disabled.

The main celebration on the occasion of the 50th anniversary of the State Unitary Enterprise “The Great Moscow State Circus on Vernadsky Prospect” with an invitation to VIPs is planned to be held in September 2021.