A Trip to the Heart of Circo Price 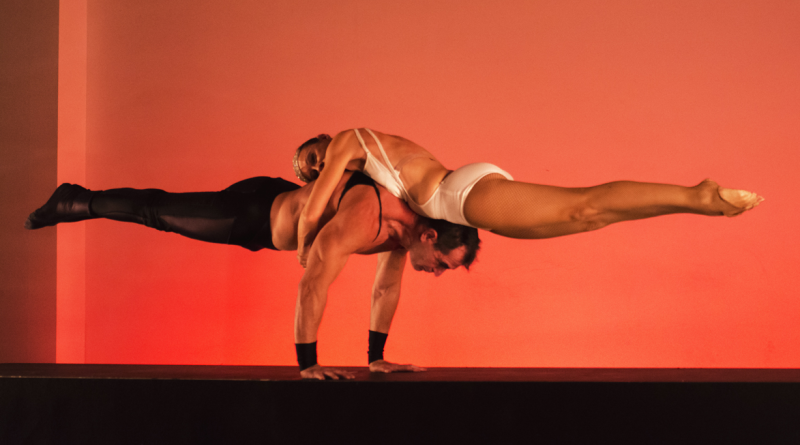 The Tiniest Show on Earth, directed by Marta Gutierrez, is a theater circus show produced by Teatro Circo Price and Acroevents. The play traveled through the inner depths of the Teatro Circo Price venue. Six playwrights, six circus artists, one actress, and one musician guided the audience.

The Tiniest Show on Earth goes through the most intimate spaces in the circus, exploring its protagonists and their reasons d’être.

Carmencita del Cobrete is a circus star with the name of a fictional Spanish diva from the 30s. With her recurring apparitions, she threads together the different pieces that compose the show. She looks down on every other artist in the show, and at the same time she confronts the audience, whom she blames for their fickleness. Her character, performed by actress Julia de Castro, becomes, together with accordionist Anatoli (musician Scott A. Singer), the tour guide for 30 spectators who travel through the inner depths of Circo Price, from the hall to the dressing rooms, from the pit to the circus ring. Six short pieces compose the show, which is divided into two possible itineraries with three scenes each.

A trapeze artist has the defect, or the virtue, of being incapable of telling her sad story without making us smile. An artist on wire, who the day before had walked from one high building to another, reflects on the human condition: “At one side of the pole vault there are people like Hitler, miserable bastards; at the other, the ones who balance nonsense.” Life itself is presented as a practice of balance to avoid falling into the abyss that the artist fears.

A rubber duck tamer tries to stand up against the new circus winds. Two acrobats wake up, clueless, among sinister scenery. A wild creature, lioness Lola, explains her particular creed as she untangles her feline body: “Being human is overrated.” The bullet man is inspired to shoot across the sky.

In between acts, Carmencita, appears, dressed in velvet and jewelry. The dusty heroine, ever full of charisma, retrieves an old song from her repertoire to throw her art into our faces. She is furious; she feels outraged by volatile tendencies. That is how the biggest show on Earth goes on, but this time the spectacle is so intimate that the adjective had to be changed. “The premise is to merge, in the same space and time, Spanish circus’s past, present, and future,” explains director Marta Gutiérrez, who recently premiered La cena de los malditos (Dinner of the cursed) at Teatro Bodevil. Theater and circus nourish each other. Playwriting is inspired in circus topics and languages, while circus artists explore the theatrical universe. The result blurs the outlines among genres. Starlets, acrobats, contortionists, and wire artists are our initiatiors in this trip to Circo Price’s nooks and crannies. The travel continues until October 26.

“As you may understand, your tour ends here,” blurts out Carmencita. And, aboard her trapeze, she says goodbye, like the glowing diva she is.

This article was originally published in El Mundo, October 20, 2015. Special thanks to CircusTalk contributor María Folguera for this translation.

Maria has collaborated with the artistic department of Teatro Circo Price since 2009. María graduated from the Royal School of Dramatic Art (RESAD) with a degree in stage management. She then studied literary theory and received a postgraduate degree in performing arts practices from the University of Alcalá de Henares. She has written and directed three plays, as well as some short performance pieces, for her company Ana Pasadena. Her latest show as a director is La increíble historia de la chica que llegó la última (The Incredible Story Of The Girl Who Got Last) by Brazilian playwright Carla Guimaraes. This show was part of the New Plays from Europe Festival (2014) in Wiesbaden, Germany. As a writer, she has appeared recently in two anthologies of new Spanish writers: Última temporada (Last Season, New Spanish Narrators 1980-1989), and Bajo treinta (Below Thirty). Her first published novel, Sin juicio, won the Arte Joven Award in 2001. She published her second novel, Los primeros días de Pompeya», in 2016