No Big City without a Christmas Circus 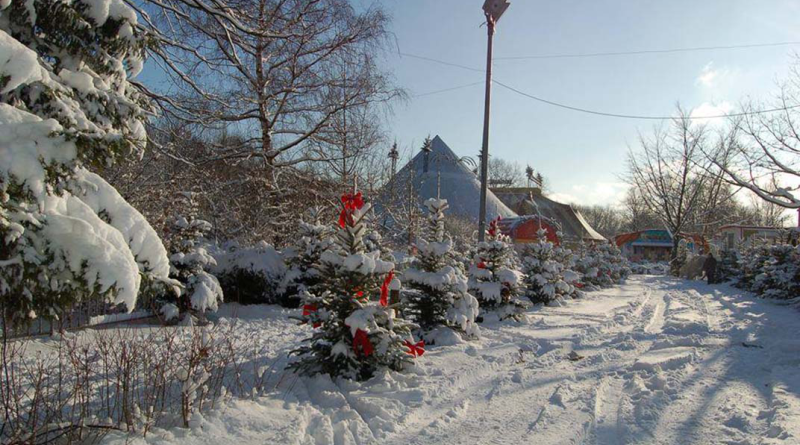 In Europe, traditional circus is booming in the winter time.

Christmas time is circus time, at least in Europe! While most of the traditional touring shows struggle throughout the summer season, and only a few successful exceptions (Arlette Gruss in France; Knie in Switzerland; Krone, Roncalli, and Charles Knie in Germany) prove the rule, many circuses are hardly able to handle the mass of visitors around Christmas. As in the best times of the circus, visitors stream into the tents. Especially in Germany, Switzerland, France, and the Netherlands, the so-called Weihnachtscircusse, German for “Christmas circuses,” are experiencing a boom.

In Germany, for example, you can hardly find a big city without its own Christmas circus. In the German CircusZeitung this year, we are reviewing almost 30 Christmas shows, and that doesn’t even mean we come close to writing about every Christmas circus that exists. This shows usually start one week before Christmas and end one week after New Year’s Eve. The situation in France is a little bit different. There, most of the Christmas shows end before the holidays, because many French companies have a tradition of inviting all their employees to the circus instead of having a Christmas party. So the Christmas shows are basically only held for companies and not for the general public.

But back to the Christmas circuses in Germany. You may be surprised to hear that these shows do not necessarily have a typical Christmas atmosphere. Okay, the buffet tent is mostly decorated like a Christmas market and the orchestra may play some Christmas tunes, but the show itself is normally “just” a traditional circus program with animals, clowns and acrobats. Flic Flac, the German rock circus, doesn’t even change its  concept, which means that the shows are still very dark, the music is very noisy, and there are no Christmas trees around. Nevertheless, Flic Flac is among the most successful Christmas shows in Germany.

The question remains: why are Christmas circuses so successful? There are three main reasons. First of all, Christmas stands for sharing time with the whole family, and what fits better than going to the circus, which is still the best entertainment for all ages that families can find. Second, the producers have more time to prepare, especially regarding marketing and public relations. Finally, the shows tend to present much stronger programs with better lighting and live music instead of soulless music from a CD.

The most successful Christmas shows in Stuttgart and Amsterdam, both run by the Dutch company Stardust Entertainment, have cast lineups almost entirely composed of current or upcoming winners of the most prestigious festivals (Monte Carlo, Budapest, Latina). You can say the same about the Weihnachtscircus in Heilbronn, which is produced by Sascha Melnjak and Uwe Gehrmann, two circus fans who made their dream come true. After becoming incredible successful with his Christmas show, Melnjak even started his own travelling show, Zirkus Charles Knie, which quite quickly became one of Europe’s top travelling shows.

But the way Melnjak went—first Christmas circus then travelling show—is not typical. Normally, the process is the reverse: Owners of traditional travelling circuses start Christmas shows. Examples include Bernhard Paul with his Circus Roncalli in Berlin; Reinhard Probst, who started in 1997 in Gelsenkirchen and two years ago in Krefeld; and Achim Sperlich in Trier and Karlsruhe. One of the first producers to start a Weihnachtscircus was Busch-Roland in Dresden. By the way, Busch-Roland is a good proof for the thesis that the travelling shows are struggling while the Christmas shows are booming. Its circus stopped touring some years ago, but the Weihnachtscircus in Dresden celebrated its 19th successful Christmas season this year.

It is noteworthy that almost all successful Weihnachtscircusse celebrate the classical circus with animals. The influence of the so-called cirque nouveau movement is only marginal, even in the modern Flic Flac shows. The Christmas circuses show us, beyond doubt, that circus in its traditional form is still alive and popular. But why then are the travelling shows struggling? Could it be that they miss two points the Christmas circuses deliver very well: a quality show and clever long-term marketing?

CircusZeitung is a monthly print magazine about circus, variety, and beyond. It features reviews, portraits, and news. Its focus lies on the German-speaking countries Germany, Austria, and Switzerland, but it also has a regular view on the rest of Europe and overseas. The CircusZeitung is published by  the Gesellschaft der Circusfreunde and produced by the Circus Verlag/Planet Circus. Journalist, Photographer, Webdesigner -Germany
Sven Rindfleisch has been a circus enthusiast since he was a kid. As an adult, he is the chief editor of the German CircusZeitung. Before that, he founded and created Chapiteau.de, the leading online magazine for circus and variety in Europe. As a professional journalist, he has worked for several daily newspapers, including, among others, the Wiesbadener Kurier. He lives in Wiesbaden, Germany.
Sven's profile
You are about to enter a members-only zone.
To share this article on your CircusTalk member page and connect with circus professionals from all over the world, sign up now. It's free!
Sign Up
Already have an account?
Log in

Sven Rindfleisch has been a circus enthusiast since he was a kid. As an adult, he is the chief editor of the German CircusZeitung. Before that, he founded and created Chapiteau.de, the leading online magazine for circus and variety in Europe. As a professional journalist, he has worked for several daily newspapers, including, among others, the Wiesbadener Kurier. He lives in Wiesbaden, Germany.