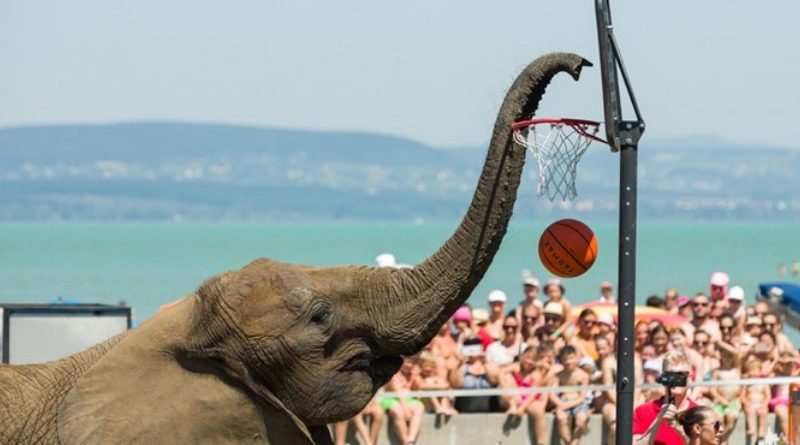 “A transport-related accident may have caused the death of Hungarian circus elephants,” was a recent statement published by the Hungarian Ministry of Agriculture. Their owner did not report the deaths of the animals for nearly two months. No autopsy was performed due to “mercy reasons.”

The Hungarian Ministry of Agriculture issued an announcement about the two dead elephants of the Szada Safari Park belonging to the Hungarian National Circus. The report stated, “Immediately after the case came to light, the competent Hungarian authorities began to investigate the matter. Two of the five African elephants of a guest artist died in mid-August. According to the information currently available, the two animals died after a domestic transport and their third companion was rescued by rapid and professional veterinary intervention.”

It was also added that the veterinarian did not find any signs of an infectious disease in the animals, so their death was probably caused by an accident related to the transport, but the investigation is still ongoing.

Animal rights activists had long suspected that Mambo, 37, and Betty, 35, were no longer alive, but this was only officially confirmed on October 21 by René Casselly, the owner and trainer of the animals. He wrote that the cause of the animals’ death is still unclear, but as soon as he has information about it, he will communicate. He also noted that they managed to save the life of a third elephant, Tonga, after a three-day battle. Regarding the question why they had not announced news of the animals’ death for so long, René Casselly said that it was because “they didn’t have the strength.”

Two days later, on his Facebook page, Casselly said that the rumors about the elephants having had suffocated during the transport is a lie and reaffirmed that they themselves did not know what had happened to the animals.

József Richter Jr., director of the Hungarian National Circus, also made a statement and told the newspaper Blikk, that the Casselly family had for “mercy reasons,” chosen not to ask for an autopsy of the animals; stating that the authorities had, of course, been notified.

This statement later was refuted by the National Food Distribution Safety Office (NFDS). They said, “In August 2020, no such notification was made to any authorities acting as veterinary authorities, including NFDS and the regional county government office.”

The news of the death of the animals was first reported by the German Bild: the co-founder of the animal welfare organization Pro Wildlife told the paper that the elephants died in a truck after transportation and might have suffocated.

Link to the original article in Hungarian on Heti Vilaggazdasag.