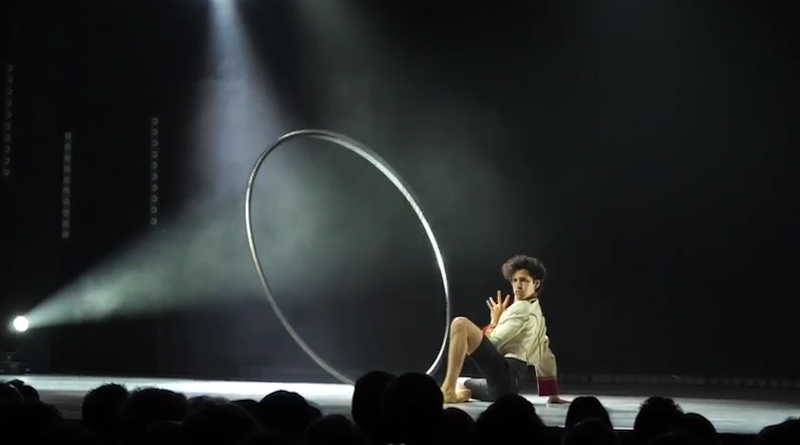 Circus Talk’s series “Act in a Moment” continues to explore the idea that circus artists have a lot to share about their work and the process of creating circus that can be conveyed with a little explanation and a lot of visuals. In this video, Lea Toran Jenner visits with Vincent Bruyninckx, winner of an Engagement Award from GOP-Variété at Young Stage in May, 2018, to discuss the festival and his act. Fresh from his victory at Festival Mondial du Cirque de Demain, Bruyninckx is riding high on his Cyr wheel act, but also longing to continue to develop his work with Flemish troupe Collectif Malunés. This collective of  young circus artists is making a name for themselves with multiple disciplines and acts. Bruyninckx’s brother Simon Bruyninckx was also at Young Stage, to compete with Collectif Malunés who won several awards with their teeterboard and Korean cradle act.