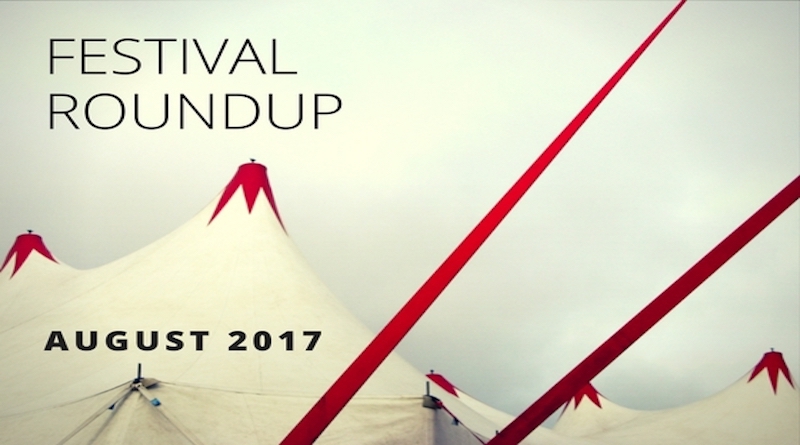 Each month, Circus Talk will scour the globe to report on the hundreds of circus-based festivals and conferences that occur annually worldwide and provide a roundup highlighting the month’s best, most interesting and most exciting events. August has no shortage of circus festivals to round out the summer for everyone, from smaller, emerging events to the mother of all festivals.

What: Stockton International Riverside Festival
Where: Stockton, England
When: Aug 3-6

Alan Davey, the chief of the executive arts council of England calls it ‘The world’s best international festival of outdoor art’  And where there is street art, there is always circus. Although it is not strictly a circus festival, there will be aerial dance with Newton’s Ladder, Sodade by Cirque Rouages and  a humorous roving piece by the Baina Trampa Fritz Fallen Le Collectif G Bistak to name a few. The  Riverside Festival is following the precedent other street festivals by programming cutting edge art that pushes forward the understanding of what is possible, including large scale pieces, political statements, and circus melding with technology and theater weaved so thoroughly throughout the festival that audiences might be hard pressed to categorize things, but nevertheless very happy to attend.

What: Edinburgh Fringe Fest
Where: Edinburgh, Scotland
When: August 4-28

Well established as the mother of all fringe festivals, Edinburgh is nearly a month long and last year featured over 3000 shows. This year promises to be the best so far as it is celebrating its 70th anniversary. The circus presence there is so huge that the List’s Kelly Apter has created a Best circus shows at the Edinburgh Festival Fringe 2017 list. From the looks of it, it will be an all star cast, including shows by Barely Methodical Troupe, Circa, Gandini Juggling, Cirque Eloize, and Fauna to name just a few. The most difficult decision about this fringe will be how to schedule your time so that you can see all the circus on offer.

Hosted by the Trenton Circus Squad, this bi-annual circus festival is for the youth, with some new programming for the coaches and parents this time. As with every AYCO Festival, the focus is on education and skill building as well as building new friendships. To that end, there are countless exciting workshops designed to engage the whole community. A small sampling of this year’s workshops: handstands 101, hat juggling, walk around and ambient, queering circus, family acro, parent juggling and resume writing. Of course, there are also opening and closing ceremony shows featuring the USA’s most talented circus youth which always bring down the house.

Roztoc is in its fifth year of being a multi-genre, circus based art festival. The website describes their aesthetic as offering ‘shows, workshops, live music, DJs, parties, movie projecting, food, tea and inspiration.’ This festival focuses on the flow arts like fire spinning, poi and juggling with some cyr and pole performances as well. The intriguing thing about the flow arts community is their spirit of camaraderie and collaboration which translates to dedicated yet often organic and informal skill sharing. At the workshops you can learn any of the flow arts like juggling poi, balls or contact staff or diabolo. Or find one of the ‘Roztocs’ who are available to teach you a skill at a moment’s notice. There is even an egalitarian open stage that any performer can hop up on to share their work, improv or otherside. Another appealing feature of this festival is the location, Nakladove nadraží Žižkov, a industrial rehabbed structure in the heart of Prague.

Prague’s joyous contemporary circus festival has been hosting prominent circus companies since its founding in 2004, and this year is no different. Collectif Malunés, Cirque Alfonse, Atelier Lefeuvre& André and Czech artists like Squadra Sua – Monstera Deliciosa are just a tiny portion of this festival’s feast. There is programming for children as well.

What: Berlin Circus Festival
Where: Berlin, Germany
When: August 25-September 3

Perhaps one of the most cutting edge and progressive of the festivals, the Berlin Circus Festival takes the long view of their event as not just a destination or an experience but also an immersion and development project. There are 8 shows this year all in one big top. In addition to their program, they offer an open stage, works in progress, a manifesto and the ability to join in via workshops. As if that weren’t enough, you can go see Fauna, Clunker Circus, Justine & Frederi, RaceHorse Company, Lazuz, Sisus Sircus and Analog.