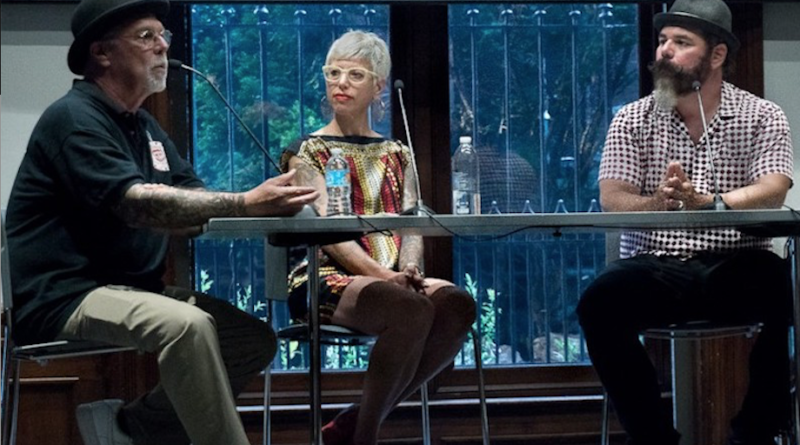 The Bindlestiff Family Circus shared their review of the circus panel discussion on the sideshow resurgence and history that took place last week at Brooklyn Historical Society:

Bindlestiff co-founder Stephanie Monseu, Coney Island USA founder Dick Zigun, and Dean of Coney Island’s Sideshow School and old-time strongman Adam RealMan sat together on July 19 at the invitation of the Brooklyn Historical Society to discuss “The Circus Comeback: Brooklyn’s Nouveau Sideshows” before an audience of 60 plus people. 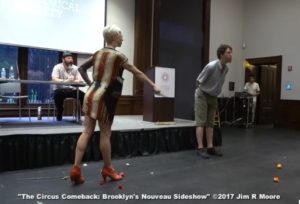 Topics for the discussion, moderated by Zigun, included:

The roots of the current sideshow revival: 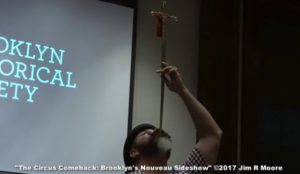 A brief demonstration of sword swallowing by Adam RealMan amazed the crowd, and Monseu performed bullwhip tricks, asking an audience member to hold targets for some precision whip cracking; next, audience members got the microphone and a question and answer period closed the event. The takeaway message? Circus is alive and well in America! And, invoking a traditional carny oath, Dick Zigun closed the evening: “You’re either with it and for it, or you’re against it.”