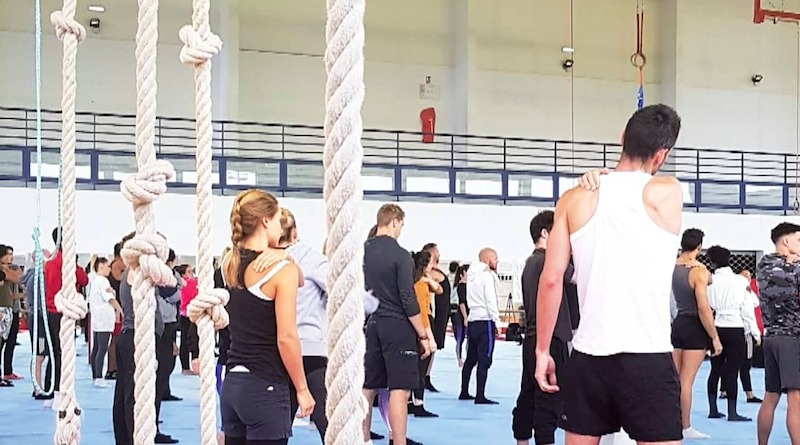 Disney is synonymous with entertainment, and Disneyland Paris keeps up with this precedent by offering live shows– both outdoor shows and stage shows, turnkey events and other spectacles year round to their 13 million plus visitors per annum. Its a big job, finding the talent to keep this dream machine running, and we spoke to one of the people responsible for the talent search. Typhanie Soulat, artistic programmer and talent casting agent for Disneyland Paris events told us all about what they are looking for in circus talent, and just how they find it. The answer may surprise you.

How did you start to work for Disney?

My first job in Disneyland Paris was a few months after the end of my studies. I was in charge of events but more about the organization, the logistics, the hospitality. So, I had to coordinate different representatives to realize an event project. And then I took a break and traveled and when I came back to Disneyland Paris two years ago, I came back to the talent casting event team, because my studies and my previous experiences were more about cultural projects and I was very interested in working on artistic projects at Disney.

Are you an artist yourself or are you a theater fan? How did you get interested?

Yes,I love art–dance and music, especially piano. But I love to promote artists more than my artistic talent.

So, what’s the best thing about being a casting agent for Disney?

First, I love working for the company because we participate in the Disney magic– we want to impress and surprise people. We want to get the guests dreaming–so it’s interesting. And what is really interesting is that I work on different kinds of projects because we program artists into the parks but also in Disney Village, or in the hotel or in the convention center.

I see, so the events happen in a lot of different locations. Disneyland Paris casts multiple shows throughout the year. Do you cast a lot of circus artists? 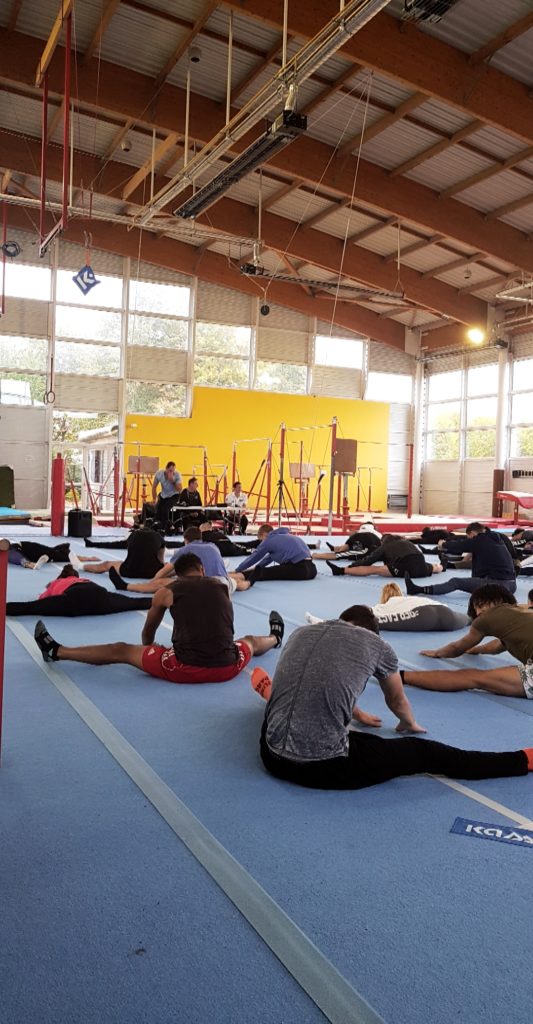 It depends on the kind of project. For instance, for the talent team, which is in charge of shows, there are a lot of auditions, or calls for applications to preselect the artist, and for events with a short contract. We do a lot of sourcing, a lot of research on the Internet so we can see videos. And, also if we have the opportunity to see the performance during a show, in a theater, in a circus or in festival, it’s a good way to discover them.

What do you look for in a performer? What qualities does Disney want?

So how is the character of a circus performer an especially good fit for Disney? Is it because of their versatility as artists?

We respect them and it’s important for them to have team spirit. I think it is important in Disneyland Paris for all employees, but especially for artists in the shows because we have to work in a team all year and it is a great experiment. If we are not ready to live this experience with people, I think it can be difficult.

Do you look for circus performers with multiple talents besides physical skills, like singing ability and acting ability as well?

Yes, it’s a good point. If you are a multi-discipline artist, it’s great, especially for shows, and  especially for acrobats because sometimes they have more than one part, for instance, an acrobat may be on the ground, but also in an aerial act. Also, it is important to have very good gymnastic skills combined with acrobatic techniques.

Sometimes they (circus performers) will have a little role as a comedian too, so it is important to have a lot of talents, but it’s not required– it’s a bonus.

I could see how that would be useful, especially in a show. What length of contract do you offer, not for the one off shows, but for your longer shows?

For some events we have contracts that are only for one day, but for the show it could be between three to five months or for a season.

What’s the audition process like for artists when they come? Are they pre-selected by video and then they come in person?

Sometimes it’s an open call, but it’s more for the dancers. The artists go to the audition, they have to learn choreography and then they dance group by group. But for acrobats it’s more pre-selection with videos and photos, or at least a curriculum vitae to discover what kind of projects they have already participated in. And during an audition, the various Disneyland team members explain the project. Sometimes it’s only to meet new people and new talent and sometimes we have a big project after that. Sometimes it’s for a specific project and at this point we can explain the conditions of the contract, and we explain the show a little.

What advice would you give to a young circus artists who aspires to work at Disney someday?

The first piece of advice is to go to our web site regularly to see the different auditions and the different projects we have because we have auditions in France, but also in Europe and other countries. So it’s important to check regularly what kind of projects we offer. It’s very important for turnkey shows to have good videos because if we don’t have an audition, we select them only with videos. So they have to be really professional videos in order to promote their performance and then to propose to our clients the performance. So it’s very important to have a good media.

Disneyland Paris shares many of their open calls and auditions on the CircusTalk Job Board, which is a good place to stay abreast of their projects, and also a good place for you to let them see your act on video.