CIRCA Embarks on Two Collaborative Projects 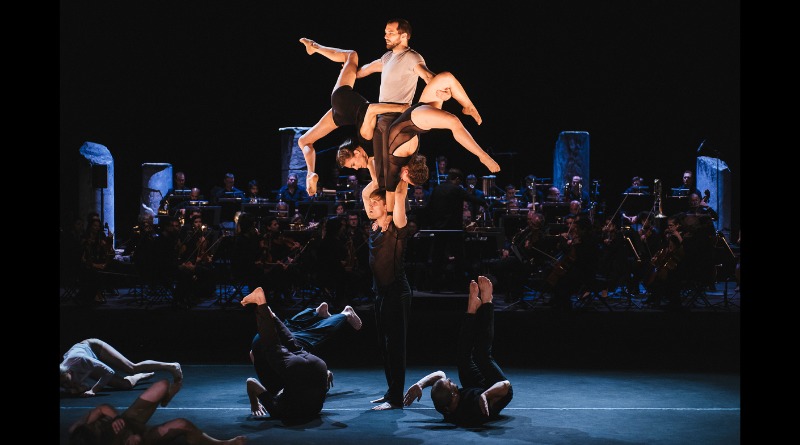 Circa, Australia’s contemporary circus company,  keeps staying in the forefront on pioneering how extreme physicality can create powerful and moving performances. The company has started the new year with two collaborative projects.

Circa has joined forces with the Melbourne Symphony Orchestra (MSO) to pay tribute to Ludwig van Beethoven (1770-1827), in the year of his 250th birthday with a world-first circus performance of Beethoven’s towering 9th Symphony.

This collaboration between the MSO and Circa opens the MSO’s 2020 Season from 21 – 22 February 2020 at Arts Centre Melbourne’s Hamer Hall.

In this encounter between Circa and the MSO, powerful emotions, extreme skill and dramatic acrobatics play out in this epic celebration of humanity. Ten circus artists under the direction of circus visionary Yaron Lifschitz will give physical form to Beethoven’s music, dissolving the lines between movement, music, dance and theatrics.

Three days later, Circa will present an ambitious theatre project at Perth Festival. Leviathan is a work of scope and scale never undertaken by Circa before. Featuring 36 performers on stage, made up of 18 members of Circa’s ensemble and 18 community artists in Perth, Circa hopes the production will leave a lasting legacy in the creative development of all the local communities where it will be performed.
To bring Leviathan to life, two Circa ensemble members were embedded in Perth six weeks before its opening. They have taught scores of classes and workshops and led rehearsals with the 18 community artists from Co3 Australia, Circus Maxima and CircusWA who feature in Leviathan’s world premiere.

Circa’s Artistic Director Yaron Lifschitz said what makes Leviathan such an ambitious and transformational project, is that in every city where it will eventually go on to be performed, it will have an entirely individual incantation, determined by the skill and strengths of the 18 local performers in its cast.

“That’s the exhilarating part. These performers will have an unprecedented opportunity to work with and learn from extraordinary professional artists – together they will create a memorable performance and a lasting legacy,” said Lifschitz.

The work features new circus apparatus created specifically for the show, as well as a full-length original score by Owen Belton.

“We are a civilisation careening toward an unknown fate in complex times. We cling to our groups – our families, friends… But when the public and private spheres intersect and mobs form, massive and unpredictable energies are unleashed. Leviathan brings these energies together in a staggering work of scale,” said Lifschitz.