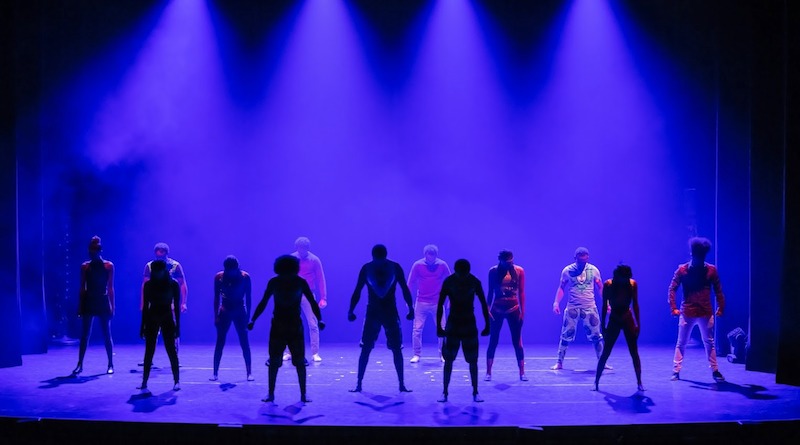 We often hear stories of circus people coming forward to save the day–and New Victory Theater has as a good a story as any. Recently they were in a bind when they came up short a few performers for Circus Abyssinia‘s performances due to last minute visa denials. They made a plea to the wider community for help and behind the scenes folks scrambled to solve the problem.”If it weren’t for the support of the the international circus community, we wouldn’t have the show that’s currently playing on the New Victory stage. We offer our sincere thanks to those who helped us in our search for new talent. Part of our organization’s mission is to provide kids and families the opportunity to experience performing arts from around the world. Luckily, our tenacious staff and amazing circus friends refused to let politics and logistics get in the way of presenting a beautiful show,” said Mary Rose Lloyd, the senior director of artistic programing. Below is the story in a letter she wrote to thank the community.

I want to take a moment to share with you the extraordinary story of triumph over adversity we’ve been living here at The New Victory. The New Vic has a rich history of presenting the circus arts and this year’s holiday show, Circus Abyssinia: Ethiopian Dreams, is among the most exciting I’ve come across in almost 23 years as The New Victory Theater’s Director of Artistic Programming. That made it all the more upsetting when, in mid-November, several company members were denied visas to perform in the United States by the U.S. Embassy in Addis Ababa. “Lack of travel experience” was listed as the reason for refusal, despite a recent U.K. tour and a weeks-long engagement at the Edinburgh Festival Fringe. The artists denied entry to the U.S. might have been slightly less traveled than their fellow company members, but no less integral to the production.
In light of this unfortunate situation, we sent a clarion call out to the national and international circus community asking for artists who would be able to perform alongside the original Circus Abyssinia members on the New Vic stage. Responses from colleagues and friends came in immediately from Europe, Australia, Africa and across North America. All told, I received over 100 suggestions and countless messages of support and encouragement. We were able to fill five of the seven open spaces in the show. This newly formed company—including three U.S.-based Ethiopian-born performers and two African-American artists—rehearsed at our New 42nd Street Studios and then moved into The New Victory Theater, where the show remarkably opened on schedule! It is so important that international arts exchange continue, especially so that kids in the U.S. can see performers from around the world and hear stories that offer a global perspective.

You can read about the extraordinary performers of Circus Abyssinia on the New Victory blog, as well as about the awesome music that accompanies the show. Audience reaction to the show has been jubilant, and there are only three more weeks of performances. Whatever you do, don’t miss the chance to see them!

Wishing you the happiest of holidays,