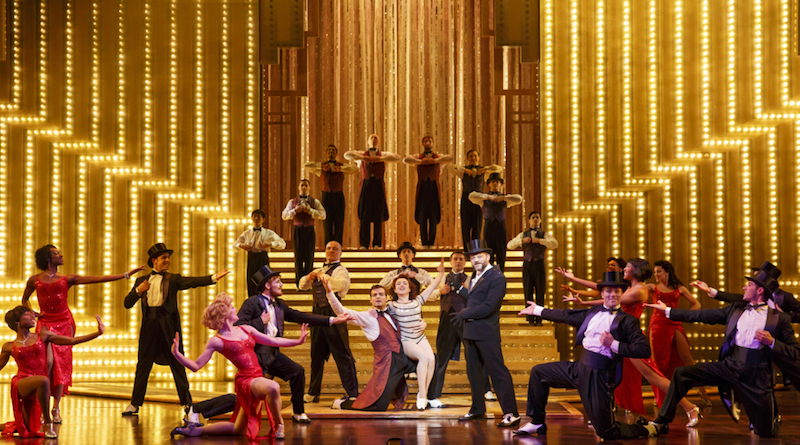 After having completed a successful year on Broadway at the Lyric Theatre, PARAMOUR closed on April 16, 2017 in order for the theater to undergo some refurbishment. Cirque du Soleil Entertainment Group had discussions with several theatre owners in New York and abroad, interested in welcoming this production, and decided to work with Stage Entertainment for a unique production in Germany.

“Following our Broadway debut, we are excited to present PARAMOUR in a European theatre and are thrilled to realize this project with Stage Entertainment, the largest musical producer in Europe. We are still dedicated to New York with the Blue Man Group, the touring show VOLTA celebrating its opening weekend in Uniondale and the permanent attraction NFL Experience Times Square,” explained Jerry Nadal, the senior vice-president of Resident Shows at Cirque du Soleil.

“Bringing the musical PARAMOUR to the German stage with Cirque du Soleil is one of the most fascinating and challenging theatre projects we ever had,” said Uschi Neuss, the managing director of Stage Entertainment Germany. “The Stage Theater Neue Flora with its spacious space seems like it was made especially for this breath-taking production.”

Featuring a cast that blends circus arts and musical theatre, PARAMOUR is set in the Golden Age of Hollywood, and the story spins the tale of a young poet forced to choose between love and art. The show blends Broadway with Cirque du Soleil’s signature style, to provide a new experience for both traditional musical theatergoers and Cirque du Soleil’s fans. It has many of the elements beloved on Broadway: a book-driven love story narrative, live musicians, and professional actors in lead roles; but with the Cirque du Soleil aesthetic integrated throughout the show– including design on a grand scale, and acrobatic feats.