Czech and Balance: New Circus’ Emergence in the Czech Republic 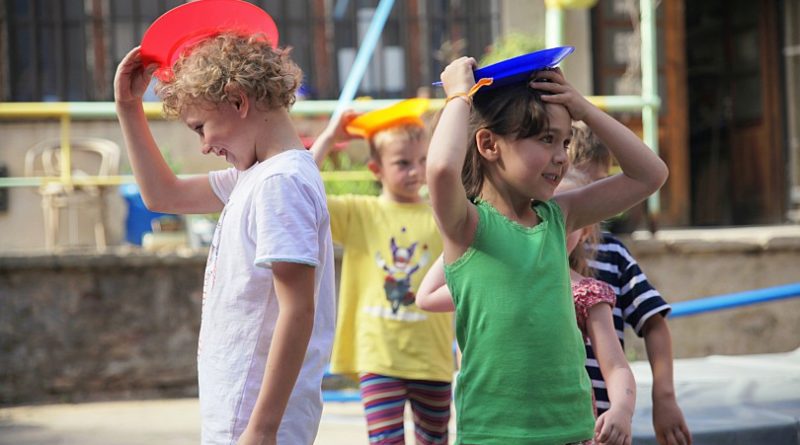 Around the world, we are in the midst of a circus education revolution. After centuries of circus know-how being passed from generation to generation or shared via apprenticeship, institutions dedicated to circus learning are emerging rapidly. In this special series, Amy Cohen explores specific institutions around the world that are contributing to the professional circus field via their role in the education and inspiration of young artists.

On November 18, 2013The Economist published The World in Print 2014 Edition, a list of predictions for 81 countries around the world. In the issue, readers are warned of Latvia’s accession to the Euro zone, Spain’s intention to reign as world football champions, and the development of the automotive industry in Sweden. Of the Czech Republic,The Economist alerted readers to the emergence of new circus, encouraging them to save the date for the Circ-UFF festival in Trutnov in Northern Bohemia.

The Czech Republic is in an unusual position. From 1948 to 1989, traditional circus was controlled entirely by the totalitarian communist regime. During the gestation period when many of the “contemporary” circus companies in Europe were shaking things up (Cirque Plume, Archaos, Zingaro, and Cirque Baroque to name a few), and when audition-based circus schools were forming in Western Europe and North America, artists in the Czech Republic were largely isolated from the action. After the Velvet Revolution and the fall of communism in 1989, the idea of new circus was free to emerge, and artists started to explore the form.

However, these emerging artists did not trace their lineage to the state-controlled traditional circus. Rather, they traced their roots to the strong theater and puppetry legacy in the Czech Republic. According to Veronika Štefanová from the library and research department at Cirqueon, “today, traditional circus still exists. It is composed of travelling companies with animals. But it is not perceived as an art form in the Czech Republic. It is perceived as a private business controlled by the Ministry of Agriculture because of the animals.” New circus (which beats out contemporary circus as the term of choice for the Czech), on the other hand, is considered an art form. While there is no distinct arts funding category for circus arts yet, New circus companies can apply through the Ministry of Culture Arts Division in either the “dance, movement, and nonverbal theater” or “theater arts” category.

It wasn’t until 2009, when Cirk La Putyka, the most prominent circus company in the Czech Republic today, was formed, that new circus really took off. Many more companies and festivals followed in its wake. The Cirk-UFF International Contemporary Circus Festival in Trutnov began with the mission to present the genre of new circus in an area where no contemporary circus project had ever been presented. In Prague, the Letní Letná International Contemporary Circus and Theater Festival presents work from the biggest names in European contemporary circus. The FunFatale festival exclusively produces small-scale shows composed of all-female performers from around Europe.

So, for a young person growing up in the Czech Republic, new circus is more and more present in everyday life. This is largely thanks to a single organization, Cirqeuon.

Cirqueon, an umbrella organization for new circus, has been at the crux of the evolving art form since 2010. The Prague-based institution is multi-faceted, with a physical training space, library, and administrative offices. Its physical space houses youth circus classes and acts as a home base for at least three professional circus companies at a time. It provides training space to individual professionals and conducts social circus projects. It even offers an “Intro to New Circus” lecture that travels around the country to educate the public. Cirqueon engages in many cross-European initiatives, such as Caravaan for social circus, Circostrada for research and development, and Circus Next for emerging artists. Circus hopefuls from all over the Czech Republic come to Cirqueon to connect with the bigger picture of European circus. Unlike many circus institutions around the world, which were started by the circus artists themselves, Cirqueon was founded by arts administrators with distinct interests in developing the art form.

Despite the increasing popularity of new circus and the prevalence of professional circus companies, there is no university-level degree program for circus in the Czech Republic. The theater faculty of the Academy of Performing Arts has a department of pantomime and nonverbal theater and the Janáček Academy of Music and Performing Arts has a studio of clown arts for stage and film, but neither promises comprehensive circus training. Most professional artists working in the Czech Republic have received their high-level training elsewhere in Europe.

Cirqueon is positioned to pave the way when the conditions are right for a circus university to emerge in the Czech Republic. They are already making proposals for the curriculum and faculty leadership and have made waves by engaging in discussions with the Academy of Performing Arts. Cirqueon recently formed a professional cooperative agreement with the Arts and Theater Institute, a state budgetary organization with a mission to provide the public in the Czech Republic and abroad with complex services in the fields of theater and other arts. In the meantime, 2015 marks the first year that Cirqueon will be supporting its own youth circus students in applying for professional degree programs around the EU.

The emergence of new circus in the Czech Republic in under six years reveals just how quickly the art form can take shape and earn respect. Once a generation of new circus-inspired youth return to the Czech Republic after acquiring professional training elsewhere, the form is likely to find an even stronger national identity, and it is clear that Cirqueon will be at the cusp of it all. Educator, Writer -United States
Amy Cohen is the executive director of the American Youth Circus Organization. She has a bachelor's degree in theater arts management from Ithaca College and a master's degree from New York University in "Circus as a Tool for Social Change, Education, and Creative Expression." She also studied contemporary circus in the United Kingdom as a Fulbright fellow.
You are about to enter a members-only zone.
To share this article on your CircusTalk member page and connect with circus professionals from all over the world, sign up now. It's free!
Sign Up
Already have an account?
Log in

Amy Cohen is the executive director of the American Youth Circus Organization. She has a bachelor's degree in theater arts management from Ithaca College and a master's degree from New York University in "Circus as a Tool for Social Change, Education, and Creative Expression." She also studied contemporary circus in the United Kingdom as a Fulbright fellow.

Dancers, Dance Groups and a Choreographer