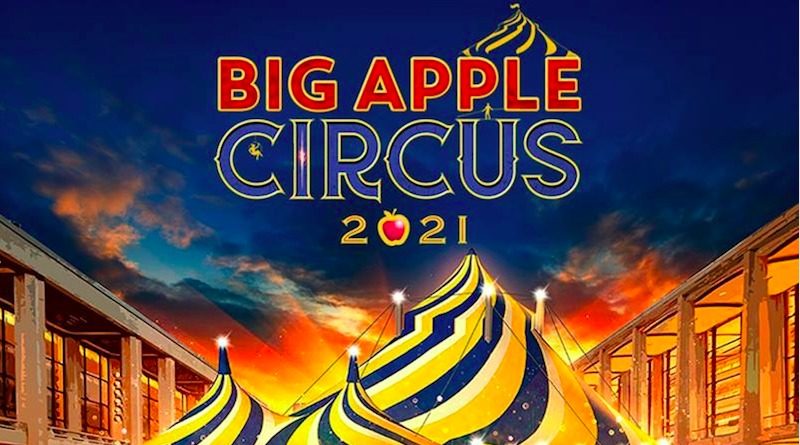 New York, NY — For the first time in the Wallenda family’s 200 year history, world-renowned aerialist, high wire artist and Guinness World Record holder, Nik Wallenda will helm the production of The Big Apple Circus, a circus he has chosen to revive. Aptly titled “Making The Impossible, Possible!” Wallenda has partnered with a team of live entertainment super producers from the circus world, live music and Broadway –Phillip Wm. McKinley, Michael Cohl, and Arny Granat – to make Big Apple Circus even better, and more exciting by adding a modern flair to this beloved classic. The Big Apple Circus will return to Lincoln Center on Nov. 11. Tickets go on sale Sunday September 26that noon EST at www.bigapplecircus.com.

Revered for its intimate and artistic style, the producers are passionate about revitalizing the circus for modern-day audiences, with unique and astounding human feats from performers with incredible real-life stories.

A New York Times Critic’s Pick every year since its reconstitution in 2017, Big Apple Circus continues a long-standing tradition of inclusivity, highlighting the finest talent from around the globe for an equally diverse audience.

Wallenda, a world-renowned aerialist who has been featured in five nationally televised TV specials is the first and only person in the world to walk a wire directly over Niagara Falls, the Grand Canyon and an active volcano.

Seen by over 250,000 people in Times Square, Nik will be joined by his family of thrilling high wire artists, and an all-new award winning cast from Australia, Brazil, Colombia, Ethiopia, Germany, Russia, and the United States, some of whom have previously been featured on America’s Got Talent, YouTube and The X-Factor.

For decades, The Big Apple Circus captured the hearts of New Yorkers with death-defying feats that produce oohs, ahhs and gasps throughout the crowd, putting a contemporary twist on the beloved classic. The show was forced to close in 2017 due to financial challenges and after reopening had to shut down again due to the pandemic.However, the revival has been several months in the making, with Wallenda, McKinley, Cohl and Granat bringing their extensive credentials to the table:

Director Philip Wm. McKinley has directed record-breaking productions from Broadway to Salzburg to Tokyo. Known for his direction of spectacle, his work includes the blockbuster Spiderman: Turn off the Dark, the Tony nominated The Boy from Oz and the water spectacular Le Reve at the Wynn Hotel Las Vegas

Emmy and Tony Award winner Michael Cohl is CEO of S2BN Entertainment and the former Chairman of Live Nation. Over his career he has produced and promoted tours for some of the biggest musical and theatrical acts in the world including Moscow Circus Bolshoi, Spiderman Turn off the Dark, Bat Out of Hell, the Musical, Rock of Ages, Yo Gabba Gabba, Barbra Streisand, The Rolling Stones, Pink Floyd, and U2.

Arny Granat is CEO of Grand Slam Productions and co-founded Jam Productions, which became one of the largest independent concert promoters in North America. He has won nine Tony Awards for shows including “Spamalot,” and “The Band’s Visit!”and promoted the first ever Farm Aid concert and has worked on tours for Robin Williams, Rolling Stones, Madonna, Eric Idle. Frank Sinatra and the Baseball Hall of Fame traveling exhibit.

“Circus entertainment is family entertainment, and we want to invite your family to be a part of ours. We can’t wait to reveal the new show that will certainly mix traditional circus with modern updates,” said Wallenda.

“Working with these three legendary producers who are so passionate about revitalizing the Big Apple Circus, we have come up with a jaw-dropping show that will captivate our audience,” McKinley said.

“We were in disbelief when the doors of the Big Apple Circus shuttered, but now it’s time for one of America’s most endearing shows to make a triumphant return. We plan to offer new surprises in a safe, family environment and hope it will provide some respite from this rough period in our country. We’re looking forward to welcoming back the kids, and presenting an amazing evening for parents and their kids that’s safe for everyone, but Nik,” said Cohl.

“I’m proud to partner with Michael, Nik and Phil to present the Big Apple Circus to fans who have been missing out on this one-of-a-kind entertainment. We’re determined to make it an experience you won’t forget,” added Granat.