Embracing Technology with Lea Toran Jenner: A Circus Artist and a Youtuber 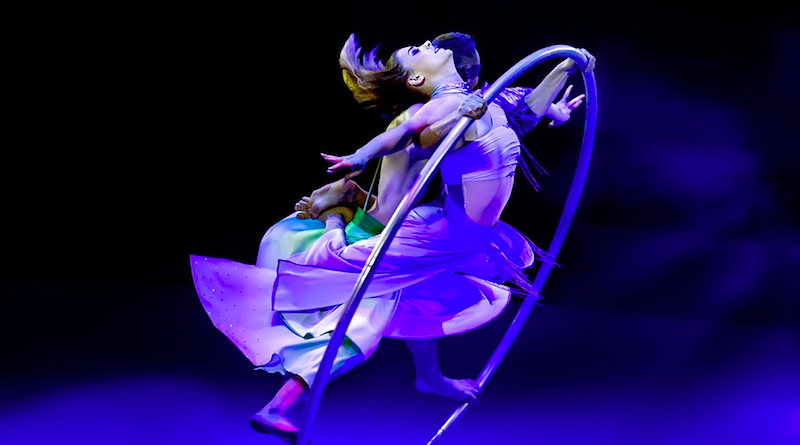 We are watching the world around us change as technology becomes more integrated into our lives. Why leave circus behind? Could film and circus be the next trending collaboration? Lea Toran Jenner is a Youtuber and circus performer that molds these two career paths together to create an artistically, mentally, and physically fulfilling life for herself. Lea studied cyr wheel at the École nationale de cirque (ENC) in Montreal. Now she focuses on performing a duo cyr wheel act with her partner as Duo Unity at Moulin Rouge in Paris while she is studying in film school on the side and posting lifestyle content on her Youtube channel to get the word out that being a circus performer is a possible career choice.

Fiona: Tell me about how you started in circus and what inspired you to pursue this type of career? How did circus school help you grow as an artist?

Lea: I have always been a hyperactive kid. Ever since I can remember, my biggest dream was to perform in the circus. My parents soon were exhausted by my energy levels and sent me into a children’s gymnastics program when I was five, figuring that this was similar to circus. By the age of seven, I was already training five times a week for a total of 15 hours per week. My mum was shocked seeing me repeating and repeating the same acrobatic movements all of the time and was worried if this was good for me, but I loved it, not even knowing that this would become the base of my future career as a circus artist. At the age of 11, I switched from artistic gymnastics to aerobic gymnastics. I joined the German National Team and competed at two World Championships for Germany. But my real dream has always been to join the circus.

I come from an academic family who told me that I could not be in the circus since I did not come from a circus family. At that time we all simply did not know that circus schools existed. When I was 15, my family went on a sabbatical to Montreal. My mum discovered ENC, and found out that there was a children’s summer program. When I set foot in this school for the first time I knew that I wanted to study there at their college program.

For the next four years I was training as hard as I could by myself, working on anything I could get my hands on. Handstands, acrobatics, juggling, dance. My parents made a deal with me that if I finished school in Germany with good grades that they would finance this three year study abroad. And so accepting the deal, at the age of 19, I auditioned at ENC and was accepted.

Until then, I knew little about contemporary circus. I was definitely behind my classmates when I started. The school program was intensive and hard, but perfect for me. My teachers were pushing me beyond the  limits not only of my body but also of my mind as an artist. I started to learn the discipline cyr wheel from scratch– I had never touched it before. After a few months in school, I grew really close to my now duo partner, Francis Perreault. We started developing a duo cyr wheel act which we had to train at night since it was not a official class we had together. We often stayed training until the school closed at night and lots of other pupils had long left, and this totally paid off. I finished school with a solo cyr act, a duo cyr act and some aerial knowledge. In three years I became not only an artist but also a woman. It was never easy and I questioned myself a lot, but it was so worth it, and I can only recommend this school to anybody who wants to become a professional circus artist. 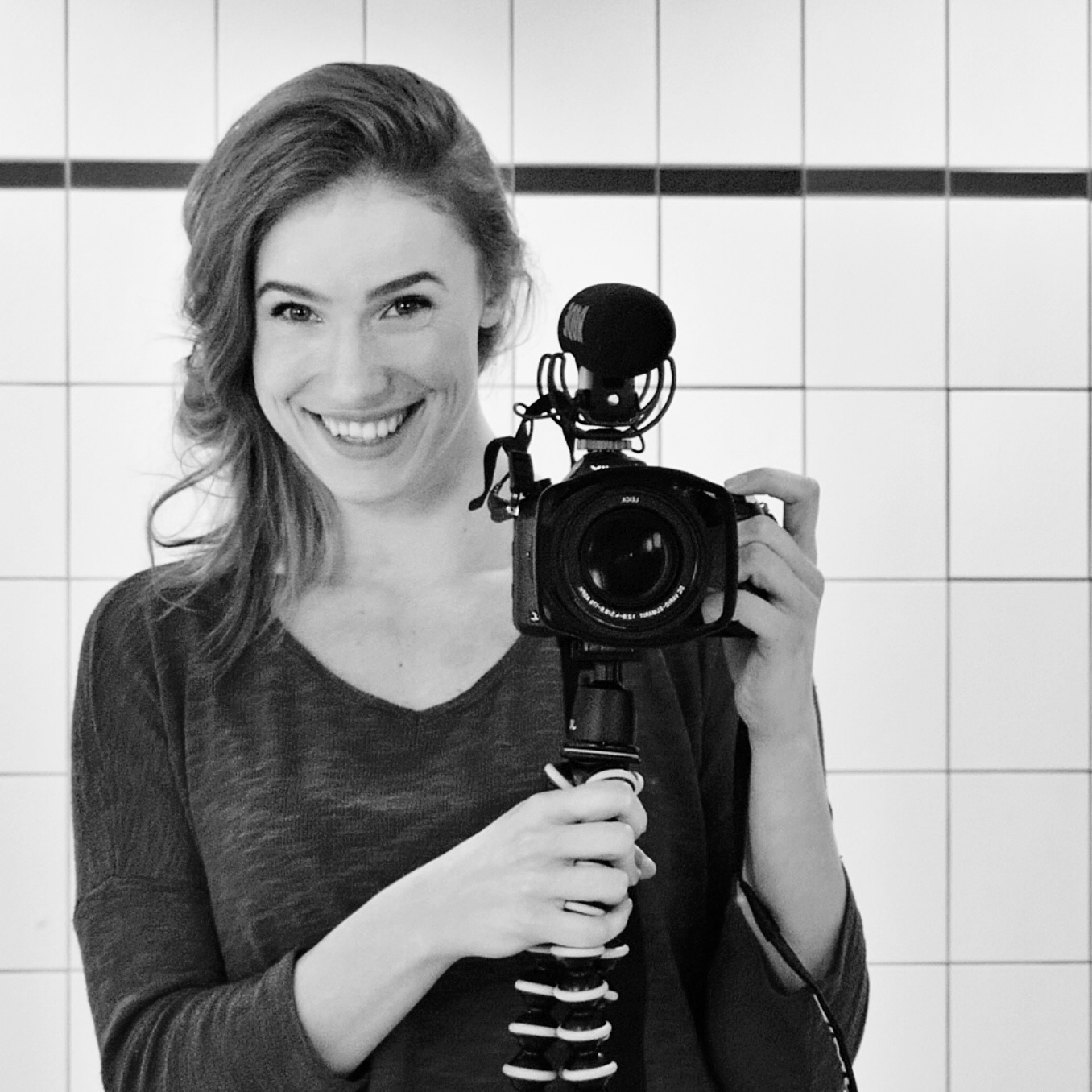 FB: Where did you get the idea to start a YouTube channel?

LTJ: The idea of making a YouTube Channel came when I came back to visit old friends and family who did not know anything about circus. They all had the same questions for me. Some were technical like: “Don’t you get your fingers smashed under the wheel?” some were linked to my job: “Can you really live from this?” It was funny to answer always the same questions and at one point I thought maybe it would be interesting to make videos about my job, since it seems that there are so many questions about it.

FB: What is the purpose of your YouTube channel?

LTJ: I guess it is a mix of documenting my own journey as a modern circus artist and also a platform to learn from, exchange and get motivated from. Since I was training by myself for such a long time, I would have loved to have somebody teach and explain to me how the circus world works and what kind of lifestyle circus artists have.

FB: What style of video is your favorite to make? Vlogs or full production videos?

LTJ: What I like is the mix of it all. Vlogs are great because they show what really goes on behind the scenes. But full production videos are exciting as well. Because it is a video that people can come back to and learn from. It is a different challenge to make them. Vlogs is all about being creative in the editing, while full production needs more time in preparation.

FB: Do you do all your own taping and editing? How much time do you spend doing circus versus your videos?

LTJ: I edit it all my myself. The editing process is super important to me because it defines the rhythm and the story of the video. But it is a very long process. Sometimes I have people helping me film, but for now that’s not often the case. I guess I spent half on my videos and half on circus. It’s a great 50/50 because circus is mostly physical work, being creative with your body and the videos are being creative with your mind.

FB: How do these two lives fit together?

LTJ: Right now I am on a long term contract working at the Moulin Rouge in Paris. It is a contract I started in the beginning of 2017 and I’ll be here (with Francis) until the end of 2018.  Since I work at night, I decided to go to a film school in the mornings to learn the craft of filmmaking on a professional level, giving me more options in making videos and movies. So it fits perfectly! And soon when I’ll be on the road again, after having finished school it will be great too because travelling and new shows give me a great opportunity to create new exciting content.

FB: Who is the audience for your videos? Circus performers or people who are just interested in the industry? How do you accommodate either or both of those communities?

LTJ: It is a pretty mixed audience. There are definitely a lot of young circus artists that are just starting out and want to know about schools, training and tricks and tips. But then there are also people who saw me perform somewhere and want to stay in contact. I try to make videos that show me and my life as well as videos that can help other circus artists.

FB: How do you think technology (such as videography and youtube) has changed circus? And what do you think is in store for the future?

LTJ: I think because of videos and social networks a lot of things in circus have changed. First of all, it made it a lot easier to sell your act across the world, and have a wider visibility. Then also young and new artists can get an idea what is done across the world and what tricks people are working on, and they are pushed and inspired to try for themselves. Personally, I learned a lot of tricks from watching Youtube videos, and I have heard from a lot of people doing this as well. In addition to that, there are more and more art videos combining circus, music and interesting visuals. These videos make circus popular and more modern. There are still so many people out there that think that circus is red noses and elephants. It is great to see that due to modern technology these stereotypes can change.

I think in the future, virtual reality could use circus to make a new experience out if it. Personally, I don’t know much about VR yet, but I can imagine watching acrobats from up close, who jump all around you as a pretty exciting thing for the general audience.

But even with all of these videos coming out, circus will always have its charm in the live performance. The precision, the risk and the energy of a performer can only be really portrayed live I think. April 16, 2021 Lydia NordComments Off on In Celebration of World Circus Day, April 17th

CircusTalk would like to wish a very happy 11th World Circus Day to our wonderful circus community! The holiday was…

April 15, 2021 CircusTalkComments Off on Your Next Step is Entering the PRO Space–Free Trial in April
North America Podcast