End of an Era for Circus Oz, As Rob Tannion is Leaving the Company 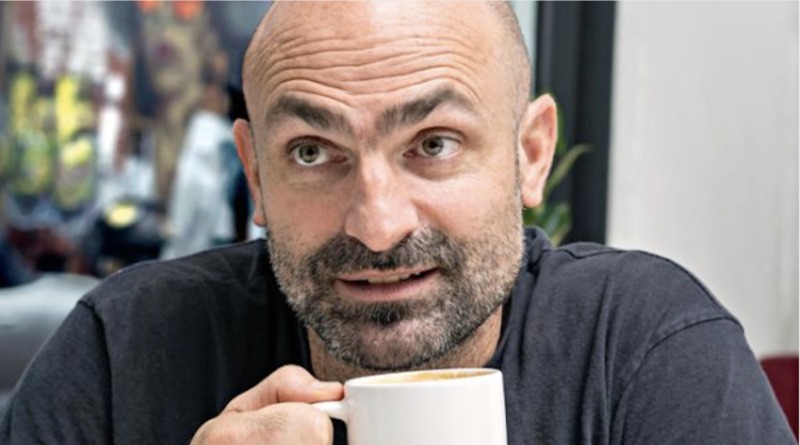 Circus Oz announces that Artistic Director and Co-CEO Rob Tannion will leave the company on Friday, 28 June 2019 as he accepts a fantastic opportunity with Cirque du Soleil.Since being appointed as Circus Oz Artistic Director and Co-CEO in 2016, Tannion has implemented an exciting and invigorating vision that has laid a solid foundation for a broader artistic approach for Circus Oz.

Circus Oz Chair, Nick Yates, said, “Rob was appointed to transform the company, which he has delivered in spades, including introducing an expanded portfolio approach to programming.” “In a short period Rob has amplified our artistic vibrancy, interrogated our approaches and cemented the role that Circus Oz plays in a flourishing circus and arts sector,” said Mr Yates. “On behalf of the Board, we would like to thank Rob for his sound leadership for Circus Oz over the past three years and wish him well in this amazing career opportunity,” said Mr Yates.

Tannion highlighted that it is a bittersweet situation, “It was a tough decision to make this move. But I’m very proud to leave Circus Oz with new ideas and a refreshed vision that will continually diversify our audiences and community engagement.” Over the three years under Tannion’s leadership, he has moved the company from one all ages Big Top show to a selection of different offerings which reach new and diverse audiences that create a lifetime of opportunities for everyone to engage with Circus Oz. While at Circus Oz, Tannion has experimented with progressive ideas, created works of varying scale and developed deeper collaborations and partnerships, including with the Melbourne Symphony Orchestra, Otto & Astrid and Company2.

As part of Tannion’s approach, he created a number of new Circus Oz shows to critical acclaim, including Model Citizens that has toured extensively to over 120 locations (with a Colombian season in October 2019) and Precarious which is currently touring to 11 locations across Victoria, Northern Territory and Western Australia. Tannion has led a range of Circus Oz collaborations, including Tutti with the Melbourne Symphony Orchestra; Rock Bang with Otto & Astrid (now touring to Tasmania in July 2019) and the newest show Wunderage with Company2 that has its world premiere season in June 2019. As a result of Tannion’s foresight, Circus Oz audiences have expanded and this has contributed to an increased financial position for the company.

While the Circus Oz Board consider the future possibilities and announce their plans in the coming months, Kate Fryer will be appointed in an interim position as Artistic Facilitator. As a long-term collaborator with Circus Oz, Fryer has over 20 years circus knowledge and skills from co-founding independent circus company: Dislocate; co-directing Precarious with Tannion; and currently as Circus Oz Associate Director developing new works including the upcoming Big Top season in Melbourne in September 2019.