Circus Artist -Canada
Alexandra Royer is a member of the circus company Barcode. She describes herself thus: "To write, I need to use sideways ways. I wish for shows that present poeple who want to share who they really are or something they actually believe in, on stage.
I take a lot of baths because I do a lot of shows.
The shows I do at the moment are not the one I wish for.
The show we are preparing is named "Sweat and Ink"
I had the idea for this title as I was running on les plaines d’Abraham, two Januarys ago. I wanted to resume this idea of a dramaturgy written in Circus language.
I’m rarely mad because I can adapt very easily--when it happens I usually ask somebody for a cigarette.
I think change is a good thing.
Cigarette use to make me very mad as a kid.
I love to listen to Leonard Cohen, Anderson Paak and Barbara.
I love to read David Desjardins, Michel Tournier and Persian poetry.
I let the books be chosen by some kind of external force cause I have a hard time making plans.
I can be on time and drive a car, but it’s still a work in progress.
I often found myself thinking stuff like "I hope the wonderment that often deconcentrates me will never cease to exist."
I let the way unrolls itself under my feet, instead of trying to control it. I guess that's a side effect of being a russian bar flyer at night. "
Alexandra's profile 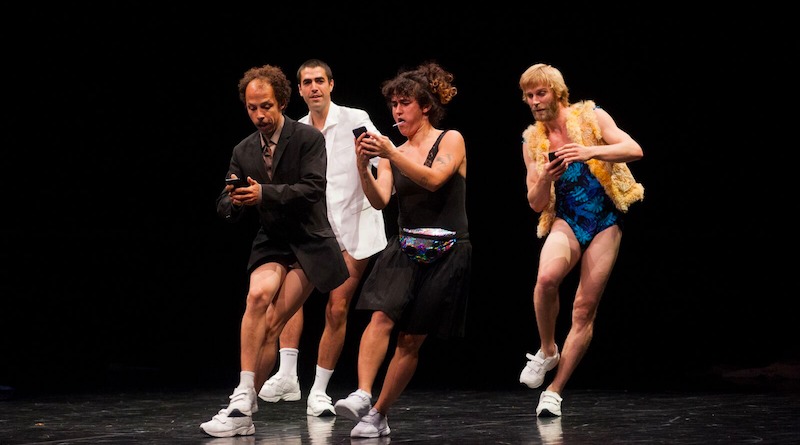 The CIRCa festival is the mecca of contemporary circus. As it’s director, Marc Fouilland likes to call it “le rendez-vous