No Curtain Calls or Intermissions. Broadway is Back, but this Act is Different from Before - CircusTalk

No Curtain Calls or Intermissions. Broadway is Back, but this Act is Different from Before

(CNN)- The curtains have been closed and the lights dimmed on Broadway since March 12, 2020. But New York City is slowly reopening amid the ongoing pandemic and that includes The Great White Way — with some notable changes.

Bonnie Comley, a three-time Tony award-winning producer and President of the Board of The Drama League, spoke to CNN about new Covid safety protocols being implemented by Broadway theaters and productions as shows resume.

“It’s really exciting to get back into the theater. The producers and the theater owners have made the commitment to open it this time and the shows are going on,” Comley said.

That commitment means audience members will need to show proof of vaccination and will be required to wear masks. There will no longer be intermissions or autograph opportunities at stage doors. Many show times are being condensed to run about 90 minutes.

Comley said show directors are working in tandem with theater owners in support of the changes. 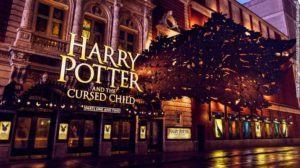 “The perfect example of that is with ‘Harry Potter and the Cursed Child.’ That was a two part show, five hours worth of theater. That was a magnificent piece of theater, but like a bunch of pieces of theater they’ve actually condensed it.”

When it returns on Nov. 16, “Potter” will be combined into a single, shorter show.

“It’s going to be all in one seating,” Comley said. “So, it’s really like seeing a new show again.”

Producers are not only reworking the length of what you’ll see on stage but also changing choreography backstage.

“The people that change other people, all that stuff that you don’t see is also being restaged and there will be safety deputies that are going to be assigned backstage to watch all of that,” she explained.

“Things are changing, and it’s not necessarily going to be what it was when we left it back in March of 2020, but there is still going to be great theater,” Comley said. 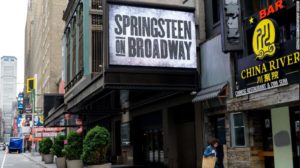 “Springsteen” reopened in June at the St. James Theater. Sara Bareilles will return to star in the lead role of Jenna Hunterson in “Waitress” on Thursday. “Hadestown,” the last show to win a Tony Award for best musical before the coronavirus pandemic, also returns Thursday. Other major productions, including “The Lion King” and “Hamilton,” will reopen in two weeks.

Broadway is big business for the economy of New York and an estimated 97,000 people are employed by shows. The Broadway League launched a campaign this week narrated by Oprah Winfrey to welcome theater lovers back…

Every year, VIVA Fest spotlights some of the rising stars of circus: diverse, inspired talents with unique visions to share.

Think Inside the Box – Views of a Contortionist

May 11, 2022 CircusTalkComments Off on Think Inside the Box – Views of a Contortionist

May 10, 2022 Shenea StilettoComments Off on Live Like An Acrobat Podcast Ep.49: Circus Legacy Matters with Ricardo Sosa

Hand in Hand with Ukraine

May 9, 2022 CircusTalkComments Off on Hand in Hand with Ukraine

Circus performer for a director position