A new circus seeking to cater to diverse audiences and feature performers with disabilities has postponed its in-person world debut.

Crews were setting up Omnium Circus at Tysons III this week when the organization abruptly halted its upcoming run from Nov. 18 to Jan. 9.

Customers who purchased tickets can get a refund or exchange their tickets for the delayed performances. The circus also notes that people can choose to consider the tickets as donations due to the organization’s nonprofit status.

“So much of live entertainment — you even see it on Broadway — …they’re all trying to get back, and it’s not always a smooth ride for everybody at the start,” spokesperson Alan Miller told Tysons Reporter, adding that such performances are not seeing the advance ticket sales they previously did.

No definitive replacement dates have been set yet, but the circus said it’s rescheduling the show and plans to return in the spring. Groups that reserved tickets have already rolled over to those future dates, Lewis said.

The circus released a statement yesterday (Wednesday) announcing the decision, which it said was due to a “combination of insurmountable circumstances beyond our control have forced us to make the very difficult decision.”

“It was kind of like a perfect storm,” Lewis said.

According to Lewis, investors wanted the show to be postponed, citing COVID-19 concerns, slow ticket sales, and reports of a potential terrorism threat.

Read the Full Article at the Tyson Reporter. 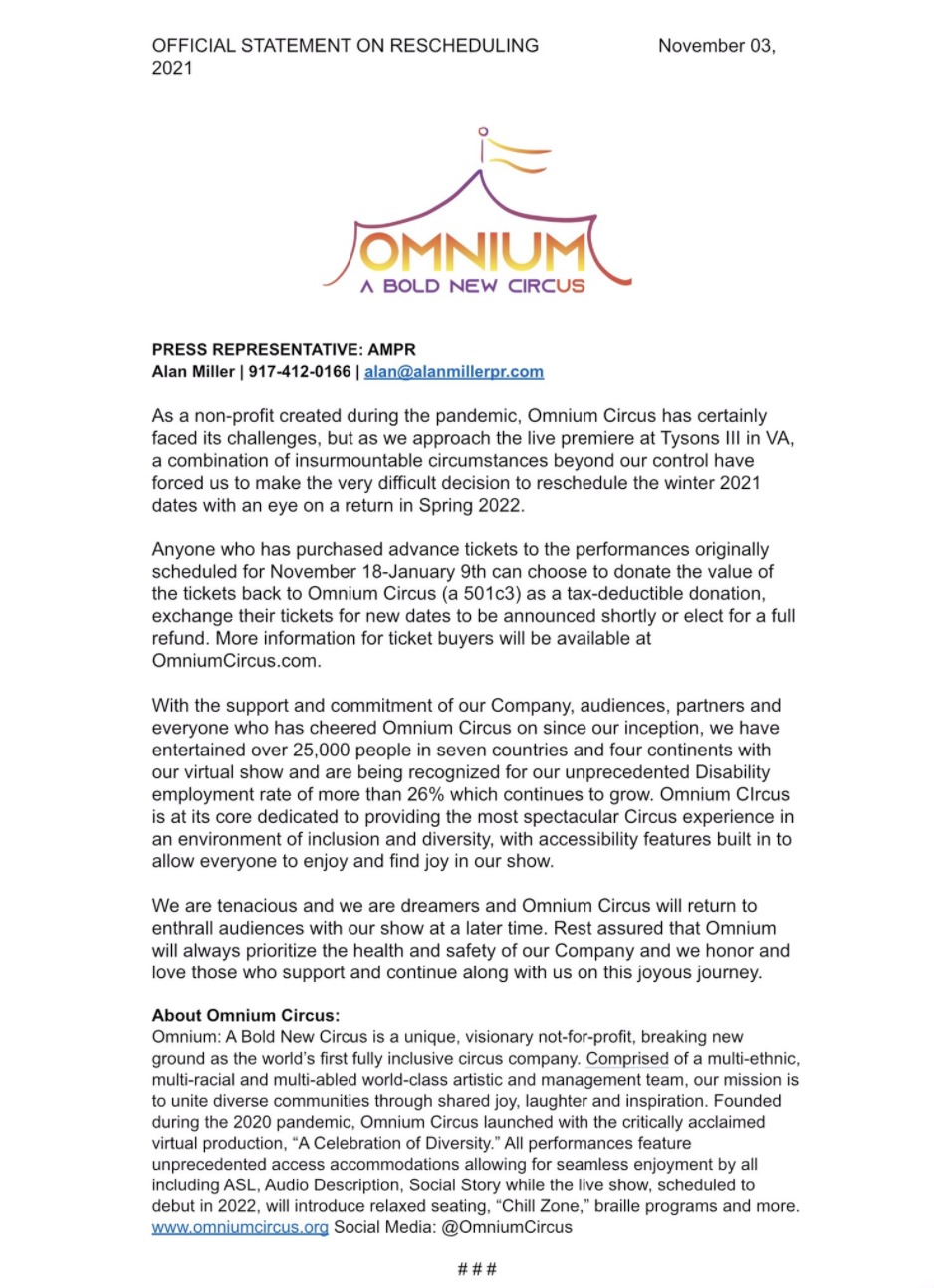 On this episode of the Live Like An Acrobat Podcast celebrating Black Music Month, host Shenea Stiletto interviews Xharlie Black,

June 14, 2022 CircusTalkComments Off on Cirque Bijou’s Reflections From The Jubilee Pageant

Looking for a performer for the new performance ‘Mother’s White’

Looking to hire a dance educator