Starting a New Chapter—Double the Fun 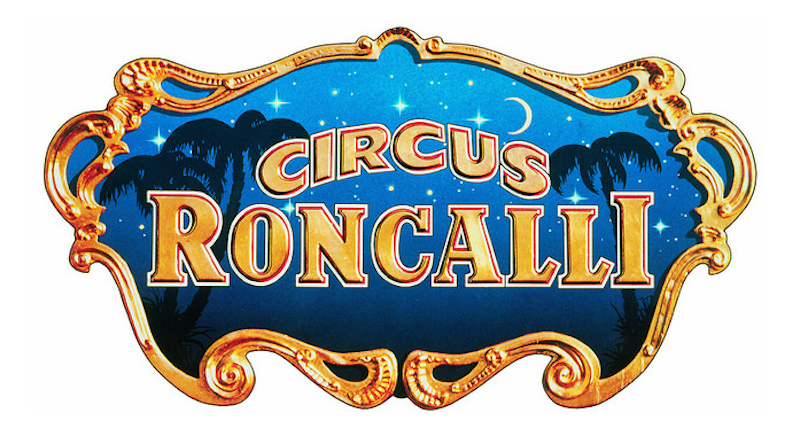 Circus Roncalli has always been a bit different compared to the other circus companies on tour in Germany. It all started as a project created by a civilian, who had no circus family background, Bernhard Paul. Paul, who was an employee in an advertising agency, had always dreamt of being a circus director. He made his dream come true when he founded Circus Roncalli in 1975.

After struggling for years in the beginning, Paul turned his new circus into an unprecedented success story. Circus Roncalli soon became a synonym for a total work of art. The company found itself stepping out of the path of traditional circus, being invited to cultural festivals, attracting intellectuals and artists from various disciplines, and getting rave reviews from critics as well as from audiences, who rapidly grew to love the partly traditional, partly modern mix of performances in the center ring. Additionally over the years Roncalli started a lot of side projects, such as bringing circus arts together with rock bands (the Höhner-Rockin-Roncalli-Show and RonKelly) and classical music (Circus meets Classics) and being involved in various shows in fixed theaters, including the Apollo Varieté Düsseldorf and and the Wintergarten in Berlin. Meanwhile, the company kept touring with its marvelous one-ring-tent, entertaining 1,300 people daily as the core foundation to its success. However in 2014, a new chapter began when the decision was made to send two circus programs on tour. The timing was promising: the main unit spent the summer primarily in Austria, where the circus had already toured successfully from time to time. The second unit had its premiere this summer in Gütersloh, a smaller town in northwest Germany.

The new unit’s tour is scheduled until 2015 and will travel only to cities where the “main” Circus Roncalli has never been. Thomas Schütte, the executive producer of this tour states: “Roncalli became a well-known brand for a certain style of circus in Germany over the last 30 years. So a lot of people know about the circus, but not everybody could see it because it used to travel only to bigger cities. This new tour allows us to open new cities and invite our fans to places where we haven’t been before.” This, combined with much shorter stays in each city, is the biggest difference from the original Roncalli tour. It seems that these two points are also the key factors the producers are counting on to ensure the new unit’s success. Because it will switch cities more frequently, the new tour is travelling only with trucks, whereas the main circus is still travelling mostly by train in Germany.

But is there a difference for the audience? Will the facts of faster changes and smaller cities make a difference? Most importantly, can the new Roncalli show live up to the parent company’s great reputation and the expectations of the audience?

The answer appears to be yes. I attended the premiere in Gütersloh on August 28th. As I am very familiar with Roncalli over the years, I witnessed an impressive evening with a real Roncalli experience. Of course certain details were different, and one could recognize that it is not the main tour. But the most important fact is that the show itself was nothing short of a real Roncalli circus show: a lively mix of acrobatics and aerial acts, comedy, animal acts (horses and dogs), a ballet, and clowns, all accompanied by a live circus band.

The cast included a mix of acts that have successfully travelled with the main Roncalli tour in the past (such as the spectacular male duo-trapeze act Sorellas and the great clown Sergey Maslenikoff) and some newcomer acts that nonetheless fit perfectly into the high-quality concept of Roncalli performances. Particularly outstanding among the new acts were the musical clown Gabor with his recorder flute acts and Romina Micheletty, who presented a gorgeous hula hoop dance.
This mix of familiar and novel was completed with a special guest
comedy act, also known to Roncalli visitors from a previous tour and only performing for one city at a time, whereas the rest of the cast stays together for the full tour. In Gütersloh the special guest act was the Freres Taquins, a well-known mime duo, performing two of its signature pieces.

Did the audience feel the Roncalli feeling? Indeed, it was a great night, and the ovations lasted long. It seems that the experiment of sending out a second unit of the show will pay off and despite some differences in planning and logistics, it will turn out an equal show under the name of Roncalli. Juggler, Writer -Germany
Martin Mall loves to play with gravity. He is a juggler, diabolist, laser artist, and sky diver. His creative skills and surprising acts incorporate a range from classical music to modern technology. During his 20 years of stage experience, he has performed countless successful corporate, circus, and theater shows and been recognized with awards and prizes, e.g., from the International Festival of the Circus of Tomorrow (Paris, France), Wuqiao Circus Festival (Shijiazhuang, China), the Budapest Circus Festival (Hungary).
You are about to enter a members-only zone.
To share this article on your CircusTalk member page and connect with circus professionals from all over the world, sign up now. It's free!
Sign Up
Already have an account?
Log in

Martin Mall loves to play with gravity. He is a juggler, diabolist, laser artist, and sky diver. His creative skills and surprising acts incorporate a range from classical music to modern technology. During his 20 years of stage experience, he has performed countless successful corporate, circus, and theater shows and been recognized with awards and prizes, e.g., from the International Festival of the Circus of Tomorrow (Paris, France), Wuqiao Circus Festival (Shijiazhuang, China), the Budapest Circus Festival (Hungary).

August 4, 2020 Kim Campbell, Emily Holt y Fiona BradleyComments Off on The Next Wave in the #METOO Movement, Listening to Victims’ Voices in Circus