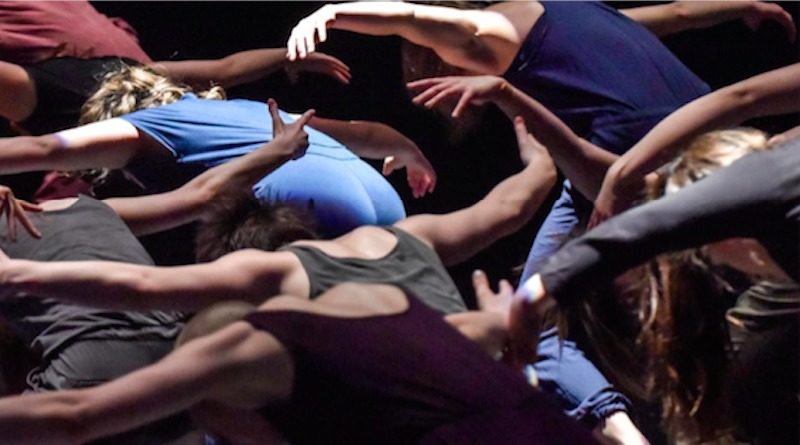 Montreal, September 26, 2021– This year marks the 40thanniversaryof the École de danse contemporaine de Montréal (EDCM). In order to share this celebration with as many people as possible, several activities putting the talent of the next generation of contemporary dancers at the forefront will be presented to the general public, starting with, this fall:

The 2020 graduates of the ECDM present Les arbres meurent debout, an original creation by Montreal artist Clara Furey, herself a graduate of the ECDM, as part of the Conseil des Arts de Montréal’s Quand l’art prend l’airprogram. Location and schedule to be announced soon on the ECDM website! The event will be postponed to the following day depending on weather conditions.

The public is invited to a behind-the-scenes look at the third-year students’ recreation of Virginie Brunelle’s piece, Les corps avalés. This event will be presented as part of the Journées de la culture, in the presence of Sophie Breton, creative performer and EDCM graduate, and Lucie Boissinot, Artistic and Academic Director of EDCM. September 24, 2021, 7 P.M., online.

EDCM, the Story of a Dream

Specializing in contemporary dance training, EDCM is the first Quebec institution to professionally train dancers outside of the classical tradition.It is intended to be a fertile ground for research and artistic development as well as the emergence of new trends.

It is in 1981 that the idea of ​​initiating training in modern and, later, contemporary dance, imposed itself on Linda Rabin and the late Candace Loubert.

“Candace and I wanted to integrate, on stage, the expressiveness and the interiority of our being with the technical strength. This has been the aim of the school since its foundation–to bring these two aspects into its training. We arrived at the right time because there was a need in Canada for training centers.” –Linda Rabin, co-founder and former co-director of LADMMI.

Candace and Linda founded Les Ateliers de danse moderne de Montréal inc. in the iconic Belgo building. They opt for an innovative approach based on physical training, the creative process and somatic techniques. The institution’s soul is greatly imbued with the techniques developed by the greatest names in dance (Martha Graham, José Limon, F. Mathias Alexander, Elaine Summers, etc.) and with the welcoming of internationally renowned masters.

With the goal of bringing each individual to their full artistic and technical potential, EDCM has trained more than 400 professional dancers who have distinguished themselves on national and international scenes. Now located in the Wilder-Espace Danse building, in the heart of the Quartier des spectacles, the school continues the work of its founders according to the same philosophical lines, always seeking modernity and renewal.

“Throughout its history, EDCM has been defined by risk-taking and creativity. The adaptability and open-mindedness that characterize EDCM have always allowed it to shape and respond to the changing conditions of dance practice. This leading-edge approach remains essential to reinforce its specificity in the ecology of contemporary dance.” –Yves Rocray, Executive Director.

“In order to train embodied, successful and unique dancers, EDCM pays equal attention to the framework and the content with regard to each individual in training. Encountering some forty professional artists allows each student to explore and discover their own field of virtuosity. This approach provokes a transformation from which emerges a singular and plural dancer.”– Lucie Boissinot, Artistic and Academic Director.

Specializing in contemporary dance training, the EDCM has positioned itself as a centre of excellence in the Canadian performing arts community. Recognized for its leading-edge, rigorous training, the EDCM is fertile ground for research and artistic development as well as for the emergence of new trends. Since its founding in 1981, it has trained over 400 professional dancers, who have gone on to earn national and international recognition. The EDCM is an educational institution that is affiliated with the Cégep du Vieux Montréal and accredited by the Ministry of Education and Higher Education of Quebec.

Originally from Northern Ontario, Candace Loubertreceived ballet training that took her early on to stages across Europe, where she toured with numerous companies. In Canada, she danced for Les Grands Ballets Canadiens de Montréal for five years, after which she co-founded LADMMI, now the École de danse contemporaine de Montréal, for which she assumes the artistic direction until 1996. In 2011, Candace Loubert passed away after a long illness.

The School in a Few Figures