Eugenio Larible, Italian Circus Icon, Dies at the Age of 86 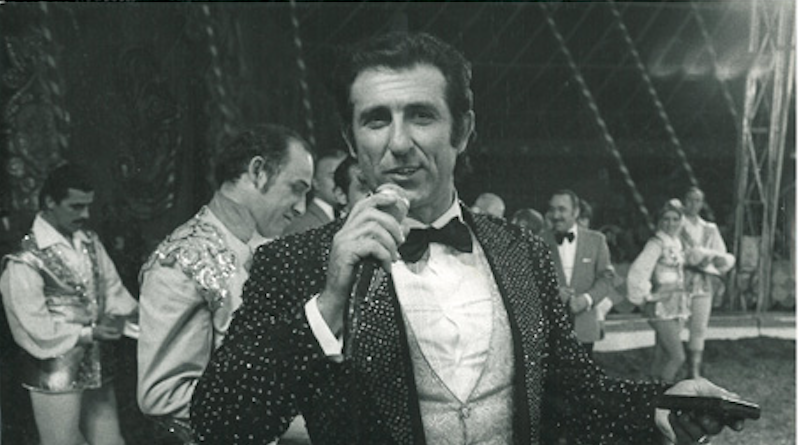 The Italian National Circus Association has announced thatEugenio Larible, an Italian circus artist, juggler, clown and trapeze artist, has passed away at the age of 86. Eugenio Larible was also an acclaimed teacher, first in the circus school in Cesenatico, and later in Verona.

Eugenio Larible was born in Massafra, Italy in 1931 into a circus family. He started performing in the family circus at an early age and learned all his circus skills and crafts from his parents. From his first wife, Luciana Cassartelli, he had four children, Cinzia, Eliana, Vivienne and David. Besides actively performing, Eugenio managed and nurtured his children’s careers.

After launching Vivien and David’s career in the US, he returned to Italy, remarried at the age 65 and had four more children, Daniel, Alessandra, Beatrice and Liana. He devoted the later part of his life to teaching. His main goal has always been to spread the circus culture, while of course always hoping to discover new talent.

He was one of the most prized instructors in the history of the Monte Carlo Circus Festival. Besides his son and student, David, who won the Silver and Gold Clown, Eugenio also contributed to the success of the Silver Clown of the Azzario Sisters (equilibrists) and the Gold Clown of the Errani Brothers (icarian acrobats). When Eugenio talked about act creation, he always emphasized originality. He always encouraged his students to find something unique that differentiates them, the presentation, the equipment or the technique.

Eugenio Larible was put in rest on Monday, Sept 25th in the cemetery of Bussolengo, Italy, in the Circus Mausoleum, where over a hundred circus artists are buried from such notable families such as Casartelli (Medrano), Caroli and Togni.