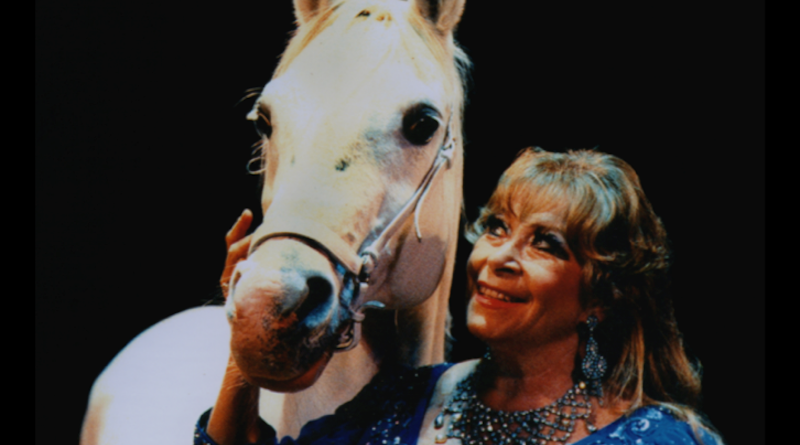 Losing her battle with a long illness, Christel Sembach-Krone, the well-known director of Circus Krone, died in Munich at the age of 80 on Tuesday.

Christel took over the leadership of Circus Krone in 1995, after the death of her mother, Frieda Sembach-Krone. Circus Krone is one of Europe’s largest circuses with a circus building in Munich and a division with a tent seating 4500 spectators. The circus, established in 1905 by Christel’s grandfather, Carl Krone (1870-1943), originally started out as an animal exhibition.  The love of animals has stayed with the family through generations. After her first debut in the ring at the age of 10, Christel stayed faithful to the family’s animal tradition and pursued her circus career as an animal trainer.  “There has never been a moment in my childhood when I had doubts about continuing the family tradition and having a career in the circus,” she once said in an interview.She became famously inseparable from her horses and had actively performed with them for more than five decades from 1956.

“A circus without animals is not a circus but a traveling theater or variety,” Sembach-Krone said a few years ago.

Although the sad news on Tuesday left the international circus community mourning, Christel’s passing opens up a new chapter in the history of the legendary German circus family, as her adopted daughter, Jana Mandana Lacey-Krone, representing the fourth generation of the Krone’s, will take over leadership.