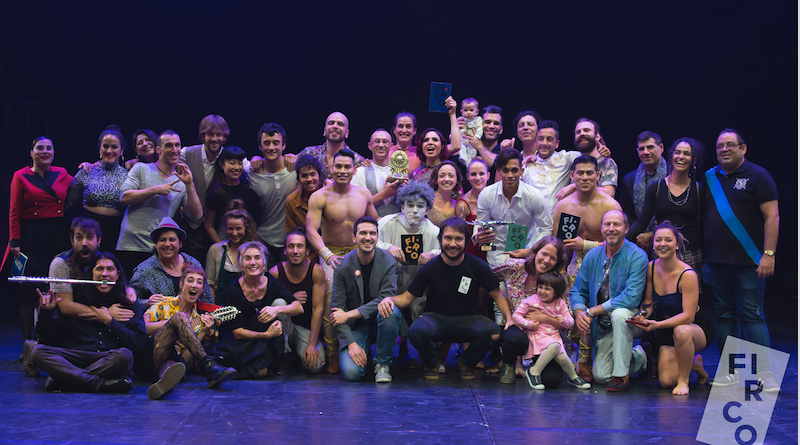 From 19th to 21st of October 2018, Teatro Circo Price in Madrid hosted the first edition of FIRCO, and consequently the first festival to feature Ibero-American circus. The cultural diversity of Ibero-America gathered on Price in this competition, in which 16 artists from 10 different countries participated. According to Rafa Peñalver, president of Circontinentes, the driving association of the project, “FIRCO has pursued a balance between the participating countries, the techniques shown and also from the point of view of gender. We wanted to incorporate the best of other festivals and improve what we did not like so much.”

Without a doubt, FIRCO has incorporated great things. FIRCO is now synonymous with youth, energy, enthusiasm and exchange. A springboard for young talents, but also highlighting the communion on stage of very different conceptions of the circus that may seem antagonistic, FIRCO has proven that they can naturally share a common space if the context is the right one.

The cultural variety of Latin America looked at it self in the mirror of the circus with a fun and spectacular program and a festive and cheerful atmosphere. The large, dedicated audience, was enthusiastic, and enjoyed the acts from the first moment until the final delivery of prizes. But, as on of the members of  Tripotes La Compangnie points out, “We have also really enjoyed it as artists, in a great experience of exchange and coexistence”. It shouldn’t be overlooked that this experience also allowed them to meet the group of programmers who participated on Sunday the 21st in a round of speed meetings.

With the frayed nerves and excitement an event of this magnitude creates, the first two competition galas took place. FIRCO started on Friday the 19th with the performance of Spanish juggler Toto, and also from Spain Lucas Locus (juggling bounce) and DanyZoo (hand stand). There were also three aerials numbers: The Colombians Dúo Réquiem (straps), Duo2Filles (aerial cradle) that came from Brazil and Portugal, and from Cuba Hermes Pompa (aerial pole). The first day was completed by the Mexican Fernanda Sumano (Hula Hoops) and the Argentines of Dúo Laos (hand in hand).

Both days, the program ended with the presence of Nata Galkina, guest artist who presented an original and tender number of antipodism. Alll of the galas had live music thanks to the Ombligo Orquestina, and the actress Inma Cuevas was the master of ceremonies. Cuevas was visibly moved by having made contact with the world of the circus through these galas and her interaction created numerous funny anecdotes. However, she lacked something more natural and improvised in her performance, which was especially noticeable since the galas on Friday and Saturday had exactly the same script. On Sunday the MC relaxed and introduced new elements of interaction with the audience, for example, a funny song sung in rounds accompanied by the orchestra.

Once all of the numbers were seen, the task of the jury (composed of seven international professionals of recognized prestige in the field of circus) was not easy. The richness and  diversity of FIRCO meant the jury had to consider and compare works and disciplines of very different styles and nature.

Based on the rules, the jury chose eight of the 16 numbers exhibited (and counted on the public to choose a winner who had a direct pass to the final event). The process was based on applying objective criteria and subjected the jurors to intense deliberation and debate. However, the eight chosen artists did not represent every discipline equally because no one was selected from the juggling category for the final night of competition, and the absence of a juggling act was felt by all.

Since the jury decided the winners on Saturday night (although their names were not revealed until Sunday evening) the nerves of the previous days disappeared for the final gala and the artists enjoyed themselves enormously performing on the stage, with energy and enthusiasm. The night started with Duo Laos with a number that they have mastered perfectly for years and in which they demonstrate their precision in hand to hand, with quick and precise movements that left her face really near the floor a couple of times. They were followed by the Colombians of Dúo Réquiem with an unusual technique, the straps, which fascinated the public by its spectacularity and danger. It was especially shocking when they were suspended from the mouth or neck of the partner to make impossible turns in the air. Then, the audience enjoyed the overflowing and frenetic energy of Tripotes and his number on double tramp using ping pong balls, in an original mixture of juggling and acrobatics. Closing the first block of the gala was the youngest performer of the festival, Hermes Pompa, who left his native Cuba for the first time to compete in FIRCO with his number on air pole. Hermes played on  the pole with a great compilation of top-level technical movements. 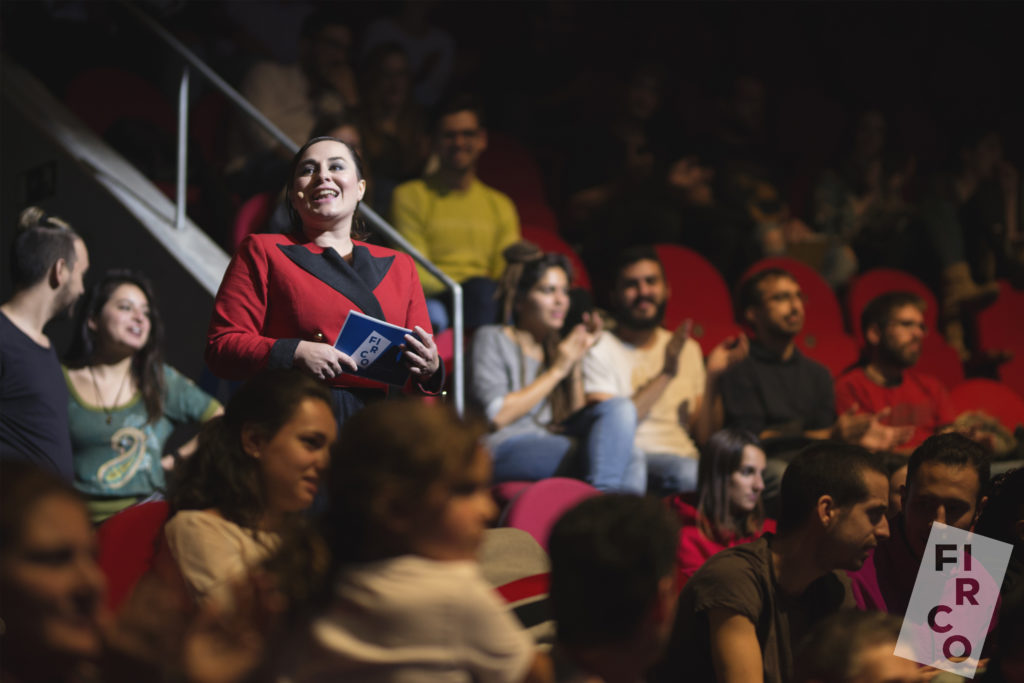 The second part began with the good vibes and the sympathy of Dúo2Filles and it’s fantastic aerial cradle number. DanyZoo followed them, an artist whose training in contemporary dance allowed him to show a subtle and elegant piece in which he demonstrated his mastery with hand stands. Dany can mix in a very natural way all kinds of variants within the hand stands, also incorporating very subtle references to his training in break dance, such as an amazing final flare. Then there was a surprising and refreshing number of clown and Cyr wheel by Aimé Morales, who captivated the audience with his sympathy and tenderness, while leaving them with their mouths hanging open for the mastery of a technique as complex as the Cyr wheel. The audience was also astonished by the Peruvians of Dúo Vitalys, who closed this gala with their spectacular precision, strength and technique in the hand to hand act.

At this point, fate was cast and it was time to meet the winners, who received their awards from the different members of the jury:

The prizes recognized the talent of all the participants and were a great finishing touch to this first edition of FIRCO. The organizers have already confirmed a second edition in the autumn of 2019, thanks to the essential cooperation of the Circo Price Theater. This first edition, brilliant in its contents and brilliant in the work developed by a young and enthusiastic team, has set the standard so that the Ibero-American circus will continue to soar. See you at FIRCO 2019! Journalist, Communication Director -Spain
Gloria Díaz is a journalist who specializes in cultural communication, with her works focused mainly on the areas of circus and dance. She is the communication director of CIRCADA Festival (Seville, Spain) since 2013 and MES DE DANZA (Seville, Spain) since 2015, among other projects.
You are about to enter a members-only zone.
To share this article on your CircusTalk member page and connect with circus professionals from all over the world, sign up now. It's free!
Sign Up
Already have an account?
Log in