Performer, Author -Russia, United States
Misha Usov has been entertaining audiences since 1983.
In 2009 Misha Usov joined Cirque du Soleil to work with writer and director Robert Lepage of Canada; he created a new character called “Fisherman” and performed for Cirque du Soleil’s Totem from its premier in 2010 until 2020.
From the age of 16, Misha has been performing professionally. At 23, he graduated from the prestigious Moscow clown school in Izmaylovo. Soon after graduation, he co-founded MIKOS, which earned the Silver Prize at the 1st International Clown Festival in Moscow. MIKOS performed across Russia and Europe for fourteen years with Misha as a creator and principle performer.
As a clown in Europe Misha has performed for Wintergarten Variete in Berlin; Tiger Palast in Frankfurt-on Main; GOP-Group, Prinzregentheater in München; Friedrichbau Stuttgart, and Cirque du Soleil. Misha wrote two shows: Panopticum and Stadt der Träume (A City of Dreams). Both proved to be a commercial success in Germany with sold out shows for 18 months.
Misha won a silver medal at the The World Festival of the Circus of Tomorrow (Festival Mondial du Cirque de Demain) with Cirque D’HIVER BOUGLIONE in 1995. And in July 1999 a gold medal at the International Clown Festival in Ostend, Belgium.
Misha performed on The Tonight Show with Jay Leno, Patrick Sebastian and Le Plus Grand Cabaret De Monde on TV5 in France. On German TV, he has appeared on Star in der Manege on TV ARD and ZDF, and ARTE during the Traumtänzer Festival.
Misha has been featured on BBC London, National TV China, TV in Croatia, and with the Circo Massimo, which creates circus performances to be broadcast across Italy and Europe. Misha has also, on three occasions, had the honor of performing at the Royal Albert Hall in London.
Misha Usov has the distinction of working along side many creative people in the performing arts such as Robert Lepage (Canada), David Scheiner (USA), Tereza Durova (Russia), Anatoliy Zalevsky (Ukraine).
Misha lives with his family in California and teaches his methods and philosophy of The Invisible Clown in his online and in-person school, the Invisible Clown Institute (IC Institute).
Misha's profile 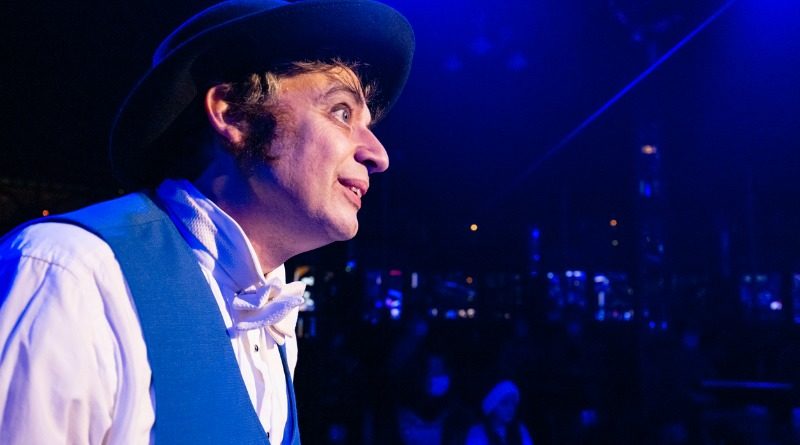 If in my first article, I drew our attention to having the right attitude for performing in front of an

END_OF_DOCUMENT_TOKEN_TO_BE_REPLACED 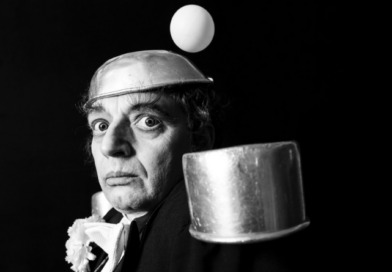 In this article, let’s examine a little more deeply that quality which is so similar to fear, but —more precisely—