Enis Togni , who has died aged 83, was an acrobat, flying trapeze artiste and tiger trainer in his native Italy, and went on to become one of the most respected circus impresarios in Europe.

Ennio (always known as Enis) Togni was born on November 26 1933 into a circus dynasty, the youngest of the four children of Ferdinando Togni and Alba Massacessi.

Enis made his show business debut at the age of eight, although it was not under the big top, but in a gala at a theatre in Giacosa di Napoli. In the audience was General Erwin Rommel, who congratulated the boy on his performance.

As a young man Togni was an adept ground acrobat and batoude (springboard) leaper, but a fracture to his foot sustained during a performance at Pinerolo put an end to a promising career.

He also joined in the family Togni’s flying trapeze troupe, a spectacular act with nine participants, but he admitted that he was not fond  of aerial work and in fact was fearful of heights.

In 1954 he started training Bengal tigers, which he presented with elegance at the Circo Ferdinando Togni. But during a tour of Germany and Austria in 1957, one of his four tigers, Bombay, killed another tiger in Munich. 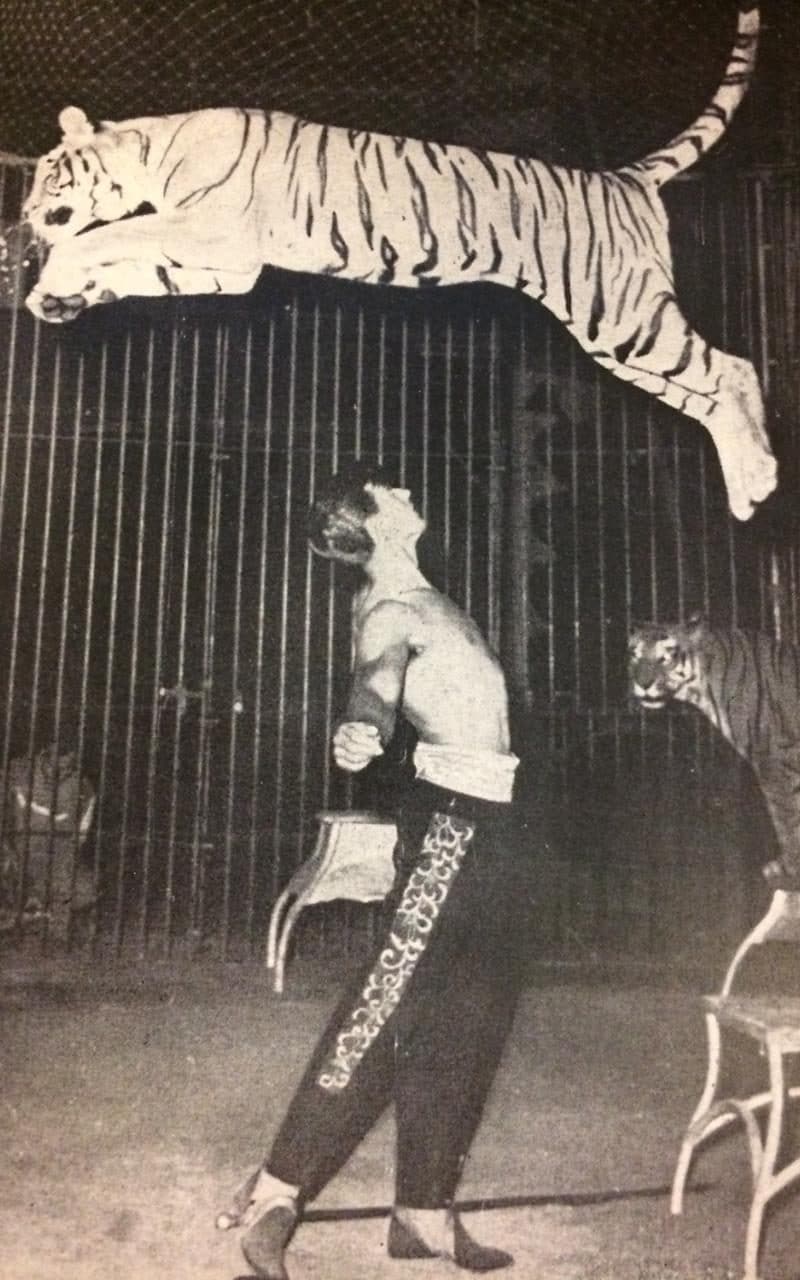 Then, while Togni was away on business, the presentation of the animals was given over to William Schaefer, who, in May 1957, was also killed by Bombay. But when Togni returned to take over the act he kept the killer animal in the group.

Soon, however, he decided to bow out of the circus ring in order to devote himself to the organisation of the touring circus, which, under his direction, became one of the most successful enterprises in Europe.

Ferdinando Togni (who died in 1994) was happy to see the show grow in size and stature under his younger son’s direction, while Enis’s siblings continued with their circus and animal acts.

Meanwhile, under Enis Togni’s expertise, Circo Ferdinando Togni, often working in collaboration with other circuses, went from strength to strength. In 1972, in partnership with Mary Chipperfield and her husband Roger Cawley, the show came to Britain as Italy’s Great International Circus Enis Togni.

The Tognis also appeared not only throughout Italy but all over Europe, Russia and America. There was also a long association with Monaco and Prince Rainier’s International Circus Festivals. The family’s horses and elephants appeared there more than any others, winning Silver or Gold Clown awards in 1974, 1983, 1998 and 2011, and representing Italy in the “Best Of” anniversary show in 2016.

In 1985, Togni and his circus family were granted an audience with Pope John Paul II, for whom the family staged a selection of their acts.

Enis Togni married a German dancer, Ingrid Nawrot. They had two sons and a daughter, all of whom followed in the circus traditions as animal trainers and presenters. His wife predeceased him and he is survived by his children.

The article was originally published in The Telegraph.

January 12, 2022 CircusTalkComments Off on Proud Supporters of EPIC, the Performing Arts Conference

Dancers for Tale of the Lion King

Drummers for Tale of the Lion King

Artists of all kinds: singers, [email protected] and various stage and acrobatic artists