From the Circus to the Living Room: Egypt’s Dynasty of Big Cat Trainers Takes the Show Home 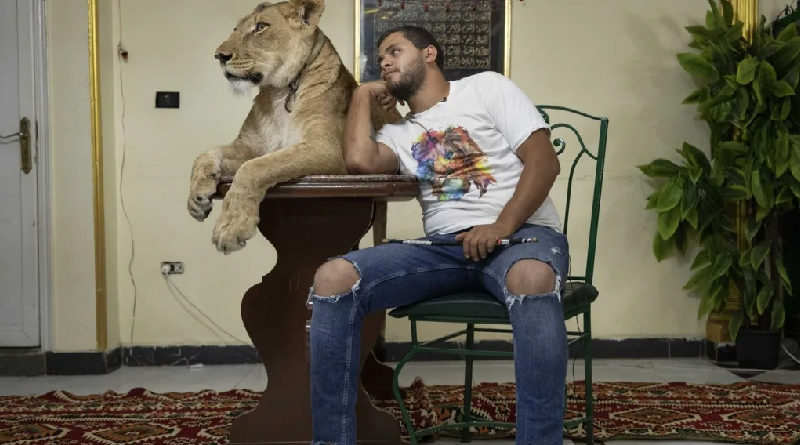 At his Cairo apartment, located just off a busy road along the Nile River, Ashraf el-Helw, a third-generation Egyptian lion trainer, prepares for a show with his big cats.

Instead of a circus ring, his living room is his stage. He has already posted one online video of the lions performing tricks inside his home since Egypt imposed restrictions to limit the spread of the novel coronavirus, including a nightly curfew.

He is now getting ready to film the second one and says more are in the works, claiming he wants to encourage people to stay at home amid the pandemic. The first video received rave responses from Egyptians on social media — but also raised questions over how the country’s most famous lion-training family treats its animals.

The family’s big cats are kept on their farm an hour outside of Cairo, and el-Helw says he brings them into the city for the shoots. After filming is over, they go back to the farm, with the some 40 other animals who live there, including monkeys and other large cats…

Read the Full Article at Haaretz