How to Land a Life at Sea 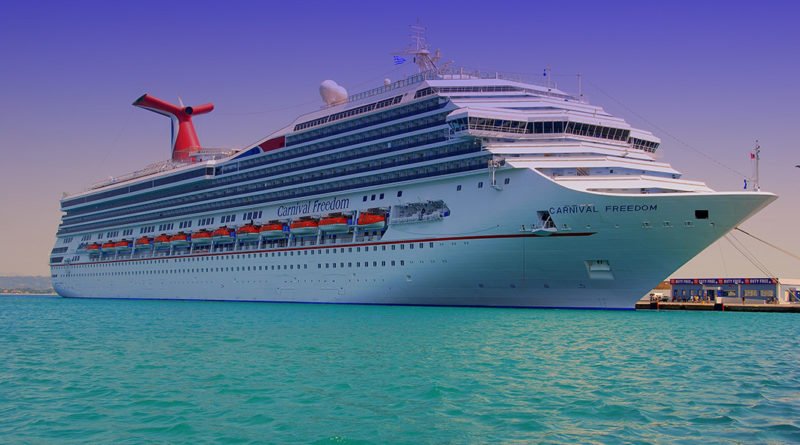 Many performers dream of getting off the road and onto the sea. But how do you get hired in the first place? The competition for cruise ship jobs is intense. In this first installment of our three part series about working on a cruise ship, we asked a few experienced cruise ship performers for their advice on how to land that first sea contract and what to expect when you do.

Prepare a lot of material

If you’re interested in becoming a guest artist, you may need to be able to fill more time than you think. Jonathan Root of Team Rootberry says, “don’t think about applying to work on ships  until you have an hour of material.” Even if you’re booked to do a shorter show, circumstances can change at the last minute. “Sometimes there are three acts on board a seven-day cruise,” explains Root. “You do your 45-minute show, and you think you’re done, but then the next act, maybe a singer, gets sick. The cruise director might ask you and the third act to fill in with a 20-25 minute spot each.”  Jonathan knows of at least one performer who got hired to work on a ship, but got fired after her first job because she couldn’t accommodate such a request. Afterwards, her agent couldn’t even book her on other cruise lines because of the bad reviews.

Go with the flow

Krisztina Eötvös and Szebasztian Richter say they usually walk onto a cruise ship knowing only how long they’ll be on the ship and which acts they’re slated to do but not when they’re scheduled to perform or for how many shows (the contract only states a maximum). The cruise director, not the agent, sets the schedule, and you’ll be expected to go along with it. Sometimes, for example, in addition to performing in the theater, they’ve been asked to juggle in the piazza in the middle of the ship while passengers drink coffee, chat, and smoke around them. Whatever the request, you’ll need to stay flexible and accommodating. Eötvös and Richter are usually guest entertainers. If you’re living on board as part of a production show, you may also be assigned non-performing duties. Adam Kuchler says that “everybody works boat drill because they have the idea that performers will be more comfortable in front of people.” In general, specialty acts won’t have to do extra work, singers will do some, and dancers do quite a bit beyond the show. For example, they’ll give dance lessons or help lead passenger activities.

If you want to work on cruise lines, do not send a video that includes any outdoor footage, cautions Root. Even if the video shows you appearing in a festival with an audience of 10,000, there’s a good chance that you’ll be labeled as a street performer and will not get booked. Use footage from theaters and indoor venues on professional stages. Cruise ship agents have more acts than they need, so the field can be less forgiving than others. If you send in a video they don’t like, you won’t get another chance. If you get booked and bomb, you won’t get another chance.

Cruise ship contracts are typically shorter than circus contracts and booked less far in advance. Root says, “it’s a totally different world from working for circuses. You’re an independent contractor. On a circus tour you know where you’re going; you know your dates. Cruise ship work is much more unpredictable.” His partner, Bill Berry confirms: “when we first started on ships [ten years ago], we would know where we would be a year in advance.” Now, Root says, “we usually book out about four or five months in advance, a half a year at a time.” Twice a year, their agent sends the bookings for the next few months.

This means you need to be ready to work when called. Renew your passport well before it expires. Some countries won’t let you enter if your passport isn’t good for at least six more months. Even though they try to stay vigilant, Rootberry has had to turn down work to resolve passport issues because it can take a while to get through the necessary bureaucracy of seemingly simple tasks like adding extra pages.

In the beginning, Eötvös was taken aback at what a “completely different world” cruise ships are from circus: “when you arrive, they give you a welcome letter, a cabin number, and a key. We didn’t know where to go or where our cabin was. The ship is a huge vessel, like a village with shops and restaurants, and we were completely lost!” You will need to ask around. Find and introduce yourself to the cruise director. “The ship doesn’t know it’s your first time,” Eötvös points out. Find out who to call if you need something. Most cruises have lots of guest entertainers, and the cruise directors are very busy.

Unfortunately, the high demand for cruise ship gigs makes this a buyers’ market. If you act like a diva, you won’t get work. Agents and cruise directors have their choice of acts, so they can afford to limit themselves to people they enjoy working with. Berry says, “there are certain markets where there is room for negotiation, and there are others where you get what everyone else gets, and if you deviate you don’t get in. Ships are more standard. You shouldn’t spend a whole lot of time worrying about wiggling with the contract because they have enough people lined up who won’t wiggle.”

“If you get offered your first booking,” says Root, “don’t say no. It doesn’t matter if you have to bend over backwards. If you don’t take it, that booking may never come again.” His partner Berry agrees: “Getting your first cruise ship gig is the hardest. The second is the next hardest. Once you have a few under your belt, it’s like you’re in.”