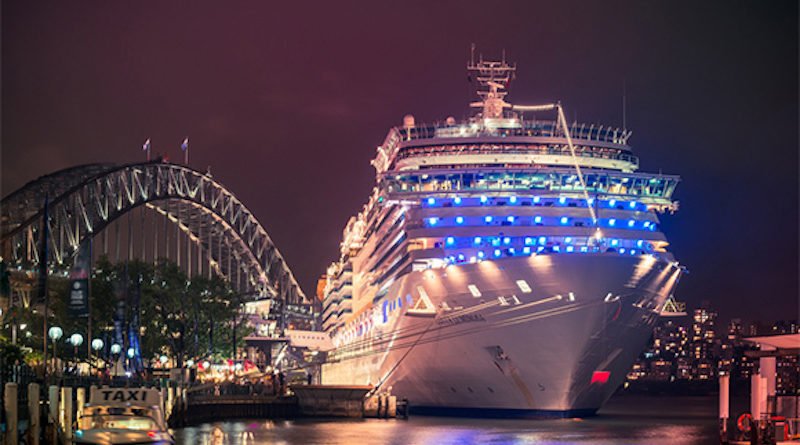 In our ongoing series about Life At Sea, we spoke to seasoned professionals for advice about how to keep those contracts coming once you have procured your cruise ship contracts.

Performing on a cruise ship sounds like a fantasy job: exotic locations, lots of time off, and all expenses paid. But ask anyone who’s done it, and the picture gets a little more complicated.

Cruise ship performers enjoy many of the benefits that passengers save up for years to experience, often including unlimited restaurant and room service, sport and fitness facilities, hotel-style lodging and maid service, shows, casino and nightclub access, and of course travel to beautiful, exotic destinations. But life at sea also has some drawbacks. Knowing what to expect and how to prepare can make the difference between a dream job and a nightmare. We asked a few veteran cruise ship performers to provide some tips for those entering the field.

Once you get a contract, your employment status will be one of the most important factors affecting your ship experience. Krisztina Eötvös and Szebasztian Richter say that ship status is the single most important factor affecting the experience. Guest entertainers generally join the ship for less than two weeks at a time, not always in sync with the passengers, and perform a full show by themselves. For example, a performer may embark at a port in the middle of a cruise, perform the farewell show, stay to perform for the next batch of passengers’ welcome show, and then fly home. Most guest entertainers have passenger status, which allows them access to the restaurants, swimming pools, bars, casino, and fitness center. Guest entertainers don’t wear uniforms or name tags, so guests don’t recognize them as employees (at least until after they see them perform!), but they can still access crew areas of the ship (for example, the crew mess hall and bar) and receive discounts on shop purchases and excursions. Two other examples of crew privileges are having access to laundry facilities and getting extra movie channels on your cabin television.

Performers who stay for longer contracts, usually to appear as part of a production show, generally have crew status, although they may also have limited passenger privileges. As a member of the ship’s crew, performers are required to wear a name tag, help conduct safety drills, follow ship rules (including getting tested on safety procedures), adhere to a dress code, and stay out of passenger areas. Sometimes ship management even changes performer conditions during an engagement, and performers report having had to re-sign revised contracts to stay on board.

Performers may be assigned a guest room (in a passenger area), a guest entertainer room (private room in a crew area that offers cleaning and room service), or a crew room (two to four people per room, linens supplied, but you have to launder them yourself). Bill Berry, the other half of Team Rootberry, says that even as guest performers, duo acts should expect to share a room: “If you’re willing to hassle with it, you can check with guest services after the ship sails [to ask for separate rooms], but the reality is that when you arrive after you’ve been traveling all day, check the schedule, and find out you have a show that night, you really don’t care about getting your own cabin because you’re trying to get ready for a show.”

Eötvös, on the other hand, says that next to status, your cabin is the most important thing. “Ask for a cabin with windows,” she advises. “If you go without it for a few days, it’s not a big deal, but if you are going to be on the ship for months, you need a window.”

“We circus people are not used to living with this kind of rules,” says Eötvös. All of the ships have stricter rules than most circuses do, but in general, there is no handbook, and different cruise ship directors expect you to follow different rules. Kuchler says he’s heard of performers getting reprimanded for riding passenger elevators, wearing colorful socks, for riding on top of a tender (the boat that takes people from ship to shore in some ports), instead of saving the outdoor seats for passengers. Many circus performers maintain an attitude that “the show must go on,” but if you get sick while you’re employed by a cruise ship, the ship’s doctor can quarantine you against your will.

Kuchler describes some of the other differences between working in a circus and working on a ship: “I’ve never had to pull my trailer out of axle-deep mud, but when you do, you can walk to the grocery store, get the food you want, and cook it. You make trade-offs to work on a ship.” Eötvös and Richter agree, and they say those trade-offs are worth it. “You don’t have to worry about your car, trailer, electricity, and water. In the circus sometimes you have to travel in the middle of the night, and then you arrive somewhere freezing with no water. It can be difficult when you have to take a lot of flights to get to a ship, but it doesn’t compare to circus. Conditions are easier on the ships.”

The boredom of ship life, combined with the abundance of available drinking and dining options, make obesity and alcoholism real concerns. Find ways to safeguard your emotional and physical well-being so you aren’t tempted to overeat in boredom or overdrink in loneliness. Cruise directors do pay attention to passenger surveys. If you drink in the passenger bars, you run the risk of affecting how you are perceived and reviewed. On the other hand, if you hole up in the crew bar, which is also cheaper, you’ll still be around co-workers and officers, and even your off-stage behavior can affect your professional reputation, warns Bill Berry.

Build on your success

“Like every job,” says Kuchler, “it’s eye on the prize. Don’t forget where you want to get to.” Just because you’ve finally gotten a great cruise ship gig, “you can’t sit back like you’re done. The job is going to be over, and you’ll need to get another job, so you need to keep working on stuff. If you’re an aerialist on the ship, for example, your rehearsal time is going to be limited by where can you rig and what are the rules. You’ll be lucky to get an hour a day of practice.” Try to stay productive.  Chances are you’ll have plenty of free time on the ship. Use it wisely and well.

Stay tuned for part three in our series about working for cruise ships, in which we’ll provide more expert advice about what to expect and how to prepare.