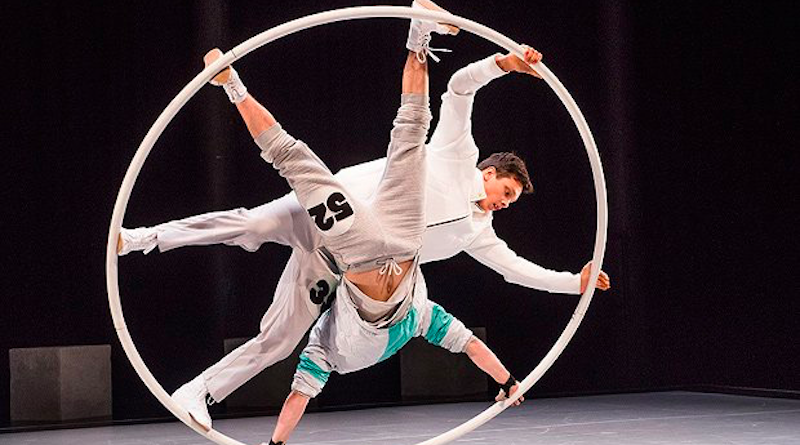 Edinburgh Fringe Festival 2017 is in full swing! The City of Edinburgh, Scotland’s capital, transforms into the worlds’ cutting edge performing arts capital for 3 weeks of every August and circus continues to play a big role in that magical transformation. Last year, the city hosted 3,269 shows in 294 venues. In the past decade, the circus programming of the festival have grown gradually but steadily. In 2017, festival-goers can enjoy over 20 circus shows from all over the world.  We selected some of most buzzed about shows for you to preview here.

Acrobatic excellence all the way from Bogotá, Colombia, performed by a 13-strong troupe which last impressed Fringe audiences with its 2011 show, Urban.

All Genius All Idiot by Svalbard Company (SWEDEN)

Svalbard Company have been touring this show – a mash-up of circus, music and dance – for a couple of years now, and this Fringe run comes in association with festival favorites Aurora Nova. It’s a unique, energetic and by turns laugh-out-loud funny offering from four talented performers, offering a wry dissection of masculinity.

Humans by Circa (AUSTRALIA)

Australia’s Circa has risen to the top of the circus tree in recent years, with each show taking this exciting, talented company in a different direction. We can’t wait to see what they do this year.

Arriving on the juggling scene as teenage sensations in the 1990s, Ethiopian duo Bibi and Bichu have gone on to perform around the world. Here they’re joined by a team of acrobats for this semi-autobiographical tale of two brothers.

A big hit with its previous Fringe show, Bromance, England’s Barely Methodical Troupe returns with another batch of acrobatic trickery, mixed with dance, parkour and b-boying.

Budapest’s Recirquel Company take us back to 1930s Paris, with aerial work, acrobatics, juggling and more, all served up in a decadent, cabaret-style package.

The first Fringe outing for St Petersburg youth circus Upsala, who dare to mix the unpredictability of the ping-pong ball with their acrobatics, clowning and live music.

Quality and excellence go hand in hand with the name Gandini Juggling, so expect to be suitably impressed by the company’s latest show, which fuses Indian classical dance style Bharatanatyam with juggling and percussion.

For ticket information about the shows visit Edinburgh Fringe Festival.