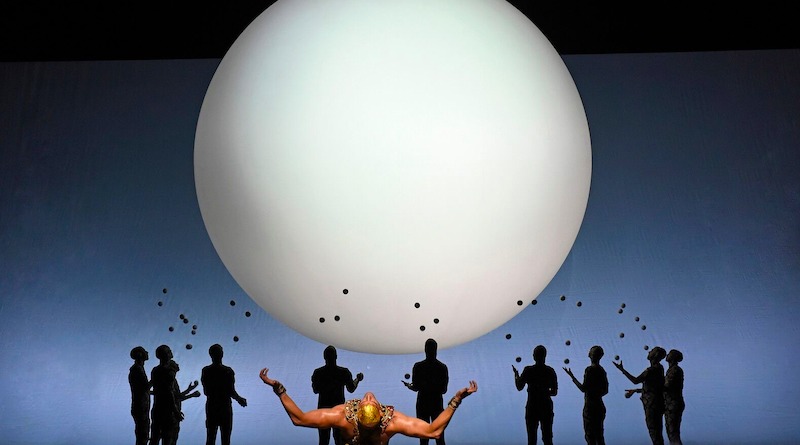 Juggling features heavily in Phelim McDermott’s US premier of the production of Philip Glass’ Akhnaten, now playing at the New York Metropolitan opera. The juggling choreography is provided thanks to Gandini Juggling.

Music editor and writer George Grella, in the New York Classical Review describes the way the juggling functions over the course of this 3 and a half hour opera, “But then there were the jugglers. On paper, the use of what was called in the program the “Skills Ensemble” might seem bizarre. But choreographed by Sean Gandini, this group was well integrated into the music. Juggling in time in itself made a dazzling three-dimensional outline of the music, and it was the juggling that was the force Akhnaten used to force out the polytheistic High Priest of Amon (tenor Aaron Blake) in Act II. These were just two surface details of the core of the juggling, which is that it was a kind of dance using arms, hands, and objects tossed in the air. And like the singing, the dance reached into the basic perceptions of the human experience.” Juggling of his sort (as an accompaniment and marker of the music itself) is both boundary breaking and the signature style of Gandini, who manages to wed the classical elements of the arts to the fluidity and beauty of juggling with his choreography.