Kicking Off CINARS with Circus! 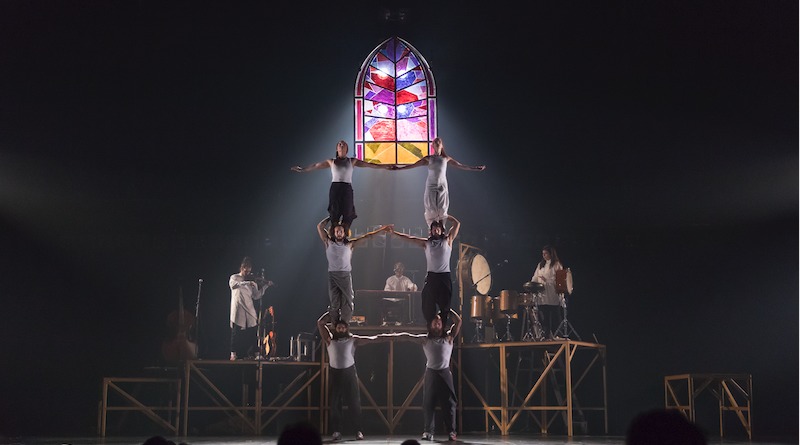 From November 12th until the 17th, 2018, Canada’s biggest performing arts showcase CINARS will unfold in Montréal, churning out 190 performances over six days and bringing presenters and artists from over 40 countries. Besides showcases, there are networking events, receptions, inspiring talks and discussions scheduled, and of course there is a grand exhibit hall.

Perhaps owing to the strong presence of circus in Montréal, there is a healthy dose of circus this year as in previous years, with many favorites from the past few years of Montrèal Completement Cirque making reappearances. On the official roster: Gravity & Other Myths will be present with their new show Backbone, as will Compania de Circo Eia with Intarsi, Jamie Adkins with his show A Fool’s Errand, Cirque Alfonse’s Tabarnak, and Circo Aero’s The Pianist. There is even an Off-CINARS which will feature circus shows like Claudel Doucet‘s Se Pendre, Cirque Le Roux’s The Elephant in the Room, Les Foutoukours, Cirque Eloize‘s debut of HOTEL, Company Finzi Pasca’s Icaro, and Circa‘s Humans. There are also cross-over and multi-disciplinary shows that have some connection to circus as well, such as Andréane Leclerc & Dany Desjardin’s show Sang Bleu. For circus shows that don’t have a showcase scheduled, there is the exhibit hall, where Cirque Antique’s show Bang! Bang! (which mixes circus and burlesque) will have the opportunity to impress presenters with their new work.