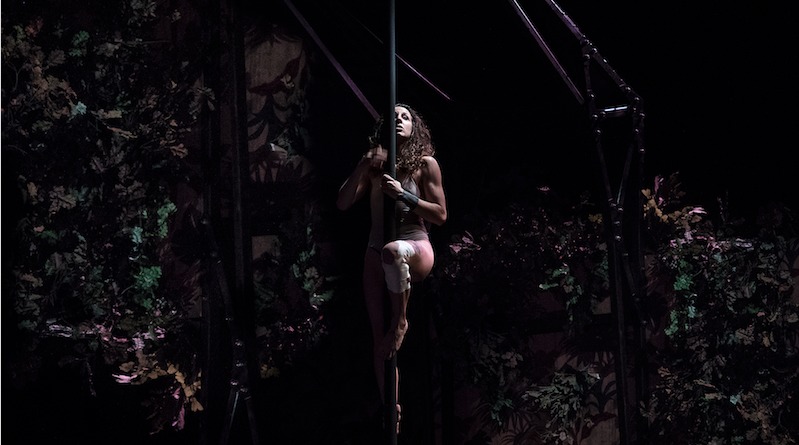 LEME CIRCUS FORUM will take place from the 5th to the 8th of December 2019 as a joint project organized by 23 Milhas and Bússola in an effort to increase circus audiences and influence in Portugal. Both a professional meeting space and a circus festival, it is three days packed with workshops, shows and seminars. The full programme is available here. In addition to strengthening circus in Portugal, one of the Forum’s aims is to connect with other circus communities across the world, and this year they collaborate with South Korea. We had the opportunity to speak to Luís Sousa Ferreira, the director of 23 Milhas about the upcoming events.

Kim Campbell: Can you explain how LEME was forged and its goal?

Luís Sousa Ferreira: LEME is a partnership between 23 Milhas and Bússola–two distinct organizations with differentiated operational levels that found common ground in contemporary circus. Based upon 23 Milhas´ main goals, we created a circus festival that incorporates traditional circus skills, connecting them through innovative dramaturgies and discourse.

The goals are multi-layered. Engaging the local audience in order to develop new onlookers, and using Bússola’s network and experience, coupled with 23 Milhas´ infrastructures and know-how, we aim, at a national level, to support new artists in their breakthrough, elevating the Portuguese creation for circus arts to a global level. In the international circuit, we endeavor to build a circus meeting point, with the focused strategy and long term goal of supporting the dissemination of new languages and the analytical debate of the sector for the local audience, with a large international experts panel.

KC: How many shows and projects are there in this year’s edition and who will be involved?

There are 10 different shows that constitute the main programme, with 6 emerging artists with small performances throughout the festival, 3 workshops for families, 2 training sessions targeted for a more specialized circus audience and a full day seminar. We also highlight a commissioned project, part of LEME’s strategy for supporting a national artist in creating a full length performance for international audiences. Daniel Seabra is working with hoses and industrial tubes, using them as the cornerstone for an innovative performance that will surprise the audience and the sector, this upcoming December.

More than 60 artists are included in the artist’s delegations. We expect more than 50 students, from Portuguese circus schools to stay in Ílhavo for the entire festival, soaking in all the activities. We are also looking forward to welcoming thousands of audience members, from varied backgrounds, attending the shows.

KC: Are there any special highlights you want to mention from the main programme?

LSF: It’s difficult to select one performance. There is however a common artistic principle that connects the entire festival, which is the concept of ‘matter’. The audience will have the opportunity to behold innovative performances based on hoses, clay, polystyrene and mundane elements like clothing and ladders. (It represents) a new vision of circus interconnected with other artistic languages and based upon strong dramaturgies. For this edition we highlight South Korea as a focus country, with two distinctive and remarkable performances.

KC:Please describe the structure of LEME. Who is the main audience for LEME; students, the public, emerging artists, or circus professionals? How do these communities intersect during LEME?

LSF:LEME is a festival for all audiences. There is a meeting point where the public, the students and the professionals share the same ground, can talk and learn together. The festival structure is quite compact. In 4 days, besides the main event, we also provide a multi-layered parallel programme, involving the local elementary schools in some workshops, families with specially tailored activities, organizing training sessions and seminars mostly for circus students and professionals. However, nothing is forbidden, all the layers are inter-connected. LEME´S main performances are the guidelines, propelling attendees to a leisurely common ground.

KC: What activities of the Festival would be of interest to professionals in the circus industry?

LSF:We hope the full experience will be interesting for professionals. However, I will highlight the CIRCUS FORUM and the networking activities and also our main program, consisting entirely of performances that are displayed for the first time in Portugal.

KC: What are the main challenges you face expanding this Festival?

LSF: LEME is growing together with the circus field in Portugal. Audience development, dissemination of new languages and support for new dramaturgies are strong challenges for the festival and the whole sector in Portugal.

KC: Do you work with other European organizations to organize LEME and if so, how?

LSF: LEME is connected to Europe and the world. As a project based on a joint force, the festival intakes from all our partnerships. For example, we have a solid connection with Circostrada, the most important European circus network. This year´s network coordination is ours and it will guide the CIRCUS FORUM´s debates. Associating with other organizations sets up specific projects like the Korean Focus, supported by the Korean Ministry for Culture and Asia-Europe Foundation. We aim to soon be ready to announce, at a European level, new collaborative partnerships with several organizations, propelling the circus of the future.

To register for LEME, visit here.

Some Highlight Videos for the 2019 Programme:

Circus and Changing Realities 2020: A Historical Look at the American and European Traditional Circus–A Comparison

September 28, 2020 Maddly GuillaumeComments Off on Culture and Health with Circus Arts, Circus and Medicine Research