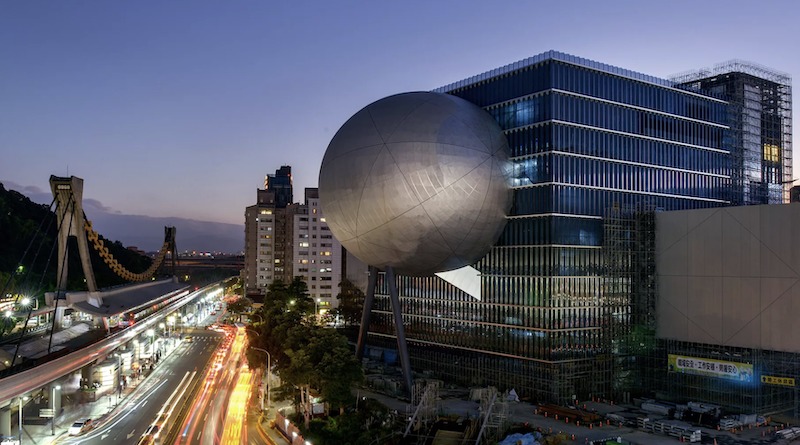 ISPA CEO, David Baile and Chair Tisa Ho announced today, that “Over the past few weeks, ISPA staff along with the C.F. Koo Foundation, our hosts for the international congress in Taipei, have been monitoring the developments with respect to the coronavirus in Taiwan and throughout the region. The Executive Committee convened to review the options and the risk connected to international travel. Based on the information available at this time, it is with great regret that the Executive, in consultation with the C.F. Koo Foundation, has decided to cancel the congress in Taipei which was scheduled for June 1-5, 2020.” The officials added that ISPA is taking this opportunity to explore online and digital tools to stay in touch with their members and transfer some of their programs online, such as the popular Pitch New Works program.

AAPPAC also announced today a set-back due to the impact of COVID-19.  Their conferences are usually held by one of the organizational members annually in different cities since 1996. 2020 was the year for the Taipei Performing Arts Center. A brand new performing arts organization and architectural marvel in Taipei that is expected to open in 2022 with three theaters surrounding a central cube, that provides central access to all stages and backstage area and support spaces. 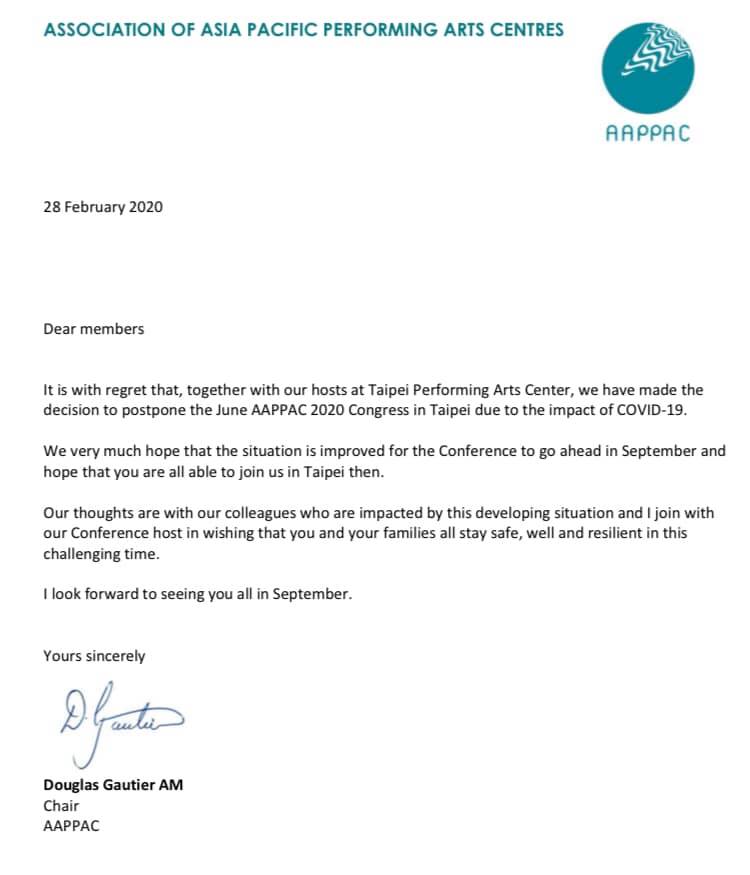 While ISPA’s second annual conference (the first was in January in New York City) is canceled for this year, AAPPAC’s Conference in Taipei is postponed to September 28-30, 2020.

According to our source from AAPPAC, the early cancellation was a measure to prevent significant cancellation-related financial loss.