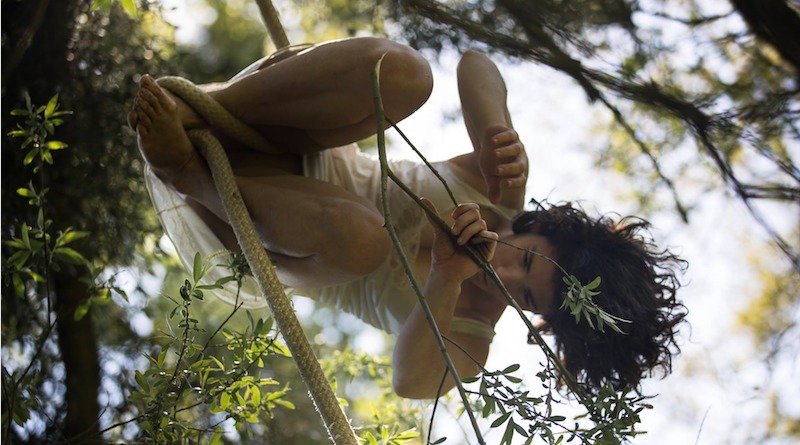 In this series called “Meet a Circus Grad” we give a voice to recently graduated or graduating circus artists, to learn about their experience at circus school, and to get a clearer picture of how circus schools around the world operate and prepare their students for the circus workforce.

In this second edition, we spoke with Inbal Ben-Haim, an Israeli-raised student who graduated a year ago from CNAC Centre National des Arts du Cirque with a specialization in aerial rope. Her unique sense of movement on the ground and in the air and her research-based approach to circus making has led her to her current projection, a collaboration which explores the complexities of earth. 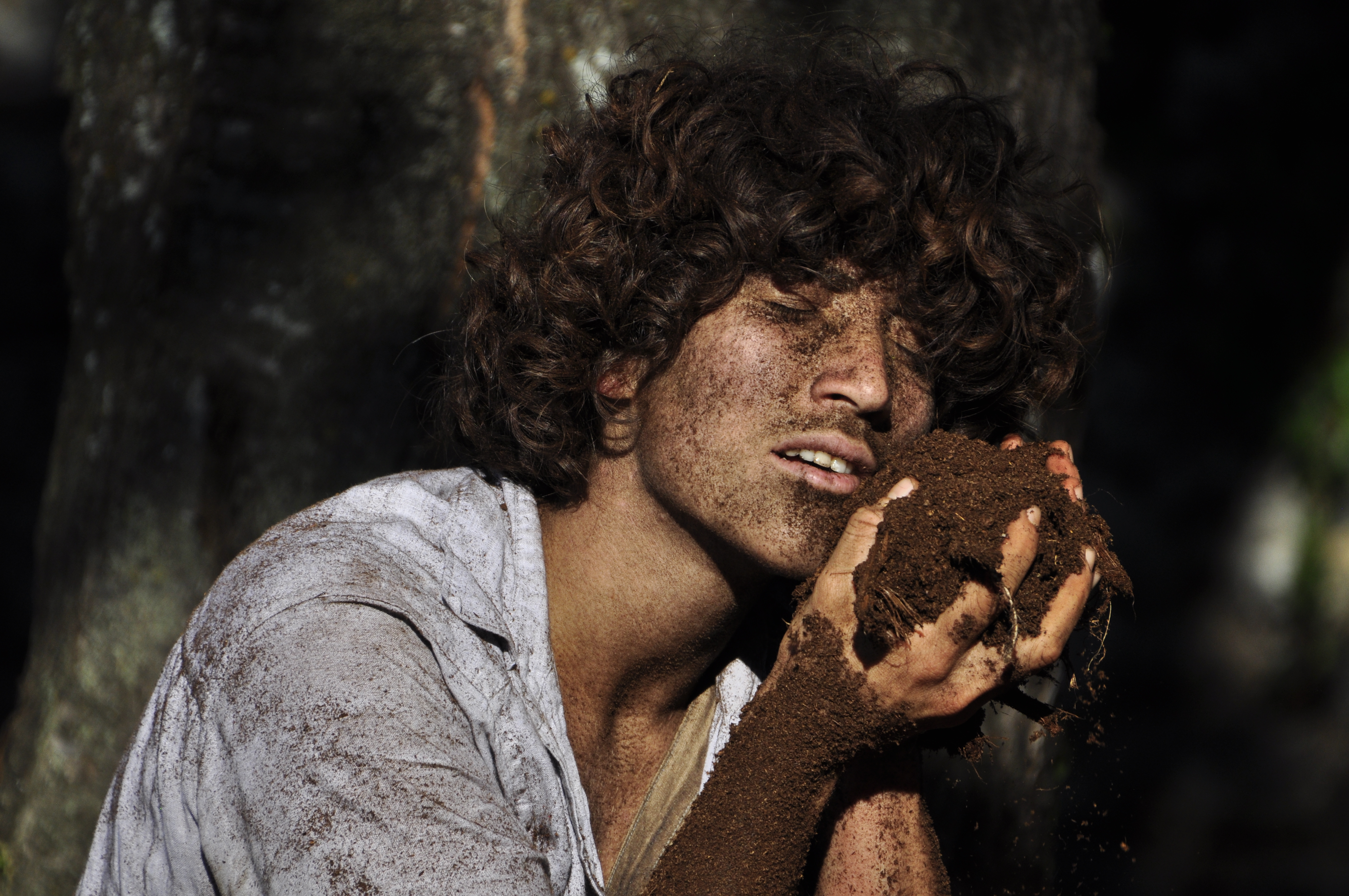 Fun fact: “When I was 1 year old, when I didn’t even know how to walk, my family found me on top of a ladder. I taught myself how to climb before I learned how to walk.”

Fun Fact: CNAC has a documentary resource center in association with the French National Library (BnF). It is open to the public (professionals, students and researchers).

Take a  virtual tour of CNAC.

Stav Meishar: What lead you to your choice between schools? Why did you choose CNAC?

Inbal Ben-Haim: It’s quite a story! Before CNAC, I did preparatory school at Piste d’Azur in south of France. I entered Piste d’Azur at a relatively old age, started at 23 and graduated at 25, and the school didn’t intend me to audition for professional school. Also in the 2nd  year I was severely injured in my shoulder. I was unable to hang at all which is quite an impossible situation for an aerialist. I had to undergo surgery, recovery was long, and I sort of gave up the dream of going to a professional school. It was a challenging time. I thought of moving back to Israel and quitting circus until I got healthier, but somehow through a shared project that CNAC did with Piste d’Azur and the Marseilles Arts Bienalle I met lots of people and we worked on a project together. Those people I met through CNAC persuaded me to try to audition, injury and all. Despite the injury the school invited me to audition, and I went with the state of mind of “this audition is just a fun workshop, I will definitely not get in.” I made up a rope act with one arm only, full of the kind of movement quality that I’ve been experimenting with, and somehow it worked! I came without any expectations, open and raw, and I suppose it held a certain attraction. Like dating, when you play hard to get they want you even more! So I moved my surgery to an earlier date, and the first six months of my time at CNAC I was still in recovery. The school was really very patient and accommodating.

SM: What do you think makes CNAC different from other circus schools?

IBH: CNAC allows its students lots of independence and autonomy. We’re allowed to make our own path. The training space is open all the time, we’re always welcome, and it enables me to work on things that were of more interest to me even if they were outside the school’s curriculum, they gave us space for pursuing our passions.  Also, the very last year of the program (year 4) is so special. Everyone works on a show together and goes on tour with it, working with a professional circus director, creating in residence for four months, and the school really invests a lot in this production, in multiple ways. It’s so rare to have that kind of opportunity to delve into the heart of group creation and exploration.

SM: Tell me about the show your year did. What was it about? What was your role in it?

IBH: The show was called “Atelier 29” and directed byMathurin Bolz. We were 13 artists on stage, and most scenes were shared by all of us. I both opened and closed the show: I started the show at the top of the tent, coming down all the way to the stage using a rope technique that I’ve developed, on a knitted rope. Then throughout the show I was kind of the overlooker of the onstage adventure, meant to oversee the happenings and return to the group to report of what’s going on. Then, at the end of a show, we had a bit we called “Babel” with lots of ladders and ropes where everyone was moving, a bit like an ants hill. There was a moment when everyone stood in their places and I spoke to the troupe in Hebrew, and they answered in their own mother tongues. A mix of languages that created this unique texture. It was quite powerful.

SM: As I understand it, the performers do some of the more manual labor tasks as part of touring the show. Do you believe there is value in learning these things while on tour?

IBH: Absolutely! I can’t separate those values from that of the show itself. Learning how to pitch a tent, how to rig, how much time to block out for lighting setup, what’s it like to come into a new city and spend 10 days setting up, rehearsing, performing and loading out. It’s learning a lifestyle that might have more in common with the traditional circus style of touring, but it’s truly a gift the school gives us– a chance to learn how to work and live together in many aspects.

SM: You graduated about a year ago and are now on your own path. I know you’re working on a show of your own right now, can you tell me a bit about it? 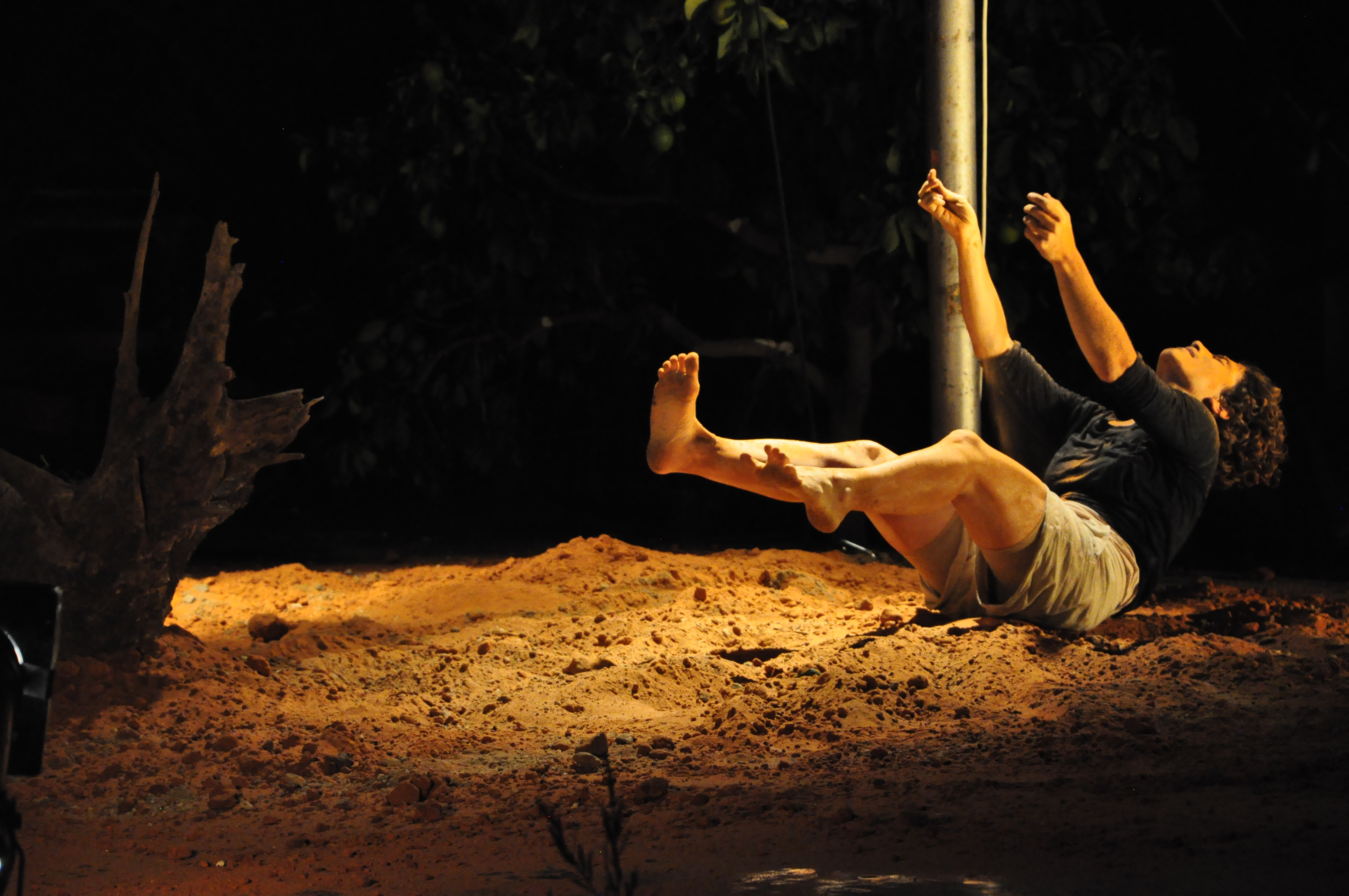 IBH: The show is called  RACINE(S), which translated from French as root(s).I’m working on it withL’Attraction Compagnieand with the director Jean Jacques Minazio and the musician David Amar. It was born when I was at Piste d’Azur out of a deep need, a hunger almost, to talk the complex relationship I have with the earth, with my land. It has so many layers of meaning: I’m an aerialist, which means I have a certain relationship with the ground; I’m an immigrant, which means I have a certain relationship with land; I’m a nomad, I’m an Israeli, I’m a child of nature – each of these layers has its own context. I wanted to explore all of that, to bring my dialogue with earth/land/ground to the stage.

SM: Speaking of your Israeli background, and being a fellow Israeli-artist-living-abroad myself, I’m curious: You are an Israeli artist who has been primarily living and working in Europe. How do you feel people treat you when they learn of your origins? What are your experiences around that topic?

IBH: The show is not about Israel, we didn’t want it to. Its subtext is influenced by my background as an Israeli, yes, but the questions of immigration, territories, refugees, it’s relevant worldwide these days. We wanted it to be universal, and it is.

So the show’s audiences, the outdoor version of me which we’ve already performed, people were touched on a primal level. We had reactions from children who were amazed – “Your mom lets you play in the mud like that?!” – all the way to an old woman who came to us teary-eyed and thanks us for “doing this show at a time when people need to see it”. It touches people on multiple levels, even if I created it partially from the experience of my Israeliness. I’m sure if I were to bring the show to Israel, responses would be on a different level.

As for how people respond to me as an Israeli… Well, I’m mostly around artists, circus makers, people who are open-minded to the world. Most people just go: “Wow… Good luck! It’s complicated where you’re from.” They can’t understand it fully, but they understand how complex it is. I’ve been living in France for six years and I’ve yet to come across anti-semitism or anti-Israel attitudes.  I did come across critiques of the Israeli government, but usually people are able to separate the actions of the government from the people, and ask me to explain to them what it’s like for the people, for me.

SM: What was the process like of developing this show?

I started the process at Piste d’Azur, and when I graduated I was contacted by Minzaio (who saw one of my CNAC presentations) and he offered me to come with him on a residency to research and develop this show together. RACINE(s) is a duet between me and the musician, and it has two versions: one is a site-specific, outdoor version, in contact with a particular tree we find wherever we travel, in dialogue with the place around us; and now we’re in the last stages of the second version of the show.

Even though the production is happening in France, it was important for me to have a part of it done in Israel. I am living in France because this is where I currently have work, but my connection to Israel, to the land, is something that’s part of me. I want to bring this show to Israel, to have Israeli audiences see it, but opportunities are scarce. So I made the decision to bring some of it to Israel, on my own, so I could explore my relationship to the earth and land of Israel, to go through that internal process. So I had a short residency in Israel.

After, I traveled to AUCH at CIRCa where we had a presentation of the show in front of programers and industry professionals. I brought a suitcase full of earth and emptied it onstage as part of my presentation, it has a certain gravitas to it.

Then our indoor show’s premiere will be at BIAC- Biennale international des Arts du Cirque, l, and specifically we will be at the Théàtre National de Nice January 25-26.