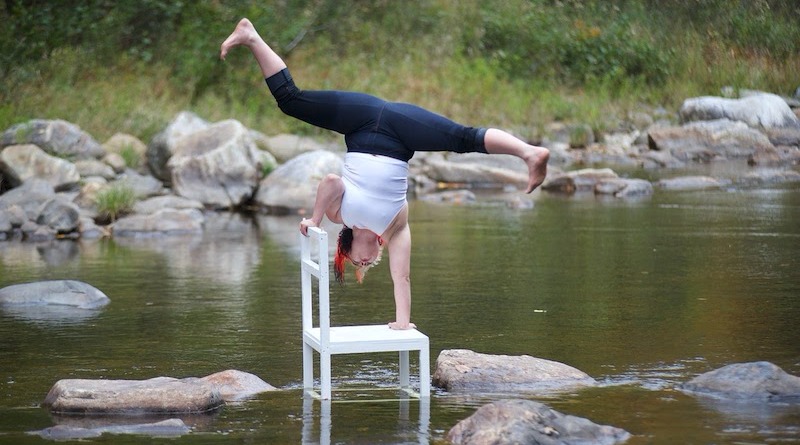 It’s an uncertain time for all of us in the circus community, not the least of all the graduating students of 2020. Many are still unsure of when their graduation shows will be and what their future holds. We have decided to continue as planned with our 2020 “Meet the Graduate” series in order to be able to feature these artists and the hard work they have put into their final year at their circus school.

Next up, meet NECCA graduate Marysia Kochac who started juggling at eight years old, thanks to a chance encounter with a Klutz book and a 10-hour airport layover. The only one in her family with an inclination towards circus, her journey took her from juggling to fire performance as a teen, to acrobatics and aerial training in college, and finally to full-time training and performing as an adult. Marysia cut her teeth performing in her early twenties, which took her to Brazil and Australia, and ultimately to Vermont to complete the ProTrack program at NECCA. She will graduate in Spring 2020 with a major in “ground” (hand balancing, acrobatics and contortion) and a minor in theatricality.

Marysia says of her time at NECCA, “I started circus school feeling like I’d already learned one of the most important lessons I needed to; how to use failure productively (thanks to years of being self-taught and street performing). Unexpectedly, what I actually wound up learning over the past three years was how to genuinely accept my own limitlessness and not be bound by my own expectations.”

Despite the NECCA graduation tour being canceled, Marysia was fortunate enough to be invited to the Poconos Juggling Festival as a main stage performer just weeks before the country entered lock-down. You can view her graduation act First Chair below.

First Chair was inspired by the years she spent as a cellist, playing first chair in the local youth symphony. There were days she didn’t even want to open up her instrument case, but inevitably over the course of rehearsal the music would catch hold of something in her and she’d find herself lost in it, being driven by what she could create with my instrument. When she started devising her first circus acts, she found herself suddenly in a relationship with music again. She still has days when she doesn’t want to open up her body, get it in tune and play, but inevitably the music still catches her and draws her into the rehearsal space and onto the stage. 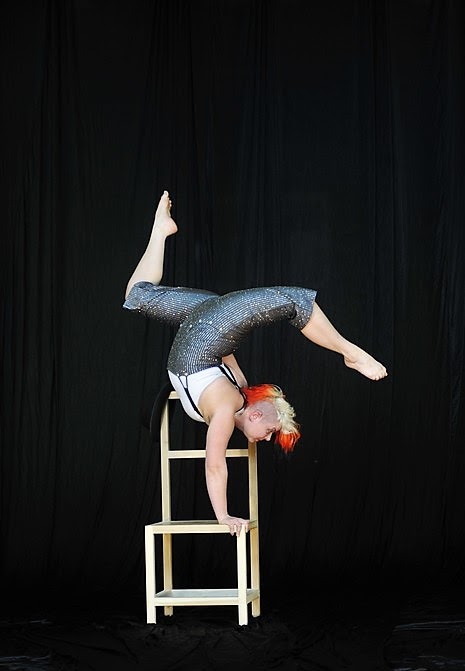 Next up, Marysia will be joining the cast of Goodnight, Absalom! with the Fox and Beggar Theatre for their three-week residency at the Lookout Arts Quarry and (fingers crossed!) a tour to follow. Marysia says, “I’m terrifically excited to dive into creating theatrical circus work with an ensemble, and the show is already rapidly evolving to reflect the current state of the world. Community Coorinator, Circus Student -United States
Sierra Rhoades Nicholls is the founder of CSAW (Connecting Circus Students Around the World) and is also Community Coordinator for CircusTalk. Originally from Missoula, Montana, Sierra was a gymnast for 10 years before pursuing a professional circus career. Sierra currently attends Circadium School for Contemporary Circus where she specializes in handstands and partner acrobatics.
Sierra's profile
You are about to enter a members-only zone.
To share this article on your CircusTalk member page and connect with circus professionals from all over the world, sign up now. It's free!
Sign Up
Already have an account?
Log in