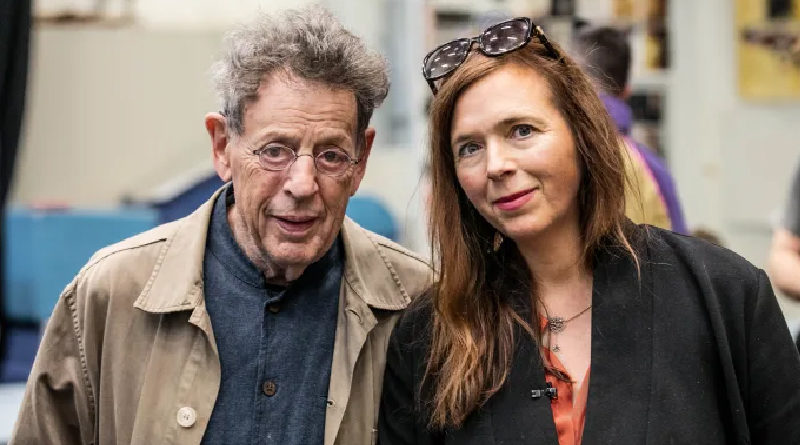 In 2021, Circus Days and Nights will have its world premiere. A new opera by Philip Glass with libretto by David Henry Hwang and Tilde Björfors, based on a collection of poems by Robert Lax. Circus Days and Nights is co-produced by Cirkus Cirkör and Malmö Opera, with a world premiere at Malmö Opera May 29, 2021. The tour then continues to Stockholm, Hong Kong and venues in England, Norway, France and USA.

”I have had the rights to the poem for about ten years, but I couldn’t write the piece because I hadn’t found my circus. When I saw Tilde’s staging of Satyagraha it struck me: Here’s my circus”
Philip Glass

“In Robert Lax’s poem and vision of the circus as a metaphor for life, I discovered a soulmate and ever since, Circus Days and Nights has had a permanent place on my nightstand. In Philip Glass’s music, I heard the ultimate circus music, music that commingles with the circus disciplines. Having the opportunity to bring together these two sources of inspiration is dizzying and fills me with a sense of humility in the face of life’s breathtaking leaps of faith.”
Tilde Björfors,

“I first met Tilde in 2016, when I saw Cirkus Cirkör perform Satyagraha at Folkoperan in Stockholm. I was wild with enthusiasm and asked them to bring the performance to the Copenhagen Opera Festival. An important part of Malmö Opera’s mission is to be engaged in the development of opera as an artform. This is one reason we are thrilled and honored to be involved in the co-production of this project.”
Michael Bojesen, Artistic and Managing Director, Malmö Opera

“I read the poems and I was really touched by their beauty, their simplicity in a sense, and yet their profundity. The way Lax envisions Circus as an act of creation and the cycle of putting up a show and taking it down is the cycle of life itself.”
David Henry Hwang

Cirkus Cirkör och Philip Glass
Cirkus Cirkör, together with Swedish opera company Folkoperan did an unique take on Philip Glass’s opera Satyagraha in 2016. The performance became a big success and performed in Stockholm. Gothenburg, Copenhagen and at BAM, Brooklyn Academy of Music, in New York. At BAM Philip Glass attended the performance and joined the ensemble during the curtain call. This became the start of the collaboration between Cirkus Cirkör and Philip Glass.

Premiere in Malmö followed by a tour
Circus Days and Nights has its world premiere on May 29, 2021 at Malmö Opera. An Opera House inaugurated in 1944, that has introduced many new works for a Swedish audience. Circus Days and Nights will then perform in Stockholm during the fall of 2021 and then continue touring with performances in Hong Kong and venues in England, Norway, France, and USA.

Robert Lax
In 1941, Robert Lax, then a 27 year-old writer and poet, met a family of traveling circus performers, the Christiani’s. Over more than a decade that followed, he continued to correspond with the family and visit them, forming a particularly close bond with the eldest son, an acrobat named Mogador. Lax even traveled with the Cristiani’s, and these experiences led to the creation of his iconic works Circus of the Sun and Mogador’s Book. Lax portrays circus as a transcendental act, a ritual which mimics the cycle of creation and destruction inherent in life itself.

Philip Glass
The musical style that Glass has evolved has been dubbed “minimalism.” Glass prefers to speak of himself as a composer of “music with repetitive structures.” In the past 25 years, Glass has composed more than twenty-five operas, large and small; twelve symphonies; three piano concertos and concertos for violin, piano, timpani, and saxophone quartet and orchestra; soundtracks to films and string quartets; a growing body of work for solo piano and organ.

The operas – Einstein on the Beach, Satyagraha, Akhnaten, and The Voyage, among many others – play throughout the world’s leading houses, and rarely to an empty seat.

Hwang is a Tony Award winner and three-time nominee, a three time Obie award winner, and a two-time Finalist for the Pulitzer Price. He is also the most-produced living American opera librettist, whose works have been honored with two Grammy awards, co-wrote the Gold Record Solo with late pop icon Prince.

Tilde Björfors
Tilde Björfors is the founder and Artistic Director of the Swedish company Cirkus Cirkör. Tilde has over 20 years of experience directing cross border stage performances in opera, theatre, circus, movies and exhibitions. Tilde has directed a majority of Circus Cirkör’s large scale productions, including Epifónima, Satyagraha, Limits, Borders, Knitting Peace, Wear It Like a Crown and Inside Out.

Her work has been presented on stages and theatres all over the world and she has been awarded with a numerus of prestigious awards for her artistic achievements among others the The Swedish H.M. The King´s Medal of the 8th dimension with blue ribbon and most recently the Premio Europa per il Teatro Prize New Theatrical Realities.

Cirkus Days and Nights is a co-production between Cirkus Cirkör and Malmö Opera with its premiere on May 29, 2021 at Malmö Opera. The work will then tour with Cirkus Cirkör.

This Article is a Press Release. Source: My News Desk