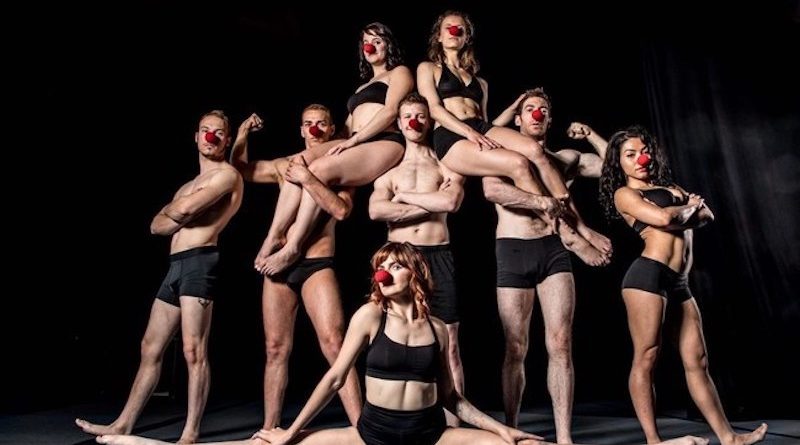 The Actors Gymnasium is expanding its nine-month Professional Circus Training Program to include a new concentration in clown, giving actors the opportunity to deepen their skill set through intensive training in physical theatre.

The curriculum will be partner-based and draw from techniques across a wide range of disciplines including physical comedy, devising, object manipulation, ensemble theatre-making, circus arts, Meisner technique, and more. It will feature regular performance labs to help physical performers increase their confidence onstage.

Sylvia Hernandez-DiStasi, Artistic Director says,“Clowning pushes you out of your comfort zone as a performer and shows you how to make bigger and bolder choices. Having spent a lifetime in the circus, it’s become clear to me that many of the most versatile and successful performers have a background in clown. It’s time for Actors Gym to stretch further in this direction and add even more skills to our students’ tool kit.”

Ms. Hernandez-DiStasi is developing the curriculum in collaboration with Adrian Danzig, who previously served as the Producing Artistic Director of 500 Clown, a renowned, Chicago-based clown theater ensemble that toured nationally.

Mr. Danzig explains how clowning pushes theatre’s emotional range and relevancy: “The clown uses humor to embrace the full spectrum of human experience. The clown we play towards is not naive. It is a 24-hour news cycle clown that carries the weight of the world on its shoulders and has been smashed by it. The clown is resilient. Even when it doesn’t win, it always survives the experience, and the audience sees that it’s possible to go through the fire, to transform, and to thrive.”

Since the program began in 2015, graduates have gone on to perform across the country, from Chicago’s top stages to Broadway tours and more.

The application process for next year’s program is now open, with students being accepted on a rolling basis but applying before June is recommended.