Prevention of COVID-19 Spread in Circus 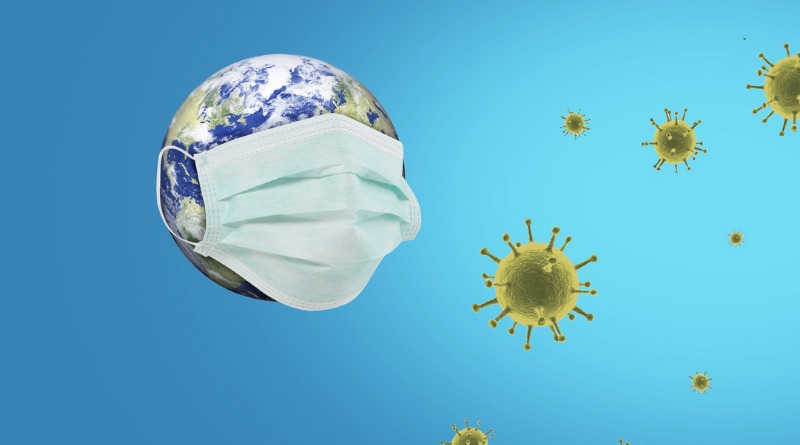 As the spread of COVID-19 (also known as the coronavirus) increases, reaching every corner of the globe, the circus industry, like every industry, is sure to be deeply affected. At the moment, the economic effect on the world and our fellow arts communities remains opaque, but one thing that is clear now and of utmost importance is identifying what we can and should be doing as a worldwide community to minimize the spread of the virus itself and to decrease the impact on human health. Organizations around the world are scrambling to outline their policies, and circus organizations are among them. Sharing and improving upon this information is one step we can all take.

On March 9th, American Youth Circus Organization & American Circus Educators executive director Tara Jacob sent an email titled Coronavirus Community Update to the extended network of circus community in the United States outlining simple steps to avoid the spread of the disease stating the need for caution ‘‘Since circus spaces are gathering points where many people come together and because many circus activities often involve close contact and shared equipment.” The steps AYCO and ACE recommend for students, administrators, educators, and parents are very similar to ones the general public has been receiving to avoid handshakes, wash hands, avoid touching one’s face, avoid contact with people who are ill and not to attend any classes, etc when sick. But the recommendation also goes a step further, suggesting that circus schools, studios, programs and organizations consider taking these extra taking steps for prevention.

Nicki Miller, a circus artist, director and educator in New York City reached out to instructors and studio staff in her region to advance the topic and to delve into the particularities of maintaining a circus studio/training space in such a climate, stating “I’m concerned about the way specifically circus spaces, but any gyms with shared equipment can practice responsible vigilance right now. Because carpet mats, cordes/trapeze ropes, span sets, and the tape we use on metal bars cannot be disinfected, and because even if they could and everyone compulsively washed their hands, many studios still use communal chalk and rosin–(which is) literally a petri dish for pathogens.”

Miller created a document titled COVID-19 and Circus that several of her colleagues have co-signed, which goes on to outline specific steps for studios that plan to remain open to minimize the spread of the coronavirus in circus communities. For example, she advocates for using spray rosins rather than powder rosins, or temporarily using only roll out and crash mats which are easier to sanitize as opposed to carpet mats. While Miller and her cohorts are by no means epidemiologists speaking with absolute authority on disease prevention techniques, they are all artists who have hundreds of hours of teaching and working experience in circus studios and they know the particular hotspots for germ swapping in these settings–ropes, mats, silks, etc.

Miller describes their impetus for the advice she is sharing with their local community, stating that “Creating communal spaces for physical activity (as opposed to sitting in theatre or restaurant seats) carries a heightened responsibility. We want to be able to come together and train, learn and be safe. Circus safety now means more than just responsible rigging (do that too). Experts remind us that this is not going to vanish overnight, or even over the next few weeks.”

Steven Santos, the moderator of the Facebook group Circus & Aerial Safety has created a similar document titled COVID-19 Updates and Precautions For Circus and Aerial Studios* (recently updated, see below for changes in recommendations or consult the current document) in which he has taken the advice of doctors and microbiologists into consideration. The document outlines current thinking on how frequently to clean equipment. The recommendations are a lot more frequent than you’d think–sometimes as often as every hour or after every use depending on the equipment, so please read the document for recommendations. It also advises on what type of cleaning solutions to use. Santos makes note of the need to be vigilant for modified recommendations as more is discovered about how to handle the virus which WHO has now declared as a pandemic since March 11th. Santos says “The amount of misinformation is high with this. Know that whatever you put out will likely need to change almost daily as we learn new things about this virus.”

Circus schools around the world are preparing similar public statements, but not going so far as to cancel classes yet, but attempting to reset expectations about the possibilities of cancellations while simultaneously assuring the public that they are taking measures of their own. One such example is Circus Center in San Francisco, which has made it clear in their front page statements that they are sanitizing and cleaning everything often and that they will temporarily modify their cancellation policy to assure makeup classes are feasible after an illness. They also are preparing their students for the possibilities of a temporary closure should one of their students or staff become infected with COVID -19 or at the behest of the local school system, to which they are beholden to respond as the facility is tied in with school property, according to executive director Barry Kendall.

Professional circus schools in Europe currently appear to be taking a conservative approach to prevention, taking direction based on information from their communities but also noting that information and updates are rapidly changing. The National Centre for Circus Arts in the United Kingdom says they are following the UK’s Health Agency Guidance planto contain and delay the spread of coronavirus with their guidelines. For resources, they list a link to the Public Health England’s website, and ask their students to keep up with the travel advice link and not to attend classes if they have been to any of the listed places.

At the moment, Codarts in the Netherlands is following protocol set forth by the Dutch government and still plans to hold their live auditions for students in April but asks for prospective students to contact them if they are planning to attend from at-risk areas.

Clearly, we have all seen how as the virus reaches more of the population, policies need to adapt to prevent further problems. In these cases, surely some difficult decisions will need to be made that weigh the cost of human safety against the cost of economic setbacks. Recently, in northern France for example, the first case of COVID-19 was identified to be a student of the Regional Center for Circus Arts in Lomme and the school was shut down for the weekend while it was investigated. After just a few days with closed doors, the authorities identified that the student had only been at the facility for 30 minutes before being sent home by staff. The school reopened a few days later with reassurances to the public from the mayor himself in a letter that included the usual recommendations to stay home if one is ill and to wash one’s hands thoroughly. Little was said about the steps that had been taken to assure the school was safe other than that the exposure time to the student was short and that the regional health agency had deemed it safe to resume operations.

On Broadway in New York City, more definitive measures have been taken with the entertainment industry taking the lead and canceling all shows effective today, March 12th, 2020. A Backstage article titled Broadway Shows Shut Down Over Corona Virus Concerns takes a speculative look at the economic fallout that will undoubtedly occur as a result of such measures, but also notes that an usher on Broadway who recently tested positive for COVID-19 has given naysayers in the performing arts community pause.

While the circus studios and schools of the world adjust their policies, the circuses of the world are making their own individual calls on whether to remain open or to close on a daily basis. Circus Krone released a statement on March 11th saying that due to the German government’s decision to restrict group gatherings larger than 1000 people, they will, therefore, be following the letter of the law and restricting their tent shows in audience size to 1000 (even though they can accommodate more than 3000 normally.) They also reassure their public that they have been disinfecting surfaces and spacing out seating more and will stay in touch with authorities about any necessary changes.

The circus world, like the rest of the world, is being called to action in the name of public health, and to act soon might make the difference between unknowingly spreading contagion to the wider community, or purposefully slowing its reach. Circus organizations around the globe are making difficult calls on whether or not to maintain or to temporarily suspend their operations and their decisions will surely be impacted by the current health status in their region as well as local and regional mandates. As the global situation develops, please make it your business to stay informed, to follow recommendations to increase hygiene and social distancing as the bare minimum steps, and to be respectful of others decisions to stay home, cancel or postpone their own attendance, as well as group classes or events.

We will update this article regularly with information from various sources as it arises. If you are a circus student, educator or administrator, please take the time to read the documents linked and to let the wider community know here what steps you are taking. If you are the representative of a circus studio or school who would like to share the details of a temporary closing, please inform us by email and we will share those updates here as well.

Meanwhile, here are some additional resources:

I Started Flying Trapeze After I Was Sexually Assaulted. The Sport Has Saved My Life.

July 17, 2020 Morgan BarbourComments Off on I Started Flying Trapeze After I Was Sexually Assaulted. The Sport Has Saved My Life.