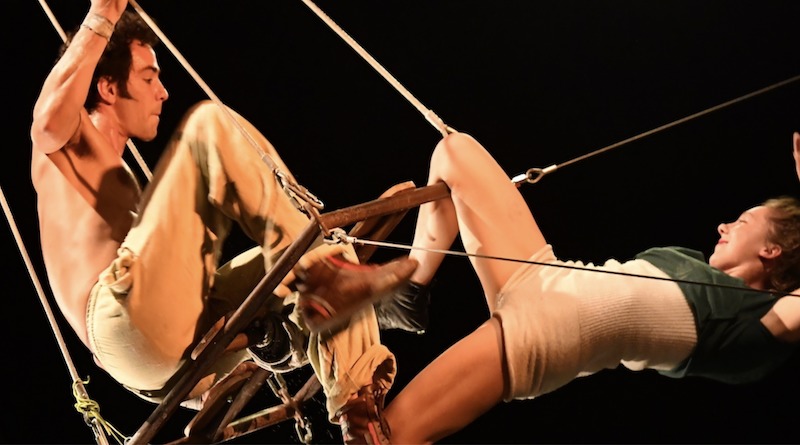 Between-Two- Biennales kicks off on January 16th and provides a month of excitement all around circus in the Marseille Provence area in France.

New magic, dance, circus, internships and intergenerational circus workshops are on the program for the 3rd edition of Between-Two Biennales event.

Every other year between two BIAC, Biennale Internationale des Arts du Cirque  a mini version of the biennale is organized.  In 2020, it will be the 3rd edition with 17 companies in 7 cities in Bouches-du-Rhône, a department in Southern France.

One of the highlight of the festival will be Cirque Plume with artistic director Bernard Kudlak, who will present their farewell show The Last Season. Cirque Plum announced in September that The Last Season will be their last touring show, as they close the company after this production.

The main organizer of the 2020 event series is Archaos, the emblematic creation company for contemporary circus located in Marseille. Archaos’ work is supported by many collaborative local partners, such as  the Théâtre du Bois de l’Aune in Aix-en-Provence; Les Elancées – Scenes and Movies West Provence; the City of Vitrolles; La Criée – National Theater of Marseille, Massalia Theater, Centaur Theater, ZEF – National Scene of Marseille and Silo in Marseille.

During the Between-Two-Biennales 2020, two regional companies hav been selected for residencies: The Merkén Collective, with the show Je Tirerais pour Toi and Compagnie Sôlta with the show Mute.  During their residency artists will be able to share their work and interact with the audience. These two residency shows are scheduled to be presented in the upcoming 2012 biennales.  The residency program highlights Archaos’ mission  to serve artists, creation and the public by building bridges between each other.