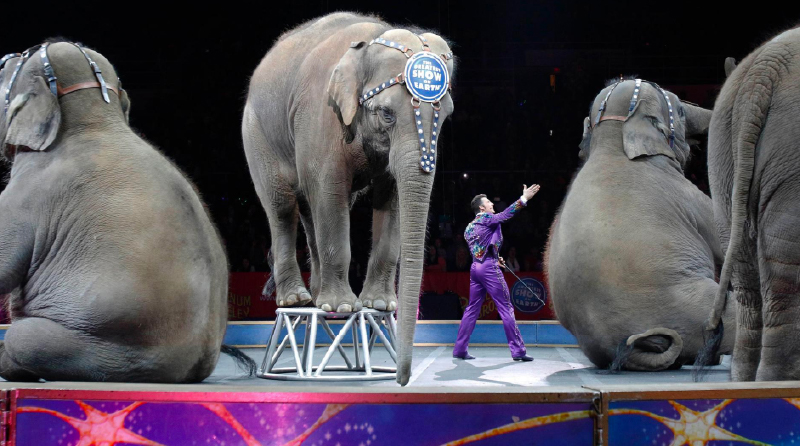 The retired elephants of Ringling Bros. and Barnum & Bailey Circus will be moving to a spacious new home at a Florida conservation center next year, concluding a journey that began in 2015 when the circus’s parent company, Feld Entertainment, first announced it would be phasing out its use of performing elephants.

White Oak Conservation’s purchase of 35 Asian elephants from Feld Entertainment, announced today, creates what will be the largest community of Asian elephants in the Western Hemisphere, according to the organization. Construction has begun on a 2,500-acre (four-square-mile) habitat that is slated for completion in 2021.

The new refuge will let the animals choose among different landscapes—including wetlands, grasslands, and woodlands—and will be speckled with 11 waterholes, each big enough for the elephants to wade in.

“It is a chance for us to let them return to just being elephants in a situation that is as close to the wild as we can make,” says Michelle Gadd, who leads global conservation efforts for Walter Conservation. (White Oak, owned by businessman and Los Angeles Dodgers owner Mark Walter and his wife Kimbra, is part of Walter Conservation, a division of the family’s philanthropic work dedicated to conserving wildlife…)

This winter, Hideaway Circus, Brooklyn-based circus, dance, and multi-media producing company, presents the world premiere of REFLEX, a new solo show from the

November 14, 2021 CircusTalkComments Off on Criss Angel and Franco Dragone Launch New Show, ‘Amystika’ On The Strip
Europe News and Events