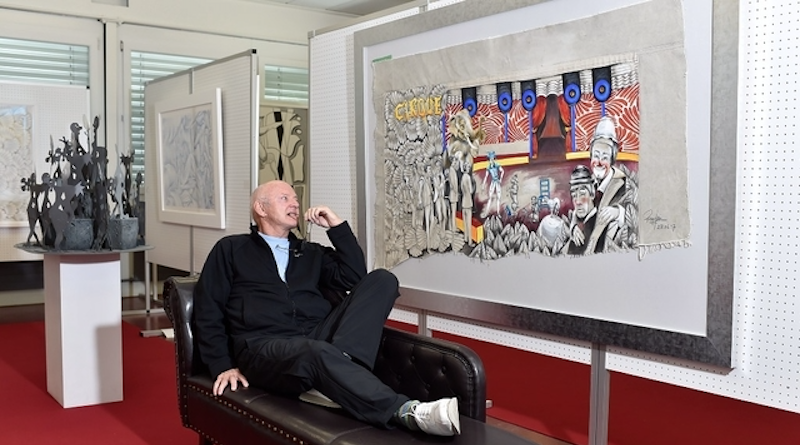 The artist spent six months in Spain’s picturesque island, Mallorca to work on his current collection of work. “Authenticity is the most important in every art form, and who could present circus more authentically than I, who has lived in it for many years, “says Rolf Knie to the Zürichsee-Zeitung.

The 68-year-old artist had spent a significant part of his career performing as a clown and a stage and film actor. For a while he juggled his two passion, circus and visual arts. In the 1990s, he decided to primarily devote himself to visual arts.