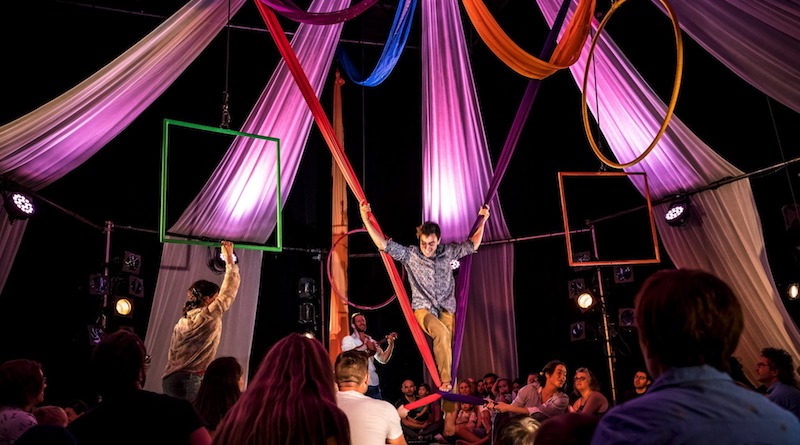 When I first heard about the shows that we would attend during this summer’s seminar, I got really excited. My first thought was: “Oh, I will watch incredible artistic works and be part of an international circus festival outside of Brazil!” So, you can imagine my excitement. I have been intensely practicing physical activities since I was a little kid, but feel like I’m very much still learning and developing as a circus artist. So, being able to watch so many shows during the festival is really awesome for me. Which tickets would I choose!? As an indecisive person who likes to learn and to experience, I chose every show as I was coming from very far and intended to participate to the fullest! 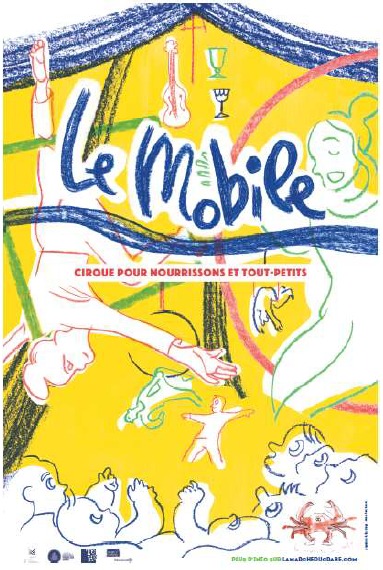 However, with a crazy life in Brazil, having so many things to finish before the trip, I couldn’t research the shows. We knew what some of them were about. As an aerial practitioner who works with children,Le Mobile was the one that I was most anticipating.

Saturday morning, the metro was taking longer than normally, so me and my colleagues had to run in the streets to be on time for the show. When we arrived (two minutes late), we entered the TOHU space and it was completely empty!Completamente!Complètement! So, we thought: “It is 10:30 a.m., it is early for a show, maybe no one is coming…”. Some guy approached us and told us that the show was actually at the back of the stage and we followed him by the aisle. I noticed that it was full of baby carriages, but I didn’t know why.

In the backstage there was a lovely tent mounted, some pillows inside and a lot of babies in the audience. I was enchanted by the scenario and by that particular scene. I confess also that I was a little bit worried about what could happen in the show. The babies were a little bit agitated, but the moment that the show began, they (and I) were hypnotized.

This show was amazing! It combined music, lights and movements that hypnotized the audience, just as mobiles do with babies. I can say that even adults were absorbed by the scene. It was truly a well-performed aerial and acrobatics show. The artists combined elements of strength and technique in a very light way. It felt like a calm and peaceful place, just like in a crib.

The dramaturgy was clear for the audience, even when they sang in French, they could translate their meaning with their body movements in a way that made the scene understandable for everyone. It was a really cute thing to experience on a very busy Saturday. It literally made me cry and think about the small things in life. 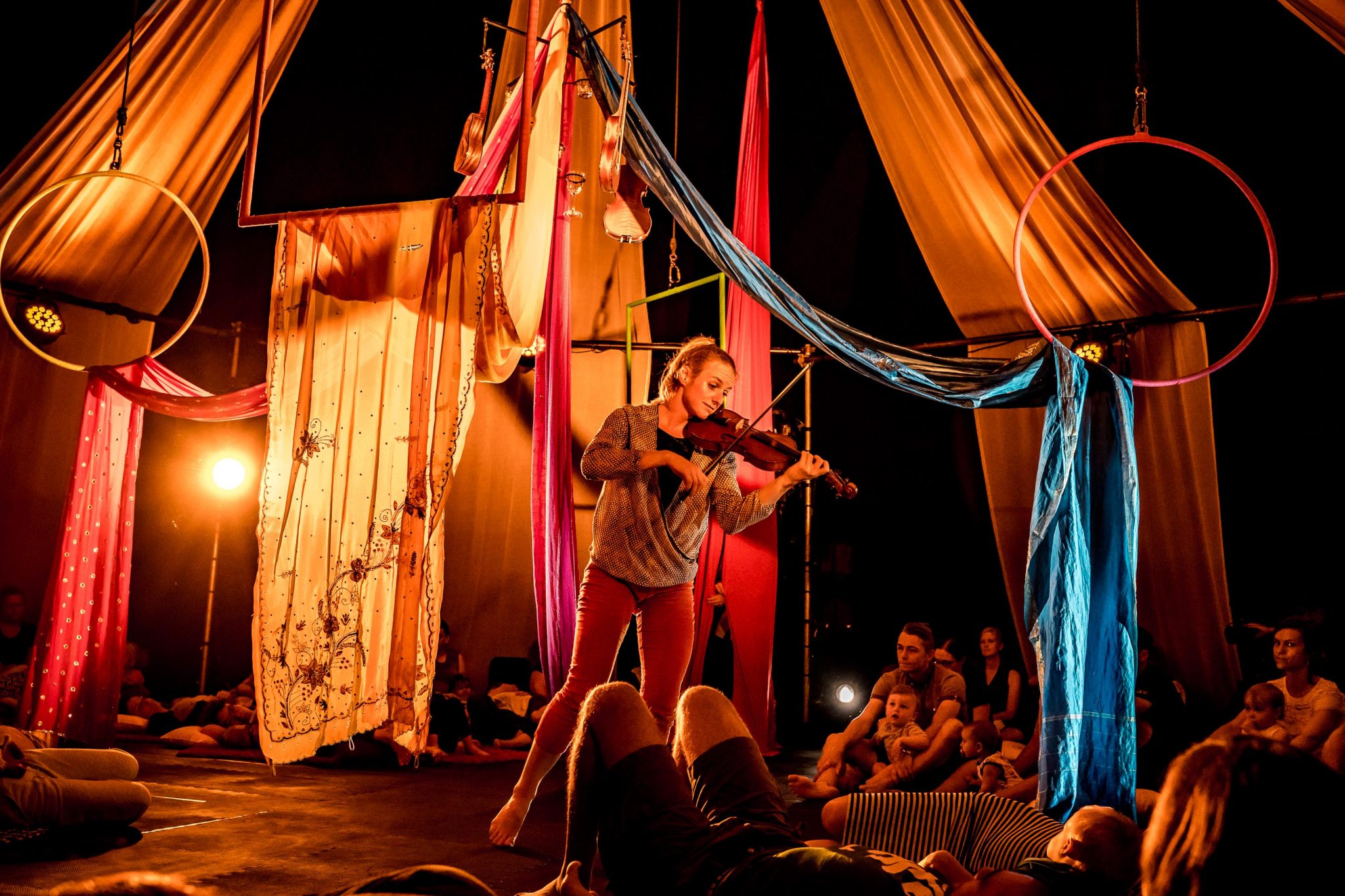 The small things are really important in life. They include things like the smile of a child, the way that we treat our friends, family and unknown people, as well as interpersonal relationships or communication. These things attract me.

As I wrote here, I was worried about the things that I had to finish in Brazil and about the exciting shows that I would watch here. I was so into this that I forgot to just be and wait for it. We need to just be. How can we make simple things become wonderful? For me,Le Mobile just did it…

Related content: Related content:The Body in Waiting,Circus Summer Seminar in Montreal, Meanwhile, Backstage…, What It Means When Circus Artists Take Part in Graduate Research Courses, The More We Learn the Less I Know,A Sequence of Blogs on Expertise and Ethics, Coffee talk with Maddy and Stacey–Finding the Intersection Between Circus & Dance,and The Male Duo in Circus, Un Poyo Rojo & Chute! Circus Artist, Academic, Educator -Brazil
Leonora Tanasovici Cardani is a Master’s student studying: “Teaching process of Circus in formal schools.” She is supervised by Prof. Dr. Marco Bortoleto at the School of Physical Education at the University of Campinas (UNICAMP-Brazil). She is an artist in the Aerotroop Circus Company (aerial skills) and at the UNICAMP Gymnastics Group (GGU). Also, she is a teacher and researcher of aerial skills and circus for kids.
Leonora's profile
You are about to enter a members-only zone.
To share this article on your CircusTalk member page and connect with circus professionals from all over the world, sign up now. It's free!
Sign Up
Already have an account?
Log in

Leonora Tanasovici Cardani is a Master’s student studying: “Teaching process of Circus in formal schools.” She is supervised by Prof. Dr. Marco Bortoleto at the School of Physical Education at the University of Campinas (UNICAMP-Brazil). She is an artist in the Aerotroop Circus Company (aerial skills) and at the UNICAMP Gymnastics Group (GGU). Also, she is a teacher and researcher of aerial skills and circus for kids.