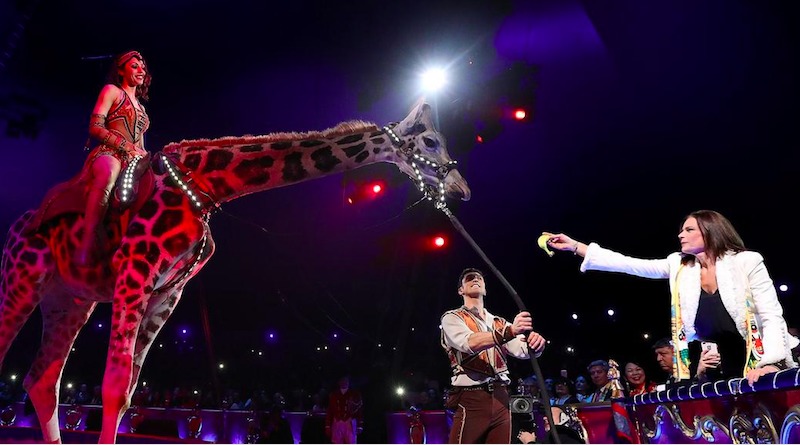 In an interview with the Le Figaro , Princess Stéphanie of Monaco has again stood up for the traditional circus.  She she hopes that the traditional form of circus will be included and preserved as heritage art.

The defense of the traditional circus has been a life mission for the Princess, who is also the President of the International Monte-Carlo Circus Festival and Honorary President of the World Federation of Circus. Princess Stéphanie de Monaco recently gave an interview to the French newspaper, Le Figaro, where she talks about her love of circus and her hopes to include the traditional circus in the cultural heritage of humanity. “The traditional circus is 250 years old and it’s the only multigenerational art form. In a circus family, from the smallest to the oldest, they all have the same magic in their eyes, “she explains.

The Princess has also endorsed the creation of a European quality label for traditional circuses and has been fighting against the prohibitions of circuses with animals, judging the approach as “undemocratic.”

“Why should traditional circus fans be effected by the opinion of 5% of people in the world,” she argues, adding that “the big cats used in circuses are all born in circus setting and bottle-raising.” The Monegasque princess is committed to educate the public about circus animals in order to convince animal opponents that their approach is unnecessary.

Link to the Article in French at Le Figaro.