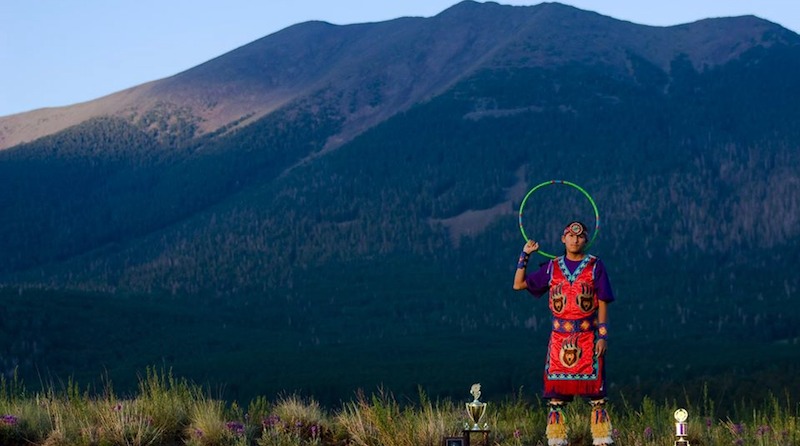 He left us too early as he was a few weeks shy of turning 31. Nakotah Lomasohu LaRance was a world-famous Native American Hoop Dancer and was featured in Cirque du Soleil’s touring production Totem with his spellbinding dance which combined athleticism and manipulation using 5 hoops to create different shapes in which he would pay tribute to his Native culture and it’s  connection to the natural world.

His dance was spellbinding and you felt his ancestors were proudly looking over his performance and thanking him for keeping their traditions alive. His Father, Steve LaRance, said “He would make people forget their sorrows, and bring both smiles and tears of joy with the magic of his dance.”

One of Nakotah’s greatest joys was passing on his skills to the next generation of dancers. His father Steve said, “He guided each child to find the beat of their own life path and the pride of their native culture.” Nakotah was featured in major production shows around the globe as well as acting in films, music videos, and modeling. His family describes him as a ” kind-hearted human being with no hate in his heart. He  would give you the clothes off his back, an individual you could just meet, and be the best of friends with two minutes later.”

His family plans to lay him to rest in the traditions of the Pueblo, Hopi tribe. Lomasohu was Nakotah’s Hopi name which fittingly means ‘Handsome Star.’ His family is part of the Pueblo Hopi community in Northern New Mexico and he is survived by father Steve LaRance, mother Marian Denipah LaRance, Sisters Nizho ni Denipah and Sonwai/Shandien and brother Cree.

Angelo Iodice, AKA AJ Silver, started his performing career as a professional trick rider. While on the rodeo trail, he learned and perfected the art of trick roping, which he now features in his high energy western variety act that also includes whip artistry, Boleadoras and comedy. AJ's act has been featured around the globe in European cabarets, circuses, stage, and musical productions as well as international TV. Last year he debuted his 75-minute solo show 'A Cowboy From the Bronx' to sold-out audiences in NYC.