In a 2000-seats open-air amphitheatre, this non-competitive( no-awards/no-jury) festival hosted through the years world premieres of top companies as Circa, 7 Fingers, Recirquel; great clowns as David Shiner, Avner, Leo Bassi, Jango Edwards; and hundreds of acts among the winners of  Cirque de Demain or Monte Carlo circus festival. 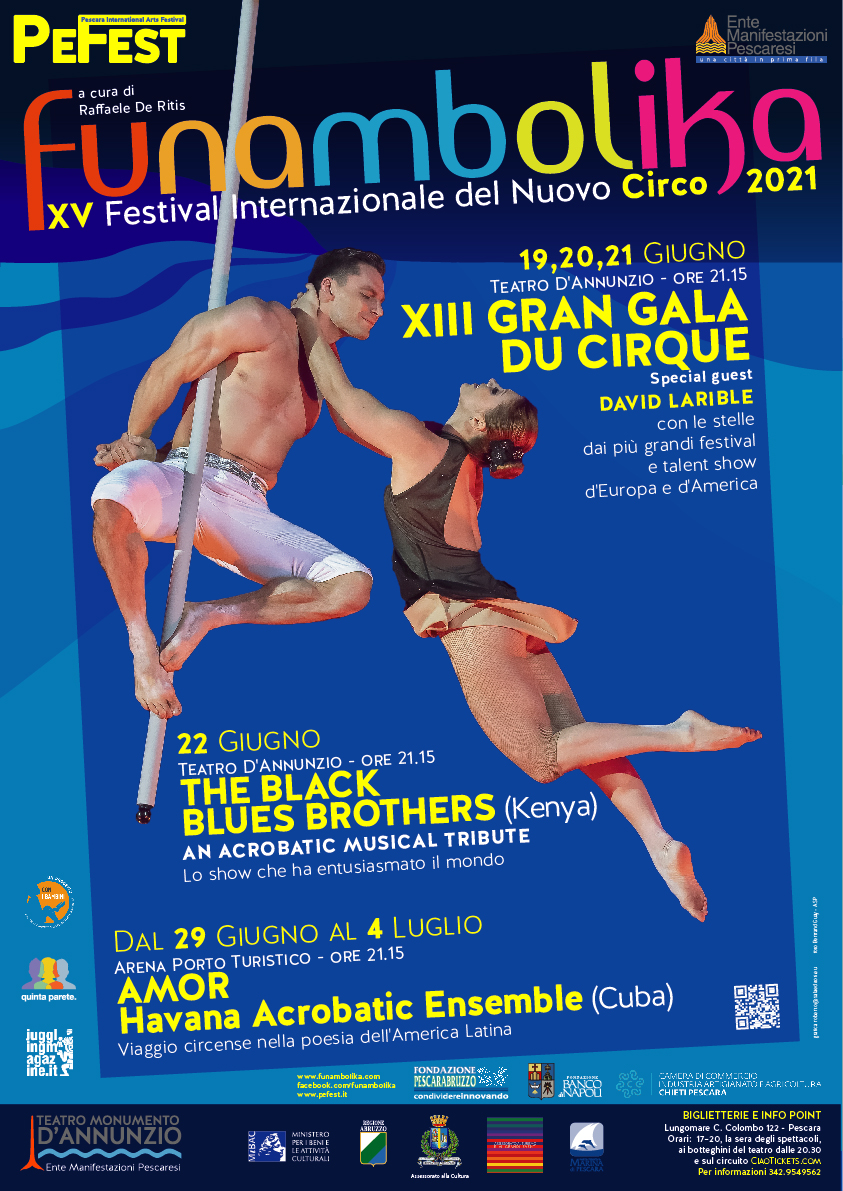 Other feature presentations will include “The Black Blues Brothers” acrobatic show (from Edimburgh’s and Adelaide’s Fringe festivals fame and multiple world tours) on June 22; and the world premiere of a creation by Havana Acrobatic Ensemble. The latter will be a show titled “Amor” and inspired by the literary works of Nobel Prize winner Gabriel Garcia Marquez, on the the theme of Latino music and culture.

As in the past, this year’s performers brings stories of different origins: from ancient circus families to Soleil’s recent stars; from ex-Soviet schools to “America Got Talent” winners; from Africa’s community educational programs to former Ringling’s headliners.

“It is incredible to have been able to reunite performers from 12 countries during those uncertain months” De Ritis says. “After having created in the past some of the greatest circus productions in the world, it was a dream for me to initiate this festival, bringing the circus to my hometown (where my passion started) and introducing to Italy the best of the last two decades”.

Funambolika is perhaps the sole circus festival in the world directly  organized by a public theatrical institution: this is Ente Manifestazioni Pescaresi, that by 60 years helds in Pescara one of Italy’s oldest summer seasons, including jazz, pop, ballet, theatre, and by 2007 the circus too.

The full festival program, with stories, photo albums and video trailers, is at www.funambolika.com