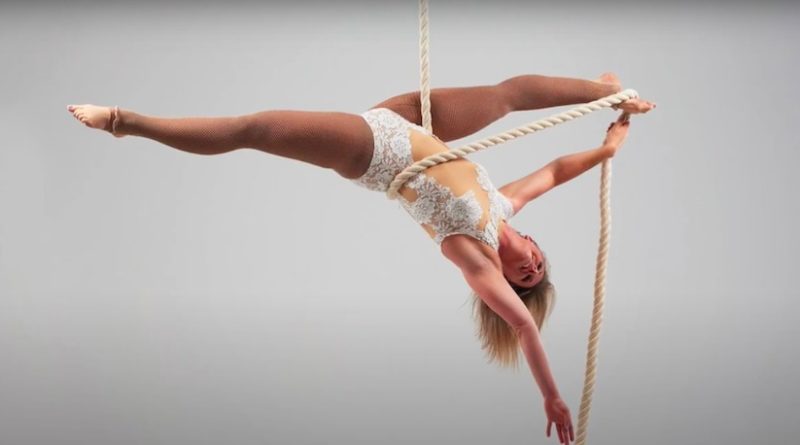 The beginning of the coronavirus pandemic threw the entire circus industry off track, including long-time performer Neisha Murphy. As the variety show star reevaluated her needs, she also reconsidered what was important to her and to the greater circus community. She has made it her mission to ask the artists alongside her what matters most to them. The Nonessential Project unpacks what it means to be labeled “nonessential” during COVID times. CircusTalk is excited to shine a light on artists’ COVID stories as we repost some of Neisha’s episodes.

Louise has been developing her performance skills since she was a child. She was the youngest of five children and was always determined to outshine her other siblings. Louise began classical ballet training at a young age and continued her dance training all the way through university. Louise studied a Bachelor of Creative Industries (Visual Arts/ Art History) at the Queensland University of Technology. Her creativity and love for physical expression finally lead her to Circus, and between 2005-2007 she studied Circus Arts at Circo Arts (CPIT) in New Zealand. At Circo Arts, Louise was trained by veterans of ‘The Great Moscow Circus’, Stanislav and Svetlanna Shurkin. Under their tutelage, Louise greatly advanced her skills, majoring in Swinging Trapeze, Hula Hoops and Tight-Wire. At the end of 2006, Louise returned to Australia to further her training and performing career, creating and performing unique pieces on the Trapeze, Hula Hoops, Aerial Ring, Aerial Silks and a hand to hand act. In 2009, 2013 & 2014, Louise travelled to Canada to train with the world’s foremost Swinging Trapeze coach Victor Formin of Cirque Du Soliel and Hand balancing coach Yury Bozyan. Since then, she has worked her acts on cruise ships (P&O Pacific Jewel), in nightclubs (Argyle (Sydney), PACHA Ivy (Sydney), East (Gold Coast), Family (Brisbane) and 560 (Vancouver), for contemporary circuses and television (Circa Contemporary Circus, Circus Monoxide), as well as shopping centres and high-end corporate events (Coffs Harbor Business Awards, NBN television Awards, Tourism Queensland , QPAC Yonda program, NSW Farms Cocktail, Optus, Kookai, Foxtel, Audi, Maquarie Telecom) just to name a few. When not training or performing, Louise loves directing shows and passing on her knowledge of circus to adults and young people.