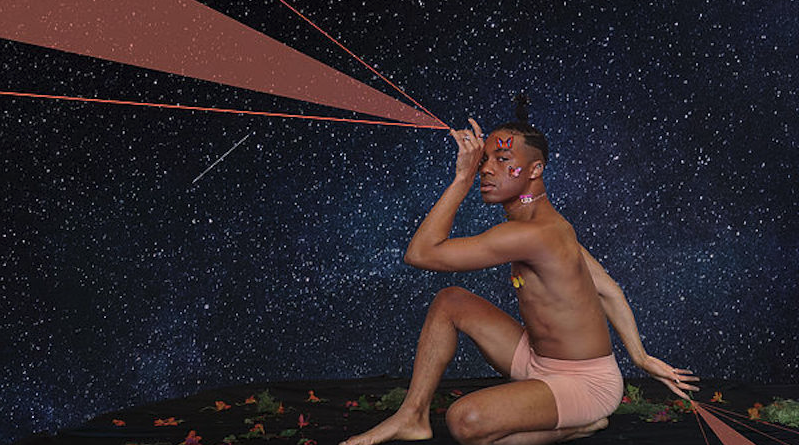 “Hey!” I hear from behind me. I turn around. A queer person is running down the stairs from the spoken-word performance piece I have just watched in a Unitarian church in Portland, Oregon. The person sports a rainbow-glitter beard. They are pointing at me. “Cupcake! You are Tiny Cupcake?” Three other people hear his call and turn around, expectant. “Uh, well, yeah,” I answer awkwardly, not quite sure what do to with the four strangers looking at me with genuine excitement and….gratitude? “Oh, wow!” the person says. “I saw your show last weekend, and it was wonderful! It meant a lot to see a circus company that was completely queer.” The other three strangers nodded. “Could I give you a hug?”And so, in the middle of a church, never exchanging names or pronouns, I hugged four strangers who came to me with opened arms and a ‘thank you’ on their lips.

This past April I played the part of Tiny Cupcake, a dumpster-diving handbalancer who lives in the fantastical(ly) queer world created by Sir Cupcake, aka Jack Stocklynn. My participation in the show lead to a search for other queer circus companies in the United States. I found several larger companies that identified as ‘queer’, but only two were able to give me full interviews. While I know that two companies among the possible hundreds (in the United States, let alone the world) make for a small showcase of what the world of queer circus has to offer, I found both interviews beautiful, and wanted to share them with others, if only so their voices can be heard.

One question that arose within both interviews was how to define ‘queer circus’, particularly in how it differentiates itself outside of social circus and contemporary circus. In Sir Cupcake’s view, social circus is specifically meant to “teach people circus, whether that be recreational classes or, as seen at The Circus Project in Portland, Oregon. [It is]circus that is meant to help uplift those in need.” For example, The Circus Project has several programs that bring access to circus classes for homeless youth in conjunction with various non-profits in the city. Queer circus, on the other hand, has two parts. First, the stories within the narrative are queer; “They are the stories of queer folk living their daily lives and normalizing something that so often is stigmatized.” Second, Queer Circus often has a desire to break the fourth wall and create a community with the audience itself. The audience has a role within the script. “The work is as much for the audience as for the performers,” Stocklynn says. Topsy Turvy Artistic Director India Davis adds that, “much of our audience that comes to our shows are not from the circus community but rather are a part of queer community, or a part of the many communities of color in the Bay Area. We provide a reflection that is not seen in other circus companies

“Why do we need to make circus fit into society’s boxes? We do fantastical things. Why uphold the status quo?”

“Contemporary circus often has similar goals to queer circus,” Stocklynn says, “where the goal is to connect and share a piece of themselves with the audience. The difference is that the ‘life’ portrayed in contemporary circuses are often white/hetero/cis ‘normal life’ things.” All of these types of circus can be differentiated from traditional circus where the main goal is to entertain, “rather than heal and connect.”

In both companies, the worlds that have been built reflect the need to create a different world from the one we live in, a world where the multiple identities of an artist can safely be shared. Topsy Turvy is a bastion of artists who are also all people of color; the world built in their three-part show PARADISE is “an afro-surreal epic” where the world is built using “afro-surrealism and afro-futurism, masquerade, acrobatic arts, pole dancing, queer club culture, pole dancing stripping, and burlesque.” The world of Sir Cupcake unites various circus disciplines, physical theater, contemporary clowning, self-written script, and drag. Stocklynn notes that “we [queer folk] build our fantasy worlds a little bit bigger and a little more robust because we have to, so when we bring it on stage it’s more fantastical.”

The underlying message is clear: being queer in the real world is not necessarily safe. So the building of the queer worlds takes courage. The sharing of outside-the-box individual stories takes courage. The creation of another world offers the protection queer artists and artists of color need to safely share their stories. “Stories are how we understand and give meaning to our experiences and feel belonging and find inspiration, and queer people and queer people of color need spaces to tell and see and feel stories that are reflective of our experiences,” India says. In “providing a platform for queer black and brown creativity and imagination, we are able to cultivate a celebration that we aren’t seeing anywhere else.”

“Performers can bring their full humanity to their artwork,” Stocklynn says, “and in doing so give the audience permission to bring their full selves to the world.” At what point do we stick to the traditional narratives and stories that express the dominant world-view—namely, a gender binary world where heterosexuality is predominately portrayed? If those kinds of acts and narratives are the acts that sell in a corporate environment, where and when do we have the space to express other parts of ourselves? Whether or not one identifies as queer or straight, explicitly queer circuses give space for any and all variations from the singular norm. “Why do we need to make circus fit into society’s boxes? We do fantastical things. Why uphold the status quo?” Stocklynn asked me.

Sitting at a couch in a cozy hipster café in Portland, Stocklynn suddenly turned to me. “I needed that show as much as anyone else,” he said, a tear coming to his eye. “I needed that reminder to take time to connect with my actual self.” How often must individuals hide their identities to survive in society? Near the end of the Sir Cupcake show, all the performers were on stage. We all took hands in a semi-circle. The artists at the end grabbed the hands of the nearest audience member; little by little other hands were clasped, until the entire audience was connected with cast on stage. “Are you ready to be a little bit brave, and a little bit tender?” Sir Cupcake asked us all.

“Yes,” was the resounding response, from cast and audience alike. Born in Portland, Oregon, Zoe Zou Stasko graduated from L'École de cirque de Québec in 2017. She majored in aerial straps and minored in handbalancing. When not training, she can be found reading science fiction, singing to herself, or writing blog posts for her blog Cirquespiration, found at zoezoustasko.com.
Zoe Zou's profile
You are about to enter a members-only zone.
To share this article on your CircusTalk member page and connect with circus professionals from all over the world, sign up now. It's free!
Sign Up
Already have an account?
Log in

Performer, Writer USA/CANADA Born in Portland, Oregon, Zoe Zou Stasko graduated from L'École de cirque de Québec in 2017. She majored in aerial straps and minored in handbalancing. When not training, she can be found reading science fiction, singing to herself, or writing blog posts for her blog Cirquespiration, found at zoezoustasko.com.