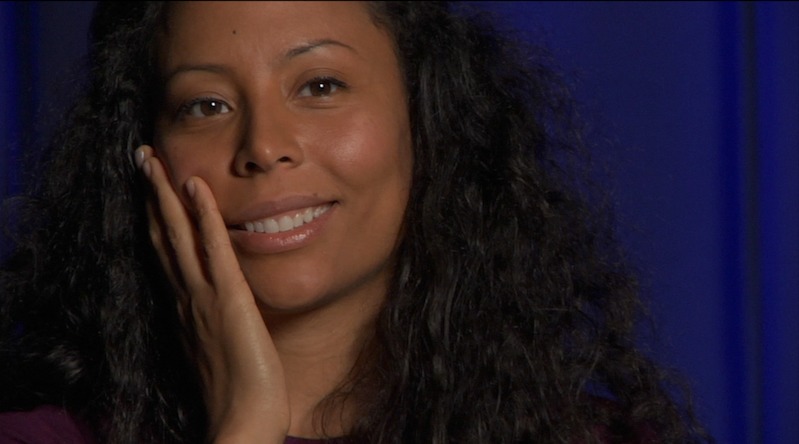 The Uncle Junior Project is a sharing of research on the African-American circus community sparked by respect for the work of circus animal trainer Emmanuel Ruffin (aka Uncle Junior), who was instrumental in the development of UniverSoul Circus as well as a role model to artists of color. Describing her regard for the figure of Uncle Junior, the project founder and circus artist Veronica Blair says, “In a lot of ways, he is my uncle, and the uncle of all of us who defy cultural and social stereotypes by stepping into the circus ring. I am honored and privileged to tell Junior’s story, and the story of other performers like him.”  Blair is now celebrating 10 years of the Uncle Junior Project (UJP) and she describes launching her documentary series as “a rebranding / re-launching to celebrate this milestone.”

I asked Blair who her mentors were when she was getting her start in circus and she replied, “As for mentors, Pa-Mela Hernandez (one half of the aerial duo Satin) was a great inspiration and mentor. LaNorma Fox, Gérard Fasoli and female clowns…Paoli Lacy, Sara Moore.”

In this eight-episode documentary series, Blair will explore the lives and impact of Black artists of color on the American circus, casting the spotlight on influential artists of the past and present. In episode number two, Susan Voyticky discusses her philosophy and background in circus.

Also, watch the first episode of The Uncle Junior Project which covers the work of Robert Dunn (aka Onionhead da Clown from the Hood)

Related content: In Center Ring – Episode 9: Veronica Blair: “I Can Push This Further.”

Veronica Blair is a professional aerialist with over 15 years of performing and teaching experience. She is currently Aerial Director for Celebrity Cruises Entertainment Expanding her portfolio beyond performing, Veronica launched the development of “The Uncle Junior Project” in 2010. The ongoing documentary shines a light on the careers of African-American circus performers, including Emanual “Uncle Junior” Ruffin who remained largely uncredited for his contributions to American Circus until after his death. In 2017, she was invited to speak at the Smithsonian Folklife Festival about her experience as producer and director of “The Uncle Junior Project”, and served as organizer and moderator on a panel highlighting the African-American circus experience. She’s also worked with the African-American Art and Culture Complex to stage "Entrapment to Entertainment: A Celebration of Blacks in American Circus", a three-month exhibition that ran from October, 2013 – January 2014 with over 1,000 attendees.